Back to the 80s: Transporting Audiences Through VFX and Color for It’s a Sin

Technicolor provided VFX and Picture Finishing – and used TechStream for real-time review sessions with the creators to deliver the series safely and remotely during lockdown. 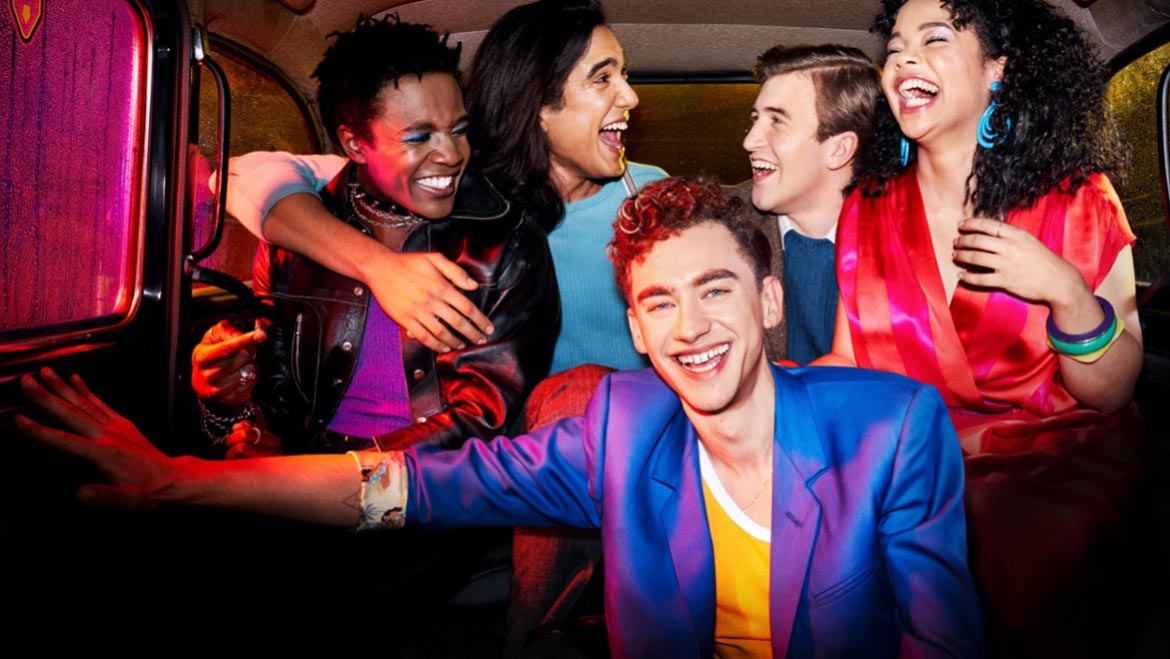 The 1980’s set series It’s A Sin explores friendship and love during the early years of the AIDS crisis. Fronted by a cast of established and rising talent, the show is written and executive produced by Primetime Emmy nominated writer Russell T Davies (Queer as Folk, A Very English Scandal, Years and Years), with Nicola Shindler (Happy Valley, The Stranger) also executive producing. Produced by RED Production Company, It’s A Sin makes its debut with Channel 4 in the UK and will play exclusively with co-producer HBO Max in the USA.

Technicolor provided VFX and Picture Finishing for the series, working closely with Executive Producer Russel T Davies, Producer Phil Collinson, Director Peter Hoar and Director of Photography David Katznelson to deliver all five one-hour episodes of the series – and did so safely and remotely during the UK’s first national lockdown using the TechStream app for real-time color and VFX reviews.

Technicolor VFX, the VFX division within Technicolor Post-Production, was the sole vendor on It’s A Sin, delivering 209 UHD shots with a focus on digital environment building to transport audiences back to the 1980s.

“We met with Producer Phil Collinson and Director Peter Hoar at the early stages of pre-production to discuss the script and VFX needs for the show,” said VFX Executive Producer Kate Warburton. “The creative brief was to make the shooting locations in modern day Manchester and Liverpool look like 1980’s London and New York. It was a great opportunity to build on our existing relationship with Phil, having previously worked with him on the period drama Gentleman Jack for the BBC and HBO.”

“We converted Liverpool into the busy streets of New York by adding subtle details to every frame,” said Bennett. “We added iconic New York buildings into the backdrop for the wide shots, as well as classic 1980’s advertising billboards, the American flag, and signature New York steam rising up from the subway. We also added CG traffic and crowds walking up and down the streets.” 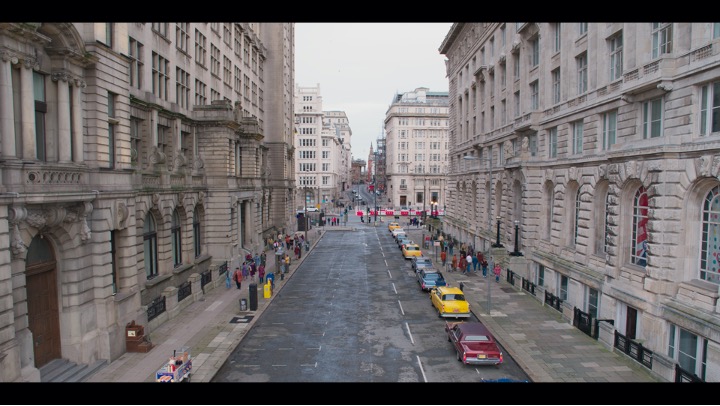 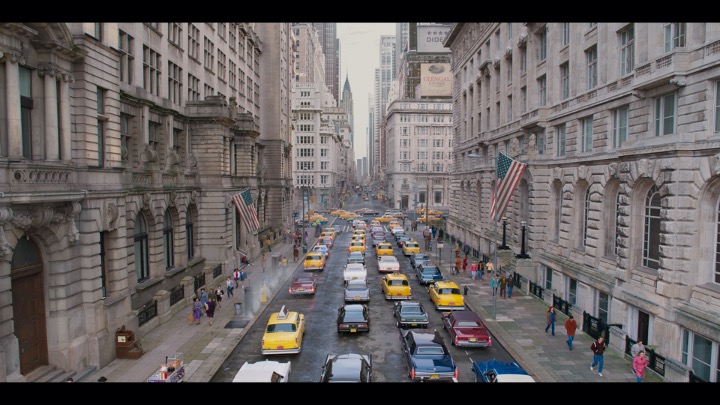 “Due to the pandemic, shooting plates on location became an impossibility when trying to create the main character Ritchie’s ferry journey from the Isle of White to London. Instead, we went full CG to build the sea and the boat – and used source photography of the Isle of White and added bird comps to make it look like a realistic voyage,” concluded Bennett. 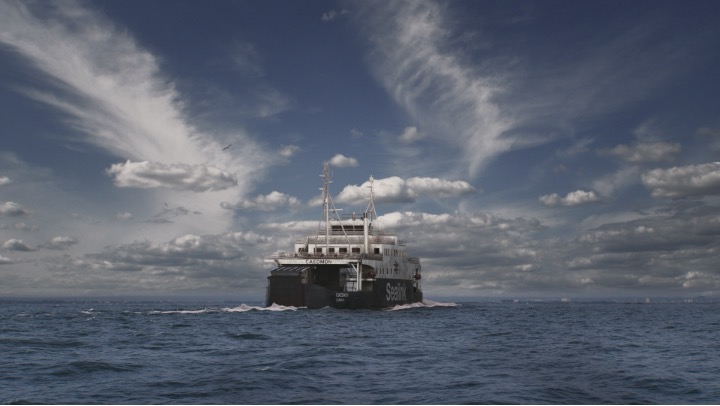 “It’s A Sin offered a huge challenge as we sought to bring to life 1980’s London and New York while shooting on the streets of modern day Manchester and Liverpool,” said Collinson. “It was a great pleasure to continue the professional relationship forged on Gentleman Jack with the team at Technicolor. Nick Bennett was a fantastic VFX Supervisor and he was both inventive and practical at steering us through the creative process.”

“Nick has such a modest presence but a vital one,” added Hoar. “No grandstanding, just strong clear advice and clever problem solving. A total asset and a good person to have at your side. The whole team should also be rewarded for seamlessly segueing into COVID online sessions. It really couldn’t have gone smoother.”

“Grading during a pandemic was a new experience,” said Katznelson. “Our first grading session was going to be a remote session – me at home with an iPad and Jodie in Soho. Having never worked together before, or even met in person, we were to grade five episodes over eight weeks.

“Ever since Peter Hoar and I talked to Jodie for the first time, from a recce (location scouting) bus in Manchester, we knew she was the right person for the job. She had the right energy and the right approach to the story. She is a brilliant collaborator and very visual. Within the first grading session she had gained my complete trust. When lockdown eased and I was able to go into Soho and sit by a proper monitor, seeing the image for the first time in HDR, I was blown away. It looked exactly like I had imagined – just better. All thanks to Jodie, who with a brilliant eye for detail, color and contrast, had made It's A Sin look amazing.” 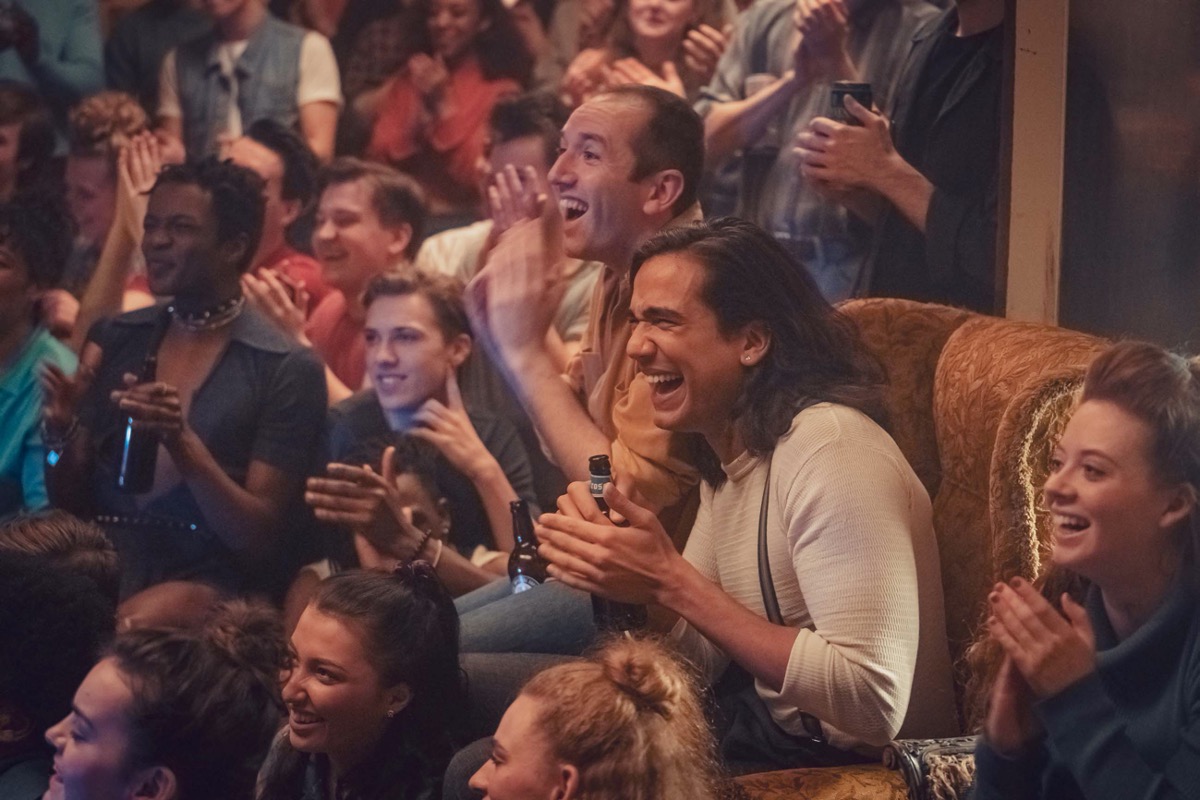 “Although set in the 80s, we wanted to keep a modern feel that reflected the vibrant, colorful lives of the main characters,” added Davidson, who graded the series in HDR Dolby Vision in ACES color space.

“The gorgeous images were shot by David Katznelson, who was an immense pleasure to collaborate with. Together, we created a look that had a cinematic feel, with loads of texture and color that kept true to EP Russel T Davies’ vivid memories of the time,” concluded Davidson. “I feel really proud to have worked on this series. It’s beautiful and heart-breaking to the point that I had to take breaks from grading in some sections, because I couldn’t see my monitor through my tears.” 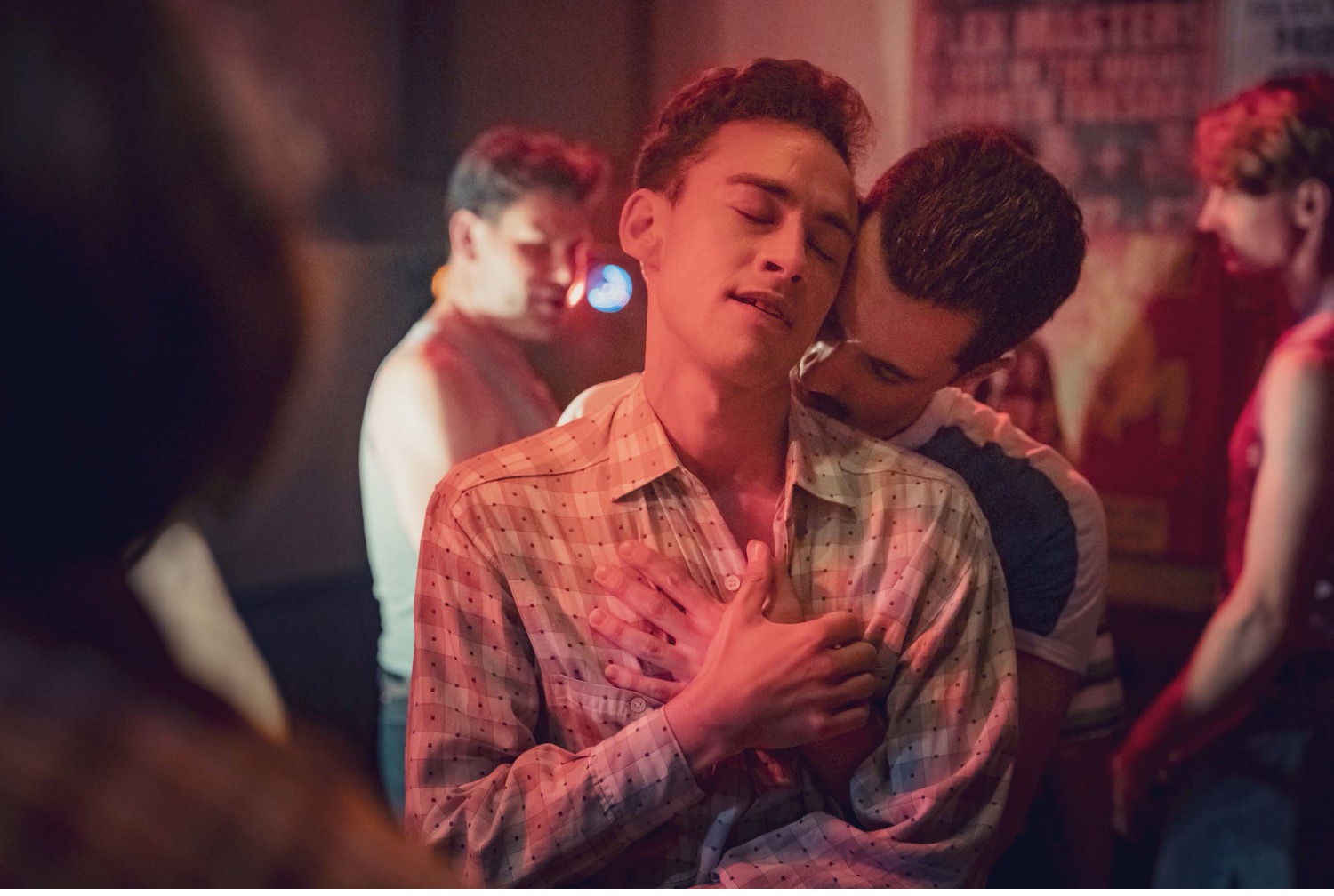 “Working with Jodie at Technicolor was an absolute joy,” agreed Davies. “Fast, detailed, intuitive, sympathetic work, and we had a great laugh, too. I’m delighted with the end results.”

It’s A Sin is available in the UK starting from January 22 on Channel 4 and coming soon to HBO Max in the USA.