Bringing to Mythical Life the Epic Tale of Troy: Fall of a City

Technicolor played a significant role providing picture post and VFX for the joint BBC/Netflix venture – as well as secure content management throughout production. 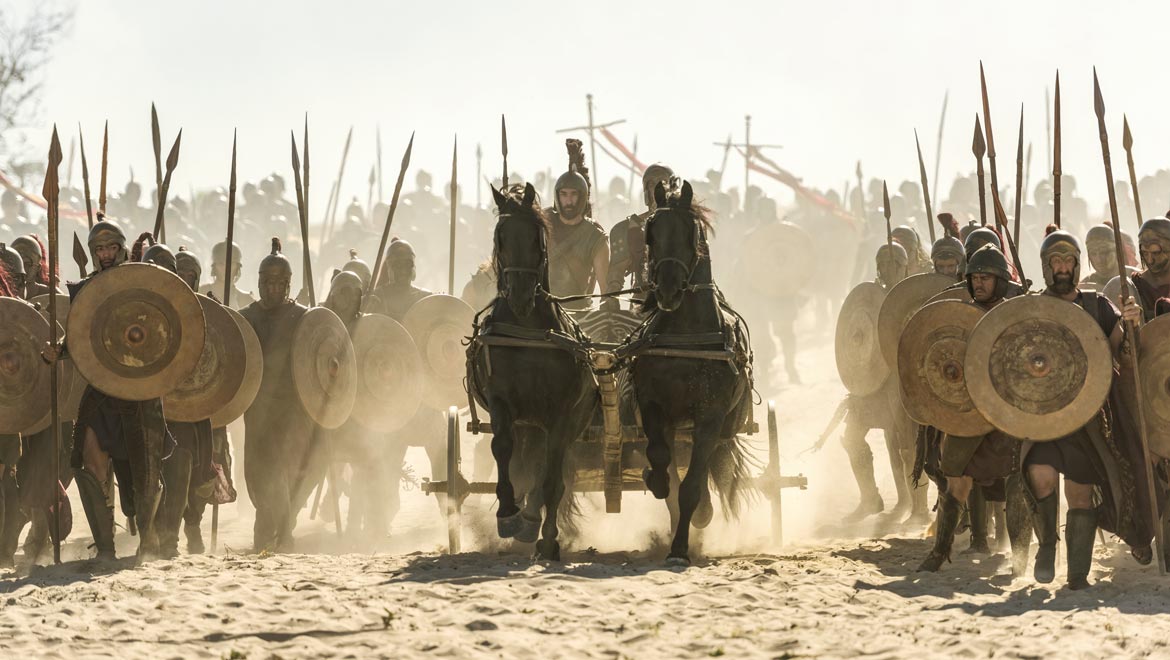 Netflix has teamed up with the BBC on an ambitious eight-part drama surrounding the events that set in motion the Trojan War. Based on Homer’s ‘Iliad’ and other Greek writers, Troy: Fall Of A City explores timeless themes of love, betrayal, and revenge through the romance of Paris and Helen of Troy.

Technicolor played a prominent role throughout production and post-production to bring this classic tale of love and war to the screen. In addition to Technicolor VFX and picture post services, Troy: Fall of A City marks the first time Technicolor’s proprietary content management software Pulse has been deployed on a UK production. Pulse – a secure, web-based platform that enables productions to access their raw footage anytime, anywhere – proved especially useful for the production crew shooting in South Africa. Pulse teams in LA and London worked closely with the show’s production, the color finishing team in London, and other VFX vendors to establish an ACES Linear Workflow pipeline, ensuring that all images were of the highest quality for rapid 4K delivery to all stakeholders.

All eight episodes of the series were graded by Technicolor Senior Colorist Kevin Horsewood using a color pipeline based on the ACES workflow and a custom color space. Six months prior to filming, Horsewood began discussing different looks for the show with Gustav Danielsson, the first DoP on the series. As he explains: “Gustav wanted me to generate a LUT, which he could use during filming in South Africa and I could use in the grade. The LUT I generated kept the warm tones and also protected the highlights and provided a nice curve to keep the detail in the shadows. The grade needed to evoke natural light, sunlight, and candlelight as it hopefully was in those times.”

In recreating the environment of Ancient Greece,Technicolor VFX in London contributed 225 VFX shots – all at 4K – providing extensive clean-up and comping work to remove signs of modern life, such as shoe prints and tire tracks in the sand. For key battle scenes, shot on handheld cameras notoriously tricky to track, VFX artists hand-tracked each frame to ensure each shot was delivered to the highest possible quality.

Check out the official trailer for the epic retelling of the Trojan War, now also streaming for Netflix viewers in the U.S.