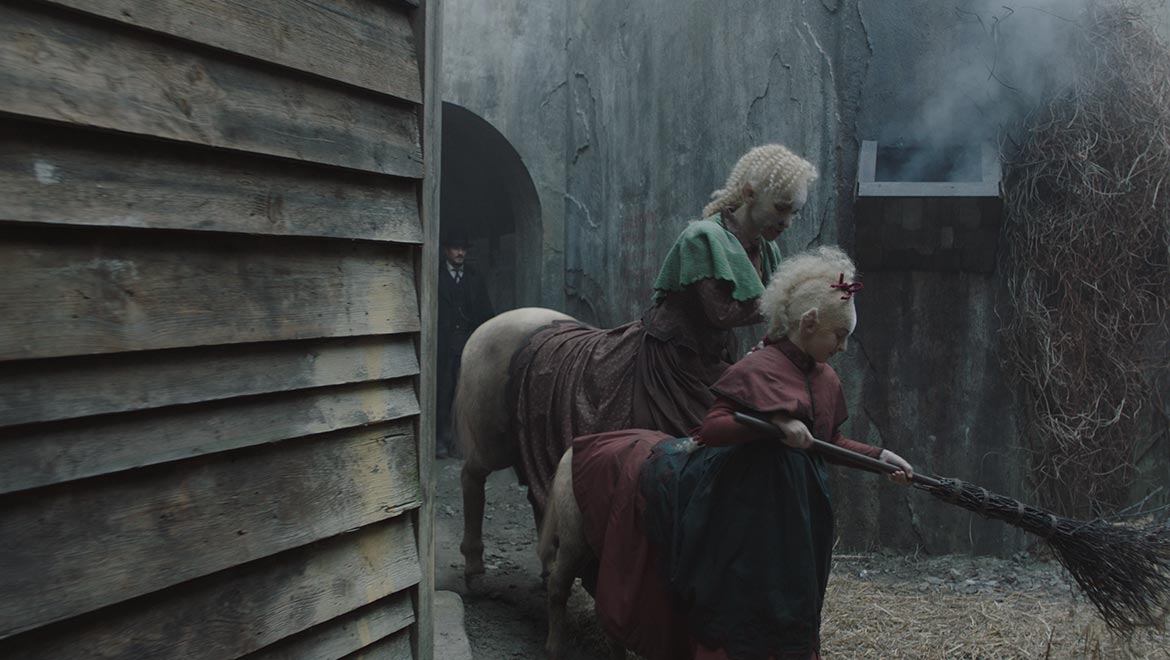 A serial killer is loose on Carnival Row, the seedy district where mythological creatures and refugees struggle to coexist alongside humans in an intolerant world. Investigator Rycroft ‘Philo’ Philostrate (Orlando Bloom) is alone in his efforts to find the killer and keep the peace, until his former Faerie lover Vignette Stonemoss (Cara Delevingne) turns up and forces him to confront his mysterious past.

Creating this full-on fantasy world with the filmmakers was a labor of love for VFX Supervisor Matt Glover and the MR. X team. They were involved early on during pre-production, when they helped to create high resolution digital matte paintings to be used on set during filming as translites outside of windows. Once post-production began, their involvement grew to include many different types of shots for the series – from CG creature to environment work – with MR. X studios in Toronto, Montreal, and Bangalore ultimately delivering a total of 236 shots.

Working closely with Production VFX Supervisor Betsy Paterson, the majority of their work was handling the set extensions for the eponymous Carnival Row – which included almost three city blocks. While the production built the ground floors of buildings on the main street – and populated it with stalls, rail stations, and other signs of city life – MR. X built on an additional story or two to the buildings, and topped them all off with roofs.

From there, their environment work extended even further, as Glover explains: “At the end of all the streets were large greenscreens. Here we created digital streets from top to bottom, adding CG crowds and stalls to keep them feeling bustling with life. We completed a number of other environments, including the Police Constabulary and the Harbor. And the trams that operate within the city are fully digital in all shots.”

In fact, viewers get their first glimpse of the extent of this world early on as Philo departs one of the trams, climbs down the rail platform stairs and enters the Row – in a single shot where the camera rotates almost 360 degrees.

In addition to all the environment work they did, MR. X completed work on the CG Faerie wings that enable characters like Vignette to fly. Additionally, they created the CG Centaurs, fantastical horse-like creatures, matching fur color and patterns for specific characters – and also matching the actors’ movements as they animated the Centaurs limbs, body and tail.

“It was tricky to integrate the movement and animation of the CG limbs and body to feel properly integrated with the actors’ real movement of their upper body,” explains Glover, citing an example: “An early shot features a mother and daughter Centaur sweeping, and the rotation of their arms needed to translate into the shifting of their hoofs with the correct weight transfer – otherwise it didn’t feel like one complete creature.”

With the efforts of MR. X, it also feels like one complete, weirdly-wondrous world.

Visit the team at MR. X to see more creature, environment, and all of the work they can do.