Technicolor enters The Quantum Realm with Marvel to tell the latest Avengers’ action- and emotion-packed story. 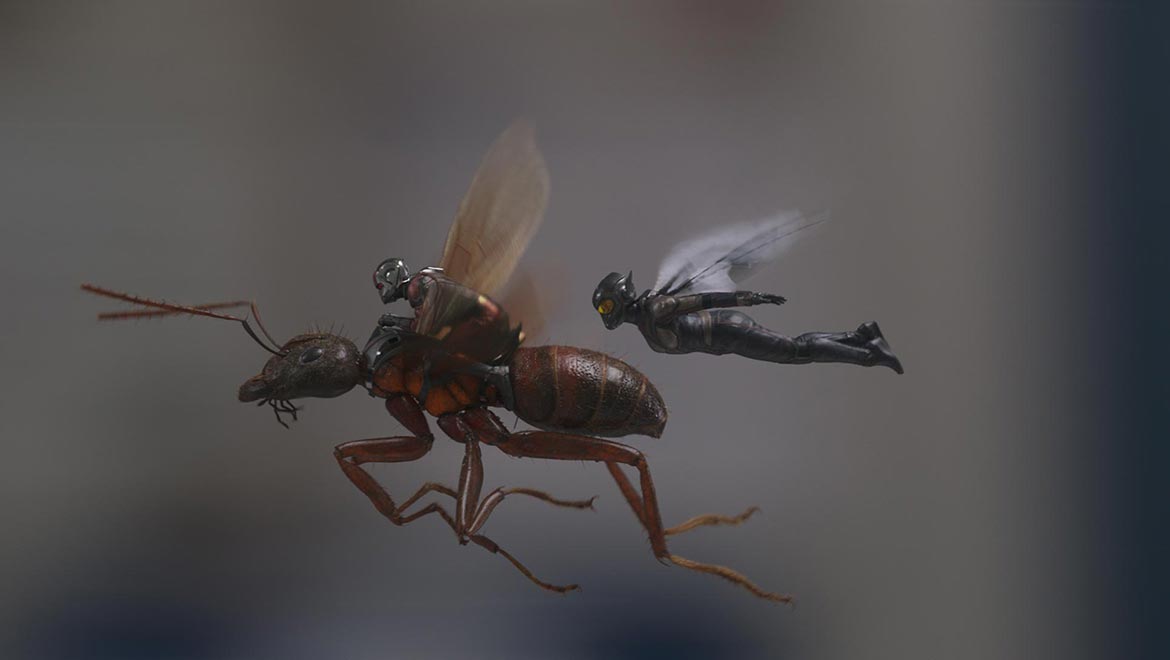 Technicolor's long tradition of working with Marvel Studios continues with its work on Ant-Man and the Wasp, the latest hit in the blockbuster franchise, which also marks a cinematic milestone in the MCU with its first female superhero getting title billing. The twentieth feature to be released in telling The Avengers' story, directed by Peyton Reed, enlisted Technicolor Visual Effects, Finishing, and Marketing Services teams.

Technicolor Supervising Finishing Artist Steve Scott has worked on many Marvel features, but this was his first opportunity to work with Dante Spinotti, A.S.C., A.I.C. – someone he calls a living legend in the industry. It was an exciting opportunity to see how the famed cinematographer known for classical drama would approach a modern-day superhero feature loaded with action and visual effects.

"As an artist, Dante brings weight, gravitas and a distinct point of view," said Scott. "He's all about capturing images that are compelling and dynamic shots. That's more important to him than being overly concerned with getting perfect visual continuity from shot to shot. I think that's the right approach. He knows we can work out minor continuity issues later in finishing. Artists like Dante look at what we do in finishing as an extension of their creative options beyond what they may be able to accomplish on set. Their vision includes knowledge of the tools and talent they'll eventually have access to in order to achieve the look they're after."

In addition to Spinotti, the Technicolor team provided a creative voice in close collaboration with Marvel/Disney EP Victoria Alonso and other members of the Marvel team, including Stephane Ceretti, Susan Pickett, and Evan Jacobs.

Marvel also returned to Technicolor Visual Effects for more than 100 shots on Ant-Man and the Wasp. To make sure all of the filmmaker's requirements would be met, they spent a crucial first few weeks working closely with the Marvel team so that everyone was on the same page. Combined with the trust and rapport already built with team members on past projects, Marvel was assured of the quick turn-around times, character consistency, and other quality expectations they required – more often than not with first-round approvals.

Though Technicolor has worked on many Marvel features, each one is different, especially given Marvel's desire to leverage the latest technology. This requires a flexible enough pipeline to conform to the unique workflows that come with each project and Marvel's needs for that particular feature. At the same time, it affords an opportunity for the team to find greater efficiencies while working with new technologies.

For Technicolor VFX Artist Tim Christensen, who handled the majority of the visual effects shots, the most he's done to date on a Marvel feature and the deepest he's gotten into the visual effects work, collaborating on Ant-Man and the Wasp was the stuff of boyhood dreams. "I've been reading Marvel comics since I was a little kid," he said, "and the opportunity to come to Hollywood and work on Marvel projects, and have whatever impact I can have on a Marvel feature, is pretty much a dream come true."

A team project through and through, a big thank you goes to all of those who made this project a reality, including: