Color and VFX by Technicolor Support the Intimate, Liberating Story of Gentleman Jack

Technicolor teams enable filmmakers to recreate an earlier time while filming in locations that have since experienced two centuries of modernization. 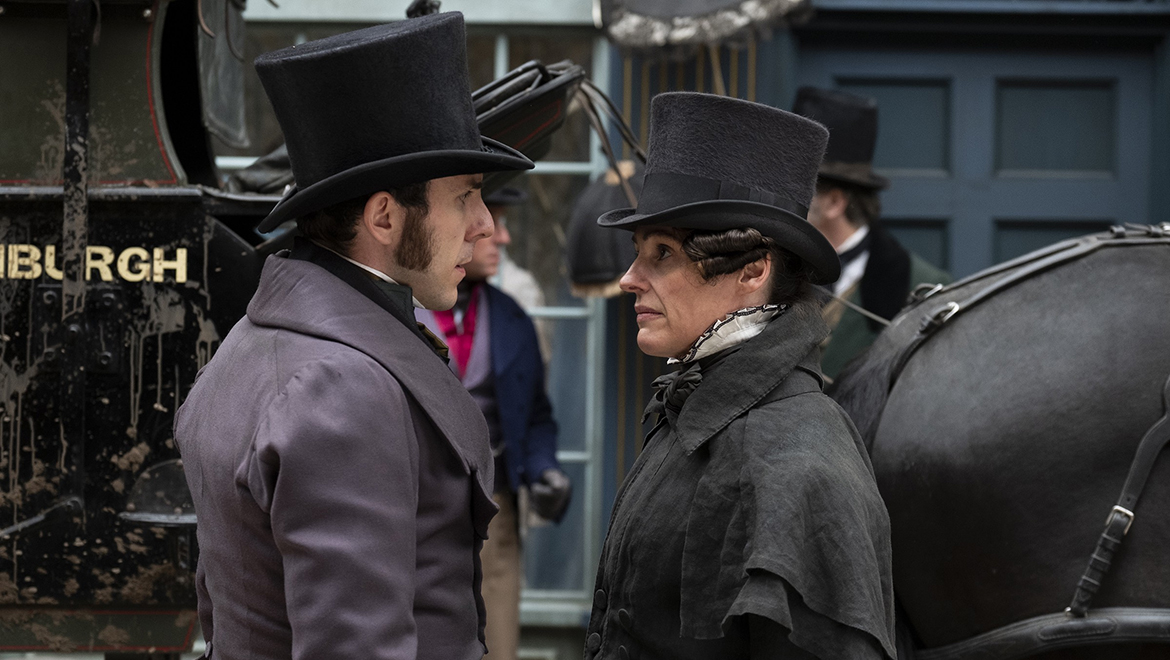 In 1832 Britain, Anne Lister was very much a pioneer and modern woman at a time  when discriminatory laws were enforced against women and the right to vote would not be granted for nearly another century. The new HBO/BBC drama Gentleman Jack helps to unpack her famous four-million-word diary that documented everything from her lesbian relationships to her travels and the tribulations of restoring her worn down ancestral home Shibden Hall.

For the team at Technicolor VFX tasked with helping to recreate the period, it was a case of looking at as much visual references from that time period as possible, particularly of Halifax in Yorkshire, Copenhagen, and London, where wide shots were employed. 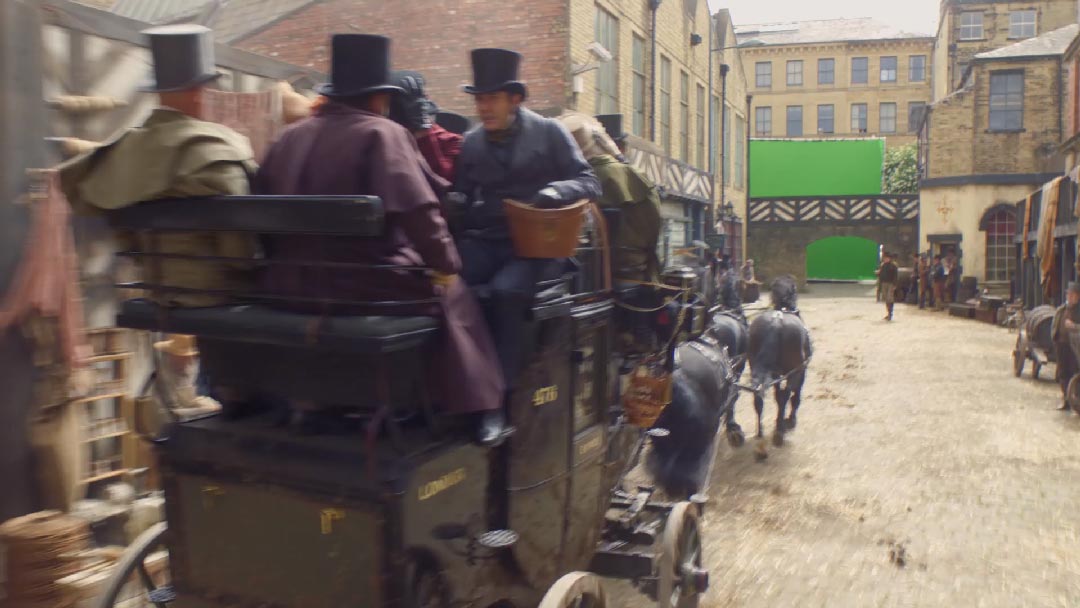 “We worked very closely with Production Designer Anna Pritchard and her team, whose office walls were covered in great reference images from very early on,” explains Creative Director Gary Brown, who led the team. “Incredibly, so much of the show was filmed in locations that Anne Lister actually lived in, visited, and travelled through. Understandably Sally Wainwright (the show’s creator, writer and director) wanted any work we brought to the screen to be as true to life as possible.”

Filming in locations that have been modernized over the past two centuries presented certain challenges to the VFX team. One such sequence involved Anne Lister’s entrance to the show in episode one.

“Every time we see Anne on the move, we feel her tour de force; and given that this was her entrance to the show, this scene was always going to exude energy,” Brown explains. “The challenge here was to extend the street in both directions, make period changes to existing buildings, create and slot in CGI Tudor buildings – whilst being filmed using free flowing Steadicam and Russian Arm camera moves being driven at speed. All this using anamorphic lenses, which of course look absolutely stunning, but make tracking and compositing more difficult.”

In addition to the work performed by the VFX team, Technicolor Senior Colorist Kevin Horsewood worked closely with DoP Matt Gray, who shot with a range of lenses, to develop the look of the eight-part series.

Watch Gentleman Jack on Sunday at 9pm on BBC One and Monday at 10pm on HBO. Catch up with episodes on HBO Go and BBC iPlayer.