The acclaimed Amazon Studios series returns for another intense season, welcoming back Technicolor senior colorist Roy Vasich to bring his expertise to its period look and feel.

Amazon Studios’ celebrated series Man in the High Castle returns for a third season, and Technicolor is thrilled to once-again help bring the series to life through color correction provided by senior colorist Roy Vasich. The series, based on Philip K. Dick’s 1962 novel of the same name, explores an alternative post-World War II history, in which the Allies have lost, and Nazi Germany and the Japanese Empire have divided the spoils, including the United States.

Vasich, who has color corrected the series since season two, was involved early in the production process. In August 2017, he was invited to join one of the series’ two cinematographers in Vancouver to view in-person the new props and scenery that were created for season three. Fans can look forward to some very cool visuals, he says, along with new locations and new storylines. The bulk of this season takes place in two huge metropolitan cities – New York City and San Francisco – with the space in between – Colorado and the Mid-West – serving as a sort of “no man’s land.” But in reality, this season was almost entirely shot in Vancouver (with some scenes shot in the California Desert), allowing for diverse environments and landscapes.

With the series’ two cinematographers living on opposite sides of the States, one might think it would pose a challenge in the post production process; however, Vasich found working on the series a very collaborative process, with both cinematographers highly involved in the color-correction process. With Jim Hawkinson in LA, they were able to go through the episodes together in-person; while with Gonzalo Amat, whom Vasich worked with previously on Believe, they used the Tech-to-Tech system for him to review the episodes remotely from New York. 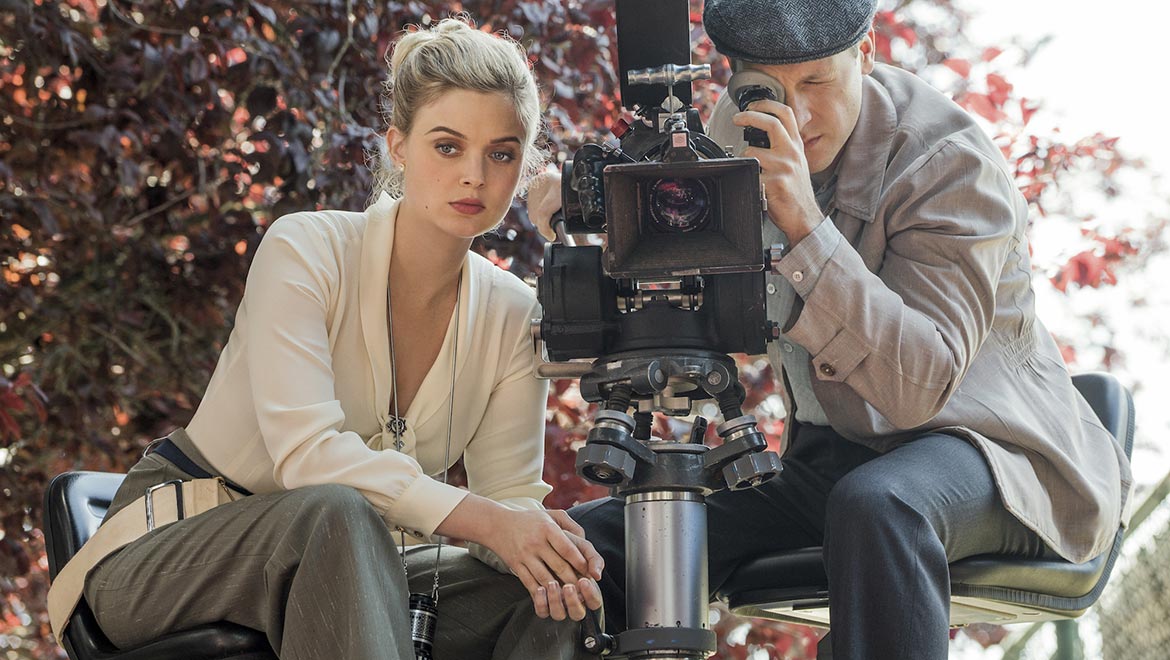 Color plays a major role in setting the tone for the series. Vasich explains, “Because the series takes place in the 1960s, the photography and color are crucial to the show. We definitely have a desaturated look and want it to feel old. When I first saw the pilot, it reminded me of looking at an old yellow newspaper.”

Elaborating further, Vasich said, “We also use color to separate the locations. While scenes in San Francisco have a warm, yellow tint to them, the scenes set in New York are very grey and steely. Because the story is so powerful, the colors are subdued because it would be too much of a visceral, punch in the face. There is a conscious effort to tone it down.

“Between the photography, production design, costumes, and writing – the bar is set so high. I need to be at the top of my game to work with all these talented people. Having said that, the fact that everything is captured so brilliantly, I just try to bring out the fine details to help tell the story best.”

In addition to the color provided on the series, the team included Technicolor editor Jon Van Wye and in-house producing managed by Emma Hulme. Technicolor Sound also contributed to the eeriness of the series through sound mixing, editorial, Foley and ADR.

See all 10 episodes of the third season of Man in the High Castle, now available for streaming on Amazon Prime.