Wireless home networks on the path to Wi-Fi 7

Wi-Fi performance was recently made obvious by the ingenious idea of giving numbers to the different versions of the wireless standard. Wi-Fi 6, 6E and the upcoming number 7: in fact, the industry has rarely seen so many improvements in such a short period of time. Let’s summarize the differences between these versions. 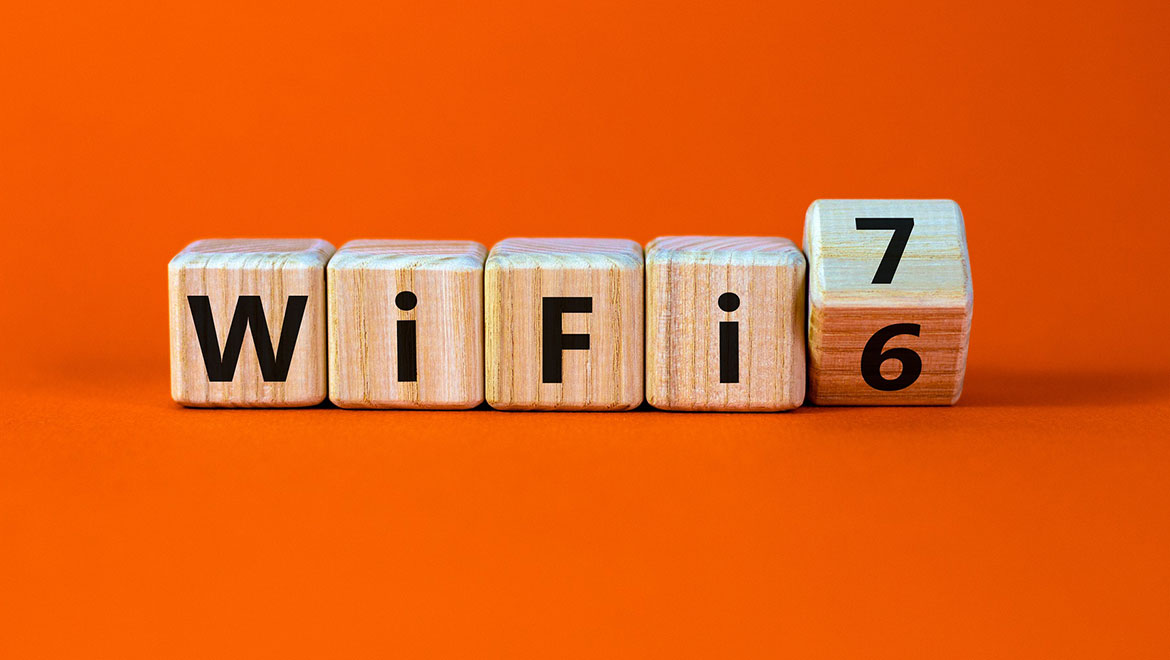 With a theoretical throughput that is 40% higher than the previous version of the standard, more and more Network Service Providers are adopting Wi-Fi 6.  In 2021, ABI Research is expecting 9% growth over 2020 and a market share of 86% by 2026 for Wi-Fi 6 devices.

Not only is Wi-Fi 6 faster, but the way it manages the network is smarter, which is a determining factor for its adoption. As a matter of fact, this new Wi-Fi standard makes it possible on the one hand to improve the connection speed, while on the other hand, having the ability to send and receive data from connected devices without generating congestion on the network. Indeed, Wi-Fi 6 uses the OFDMA feature (Orthogonal Frequency Division Multiple Access) which can divide channels into several sub-channels and therefore reach several devices simultaneously. In parallel, Wi-Fi 6 uses Mu-MIMO technology (Multiple User Multiple Input Multiple Output), allowing the wireless access point to manage requests from multiple devices simultaneously, instead of processing them chronologically (first-come, first-served).

To learn more on video over Wi-Fi 6, MIMO and Technicolor Connected Home’s expertise in testing in real-life conditions, download our white paper.

Another innovative advantage of Wi-Fi 6 is that it allows for greater autonomy of connected devices thanks to its TWT (Target Wake Time) technology. This feature informs the devices when to go into sleep mode in order to save battery life. All these features make Wi-Fi 6 connection more stable and faster both on individual networks and on high-density public networks.

Wi-Fi 6E on the starting blocks

While the Wi-Fi 6 standard equips a growing number of devices, a new evolution has emerged recently, called Wi-Fi 6 E. The benefits of the version «E» (Extended) are based on the speed of connection with the use of spectrum extended to the 6 Ghz frequency range. Higher than 5 Ghz, it allows a device to emit a theoretical connection rate up to 11Gbs, as well as provide lower latency. However, the use of the 6 Ghz range has been slightly limited to avoid interference with some previously used signaling and radar systems, as well as digital television.

With even greater performance, Wi-Fi 6E can be very useful, with adequate throughput and latency for applications such as augmented reality or wireless virtual reality, for example. The Wi-Fi 6E standard is also backwards compatible with previous versions, and it should be noted that this new frequency band can only be used by Wi-Fi 6 devices, which limits bandwidth congestion.

Wi-Fi 7 on the horizon

Wi-Fi technologies are constantly evolving, and it is relevant to speculate on when Wi-Fi 7 will be available. In fact, Wi-Fi 7 is currently in the definition phase and this new standard is expected to launch in 2 to 3 years. According to the Wi-Fi alliance, Wi-Fi 7 focuses on physical (PHY) and medium access control (MAC) improvements capable of supporting a maximum throughput of at least 30 Gbps to increase performance, enable Wi-Fi innovations, and expand use cases. Additional Wi-Fi 7 enhancements will support reduced latency and jitter for time-sensitive networking applications including AR/VR, 4K and 8K video streaming, automotive, cloud computing, gaming and video applications, as well as mission-critical and industrial applications. Innovative technologies such as CMU-MIMO (Coordinated Multiple User Multiple Input Multiple Output) will also be part of the mix. The CMU-MIMO will distribute channels between multiple routers for better coverage and stability. As with other Wi-Fi generations, Wi-Fi 7 will be backward compatible and coexist with legacy devices in the 2.4, 5, and 6 GHz spectrum bands, but the width of each channel will be doubled from 160 MHz to 320 MHz. Finally, Wi-Fi 7 will adopt a new modulation method, allowing compatible devices to gain capacity.

Technicolor Connected Home is a pioneer in integrating Wi-Fi 6 into all product ranges.