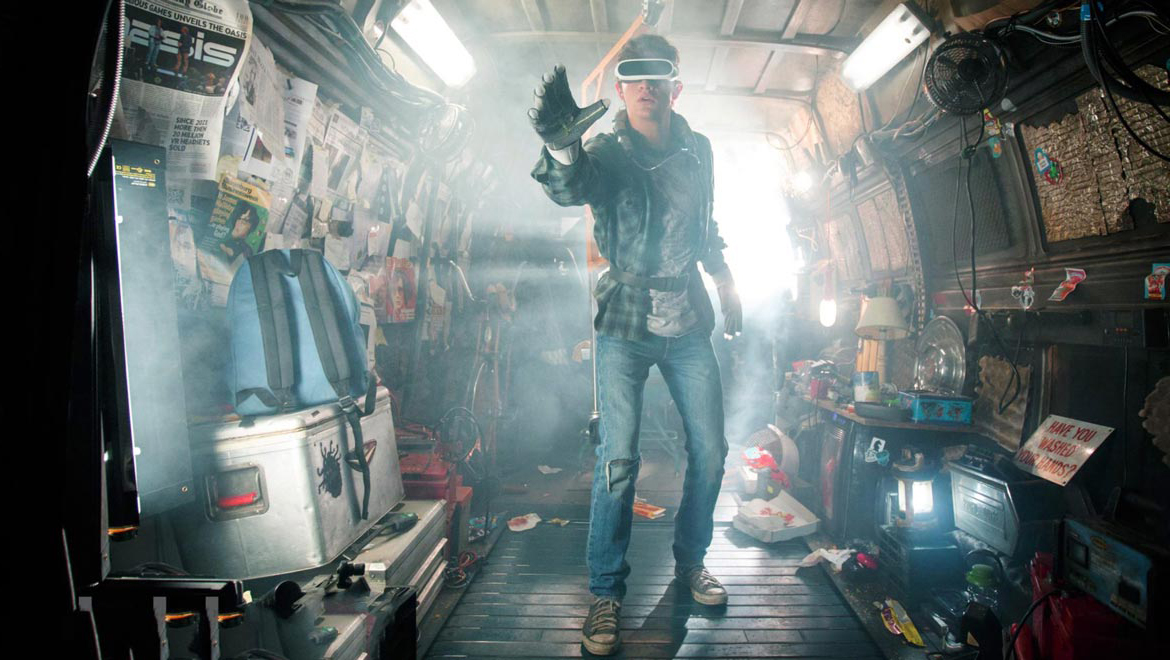 Expectations for Steven Spielberg's Ready Player One, already high, skyrocketed after its "surprise" world premiere screening at SXSW just three weeks before hitting theaters. In Ready Player One, based on Ernest Cline's best-selling novel, the creator of a virtual reality world called the OASIS dies, sending VR gamers – including our hero Wade Watts (Tye Sheridan) – on a quest to find a coveted "Easter Egg", and the fortune left behind. According to Variety, "The movie has the potential to be a mainstream cultural moment that fuels interest in VR the way the overnight hit of augmented-reality game "Pokémon Go" vaulted AR forward."

Rejoining Spielberg and his acclaimed cinematographer Janusz Kaminski on Ready Player One were Technicolor's Senior Supervising Digital Colorist Michael Hatzer and Senior Producer Bob Peishel. The frequent collaborators last united for 2017's The Post – a testament to the team's complete versatility as they transitioned from real life historical drama to virtual reality fantasy adventure set in the imagined future of 2045.

"Steven's visual approach to Ready Player One was completely different than with Lincoln, Bridge of Spies, or The Post," said Hatzer, who flew to London at the start of production with Project Manager Ladd Lanford and Assistant Colorist Jason Myres to establish the dailies pipeline with his long-time Dailies Colorist John Vladic and Dailies Supervisor Chema Gomez. "He [Spielberg] immersed himself in creating every aspect of the OASIS to produce a rich tapestry with remarkable detail that allows everyone to fall deep into the Spielberg movie going experience."

Charged with striking a balance between two visual extremes – the dystopian "real world" shot on 35mm film by Kaminski and the pure CGI virtual world of the OASIS created by visual effects supervisor Roger Guyett of ILM – Hatzer worked extensively throughout the DI process with Guyett to ensure that the looks established in production with Spielberg were maintained or enhanced in the final grade. Typical of big studio tentpole productions, there were a myriad of deliverables, with one in particular noted by Hatzer.
"I think from the outset, we all realized Steven was creating a visual thrill ride that would be best experienced in a Laser 3D format," explained Hatzer. "That became apparent early on when I was showing Steven selected scenes we graded together with the xenon projector, butterflied against the laser projector in my DI theater at Technicolor. Because of its powerful light output, near-zero black levels, and exceptional contrast ratio, we were seeing all kinds of incredible detail and clarity in the image, especially in the highlights and shadows, that we couldn't see before."

Because it's important to Spielberg that his feature color grade translate accurately and consistently across all media sources, he entrusted Hatzer to grade and supervise all theatrical trailers, TV spots, Internet and media stills for Ready Player One. Hatzer worked directly with Producer Sean Ware from Technicolor Marketing Services, as the group spearheaded post-production efforts for all trailers. The team not only created efficiencies in getting the trailers completed by utilizing the feature pipeline, but they also ensured the creative intent of the film was maintained in the marketing materials by working hand-in-hand with the feature color team.

Deliverables included 2-D and 3-D color grades for the theatrical release, including IMAX. Video deliverables, including an array of both HDR and SDR masters for the home market and a 2k version to UHD, were done under the supervision of Colorist Jason Fabbro.

Experience the futuristic virtual world of the OASIS in theaters near you!