“Through all [her] journey, she has been a beacon of achievement for women engineers and scientists,” says awards citation. 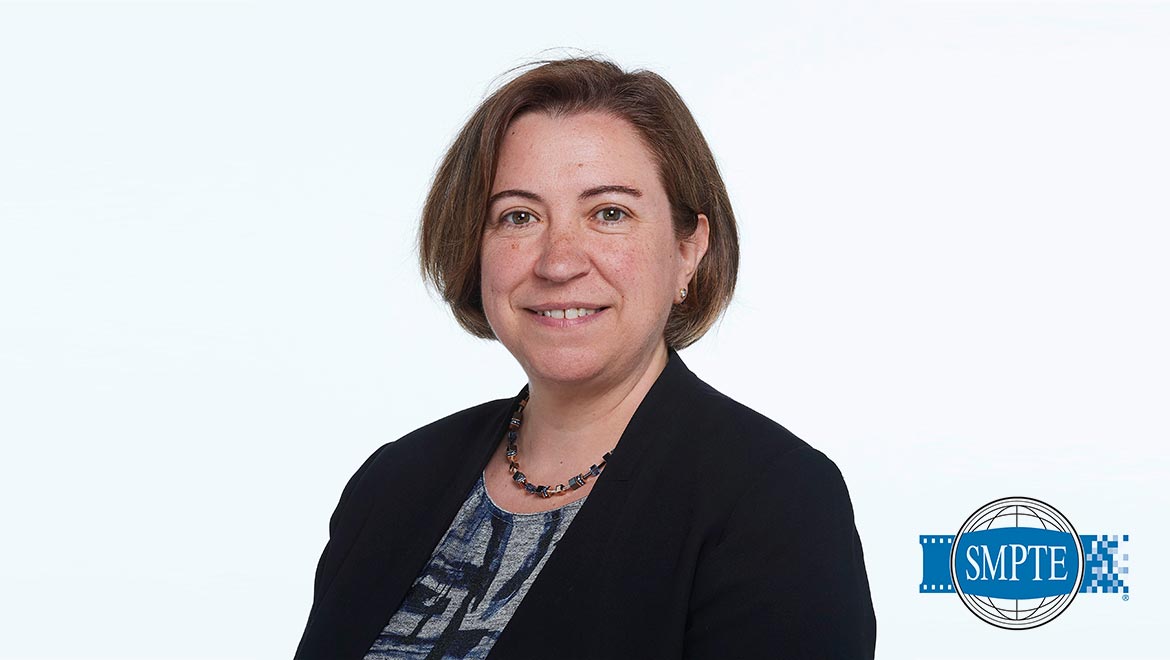 Cristina Gomila will receive the Society of Motion Picture and Television Engineers (SMPTE) Progress Medal at its 2019 Awards Gala on October 24 at the Westin Bonaventure in downtown Los Angeles. SMPTE is where industry insiders gather to learn about the latest technologies powering the future of storytelling. A highlight of the event is the Awards Gala, which this year features gala host NASA science writer and comedian Kasha Patel, and Apple co-founder Steve Wozniak honoring the 2019 SMPTE Fellow class.

The SMPTE Progress Medal recognizes outstanding technical contributions resulting in significant advancements in the development of motion picture, television, or motion imaging technology. It was awarded to Gomila for her leadership role and many contributions to the industry throughout her career at Technicolor – where she rose to the position of CTO – including the science of algorithms where she holds numerous patents in video coding and other media technologies; capture and editing of light-field images; production of VR/MR immersive media; and optimization of VFX workflows and other production tools.

Gomila recently sat down for a joint interview with Barbara Lange, Executive Director of SMPTE, to discuss the SMPTE Progress Medal and its greater significance.

Cristina, can you give us some background on yourself and how you got started on your career path to become an engineer?

I come from a very small but wonderful place. I was born and raised on Menorca, an island in the Mediterranean Sea. I have always been a very curious person. I love challenging the established and dream about making things better. Since I was a teenager, I’ve felt a passion for technology. I went to Barcelona to study telecom engineering and from all the different fields in telecom, I loved video image processing the best. For my studies and all my career, I have worked in this field.

I got my PhD from Paris Tech. From there I joined Technicolor and suddenly found myself immersed in the transformation of the film industry at the moment it was going from analog to digital. And I was privileged to work with many content creators, producers, and scientists in the industry throughout this transformation. I see my career as a continuous learning experience from the student that I was to my role today. I’m learning every day and enjoy every single moment of it. And I am so humbled and honored to be selected by my peers in the industry to receive this award.

Barbara, can you tell us a little bit about SMPTE and the Progress Medal?

SMPTE was founded back in 1916 primarily to help organize the new and growing motion picture industry and bring order to the chaos that was happening as everybody was scrambling to make movies. The technology was not standard and so a group of people came together to form SMPTE to help organize the technology. And 103 years on we're still doing that work.

We’re a global membership organization, with about 7000 individual members and close to 250 member organizations – a who's who of people [who] care about the quality of the motion image, no matter where it's being delivered, whether it's in the cinema, on television, on a mobile device, or whatever else comes down the road. Part of our mission is not only continuing to set technical standards for the industry but also education and creating a global network of like-minded people. Since our formation, we've been recognizing people who are great contributors to the industry, and we are delighted to count Cristina among them.

The Progress Medal, first handed out in 1935, recognizes outstanding technical contributions in engineering phases of the Motion Picture, Television, and professional media industry. It is our most prestigious Medal Award, and we're very excited to have Cristina be the honoree this year, the first woman to receive this award. There have been 73 past honorees, and Cristina joins a really illustrious group of people, including Walt Disney.

Cristina, tell us about some of the patents at Technicolor, the a-ha moments you had when you felt like you were really onto something.

There have been many, as I’ve devoted my career to the exploration of media formats. I started as an engineer focused at that moment [of transformation] on video coding because we were trying to deliver content very efficiently to the home while still preserving the quality [and] the director's intent. That was the goal and that’s what was so challenging because the first images looked plastic and we were far from being able to keep the analog intent on digital film.

So we worked on scientific algorithms at Technicolor for processing film grain, etc., and that was a moment of exploration of all the video coding areas I enjoyed the most. As the technology matured, my interest was not only on preserving the image, but on looking at the consumer and the new type of experiences that we could provide. That started a new journey, looking at new formats – virtual reality, augmented reality, mixed reality – to mesmerize consumers with different types of experiences. You never go through the journey alone and I give a lot of recognition to the people I’ve worked with through these many years for all that we’ve accomplished.

Barbara, what is the impact of this award, with regards to recognizing the advancements women are making in this field and how that's going to shape young women coming up in the industry?

We've been talking about diversity and inclusivity now for a number of years, and the needle has moved a bit but not enough. But we are very proud of the fact that this year, seven of our 25 honorees are women – the most we've ever had in a single year, 28%, and that's certainly moving in the right direction.

Anytime you see more women like Cristina being recognized it helps young women see that there is a path forward. You can be taken seriously as a technical person, as an engineer, and even be recognized for your contribution. But the challenge we have in general is that the pool of women is still very small. So it really is incumbent upon us as an organization, as a society even, to encourage young women to get into science and math and engineering, just as Cristina did. She had the curiosity; we just need to help foster that and I think over time we'll see things change. But it's a process.

Cristina, any final words of advice?

For the many young women that may be considering a career in math, I would like to tell them that beyond engineering, there’s also the art and science you can apply to one of the most amazing fields of research you can work in. And for the numerous females already contributing strongly in the industry, I hope this award motivates them to not wait in the shadows – to take that step forward, take more leadership roles, and become recognized as drivers of the industry.