Entertainment Services for Life of Pi

The production worked with multiple divisions of Technicolor Entertainment Services, including its VFX division and MPC 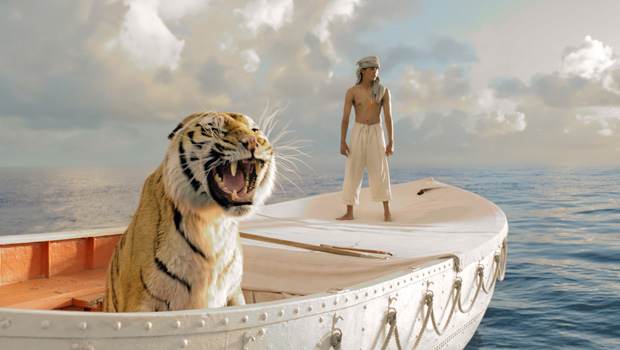 Director Ang Lee has fashioned a remarkable saga based on the Man Booker Prize-winning novel, Life of Pi, written by Canadian author Yann Martel, and adapted for the screen by David Magee. The story of a young man who survives a horrific shipwreck only to face even greater challenges is a spiritual journey of struggle and enlightenment that is being celebrated around the world in advance of its theatrical release on November 21st and after the film’s world premiere at this year’s edition of the New York Film Festival.

Produced by Fox 2000, Elizabeth Gabler and Gil Netter, the film was photographed in multiple international locations including India, but also in Taiwan – one of the first major studio productions to be shot there since the mid 1960s.

Technicolor’s Marketing Services group built and colored the campaign for Fox including their “sneak peaks” at CinemaCon, CineEurope as well as their domestic theatrical advertising and a plethora of international trailers. Producer Shaylee Dunn and editor Carl McKay ensured the artistic integrity of Cole’s grade and the overall efficiency of the workflow into our Marketing Services group- maintaining the veracity of this visual masterpiece.