The latest virtual production technology is used to launch the all-electric Ford F-150 Lightning – with reveal assets directed and produced by Chrome Productions and The Mill. 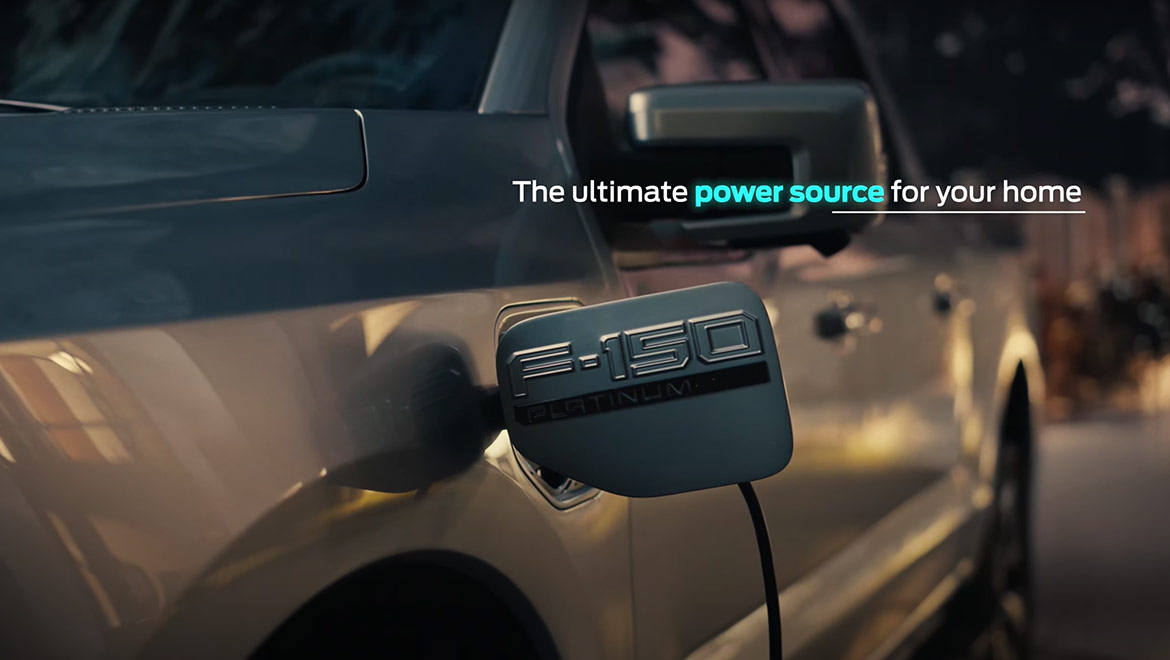 For the unveiling of the highly-anticipated, all-electric Ford F-150 Lightning Truck, the iconic brand partnered with Chrome Productions and Technicolor’s The Mill  for the latest creative production technology and a cutting-edge studio-based virtual production stage.

“To properly demonstrate its capabilities and features with near-zero risk of exposure, we knew that we had to do something different,” Karl Henkel, Content & News Manager at Ford, said of the challenge. “So, we matched a game-changing product with game-changing production technology to bring the F-150 Lightning to life for our customers.”

With confidentiality of the high-profile release of utmost importance, Chrome Productions and The Mill deployed the latest LED screen virtual production technology. The goal was to enable Ford to shoot in multiple virtual locations, all on one controlled set.

The team used Unreal Engine to build four fully CG environments, which would highlight the F-150 Lightning’s design and features in various settings. Following a commercial film production on a state-of-the-art XR stage, they executed multiple deliverables over an accelerated timeline.

The result: four vignettes ranging from 30-seconds to 1-minute in length – each with different, highly realistic real-world environments – launched during Ford’s live reveal event of the new model. This was done in total secrecy: using the latest virtual production technology to shoot in multiple virtual locations had minimized the risk of leaks.

Ford’s goals – creative storytelling in multiple environments with no risk of product exposure and no need for complicated auto transport logistics – had all been achieved with meticulously crafted CGI environments displayed on LED screens running Unreal Engine.

This new production technique became more popular during the global pandemic due to travel restrictions. It’s a real game-changer for the commercial production industry, and particularly for automotive advertisers looking to film pre-release products under strict embargo in a variety of photo-real locations.

“Virtual Production offers a huge amount of creative flexibility and production advantages,” explains Adam Grint, Creative Director at The Mill. “For this project, we combined LED screens with live camera tracking, enabling us to place the product in real-world environments that looked highly realistic. As we moved the camera, the perspective of the backgrounds shifted accordingly, enabling us to film convincing virtual scenes with incredibly believable cinematic fidelity. This is in-camera, live VFX work that will have a major benefit for both brand clients and creatives on-set.”

Read the full story behind the launch of the all-electric version of the automaker’s iconic Ford F-series pickup truck.