Guardians of the Galaxy Vol. 2 Amps Up the Intergalactic Fun 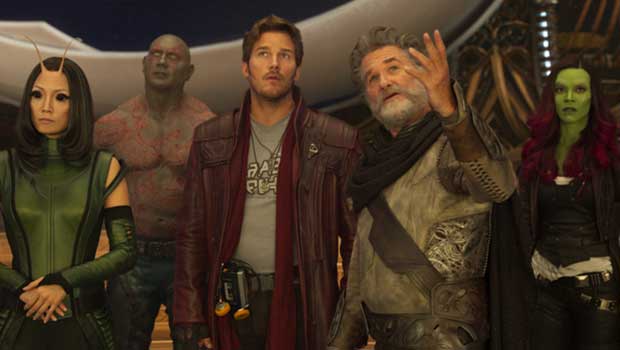 Excitement has been running high for Guardians of the Galaxy Vol. 2 since the Super Bowl, when Marvel Studios revealed an extended look at its closely-guarded sequel – and the trailer became the most talked about movie on social media in a field of blockbusters. Now the film that fans have been clamoring for is finally here!

Starting with the action-packed “Space Chase” sequence that opens the picture, Steve Scott and the color finishing team at Technicolor knew they were setting the stage for another epic, comedic adventure. From the smallest detail on beloved cyber-enhanced characters like Rocket, to creating the whole new world of Ego the Living Planet, this save-the-universe sequel required the highest levels of creative inspiration and artistic commitment.

The sheer number of VFX shots in the film provided a wide range of creative opportunities for the team, and they made every detail matter – whether in the familiar face of a favorite character’s expression, or the unknown mysteries of a planet’s skies. By adding nuance to each shot, location, situation, and sequence, Scott brought visual complexity and continuity to keep the audience completely transfixed on the fast-talk and action unfolding on screen.

As Senior Supervising Finishing Artist, Scott worked closely with the Marvel Studios team – and especially Executive VP of Physical Production Victoria Alonso, the director James Gunn, and VFX Supervisor Chris Townsend – on the final color finishing for the film, which was shot by cinematographer Henry Braham, BSC (The Legend of Tarzan).

Technicolor Marketing Services completed the post production and color finishing (Nazarenko) on all of the buzz-generating domestic and international trailers.

Preview the explosive action in the Guardians of the Galaxy Vol. 2 world premiere trailer.