HDR and Technicolor Go to Bat for Major League Broadcasting

Technicolor partnered with Spectrum Networks and Charter to deliver the first back-to-back HDR and SDR single production broadcast for MLB fans across the US and UK. 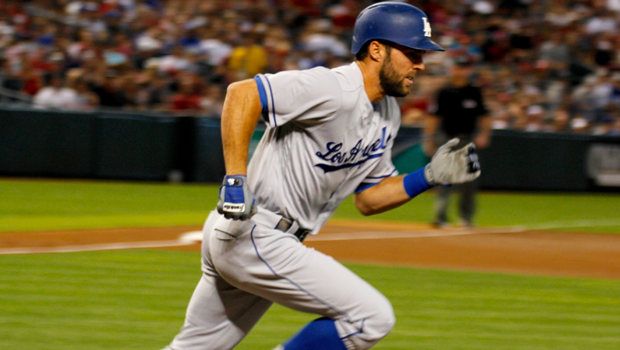 The Los Angeles Dodgers are having a tremendous season this year leading the MLB standings, and over one exciting weekend, all the action on the field was brought to select viewers in stunning HDR.

Technicolor partnered with Spectrum Networks to produce two back-to-back MLB games as the Los Angeles Dodgers faced National League rivals, the San Francisco Giants. Spectrum Networks has been a leader in implementing live HDR production with Technicolor, having already employed Advanced HDR by Technicolor (Technicolor HDR and Technicolor HDR Intelligent Tone Management (ITM) to deliver the first live end-to-end HDR broadcast of an NBA game between the LA Lakers and Denver Nuggets at the beginning of this year.

For the LA Dodgers broadcast, the entire production and mix were completed in HDR at Dodger Stadium by Spectrum’s standard production crew using equipment provided by NEP, an industry leader in remote live productions and broadcast. Technicolor assisted NEP by converting an Outside Broadcasting (OB) truck with their technology to complete the entire production in HDR. Specifically, Technicolor HDR ITM was integrated to up-convert all the SDR video feeds to HDR and complete the mix in HDR, while Technicolor’s down conversion was leveraged to ensure all of the SDR partner productions and monitors were receiving a proper SDR version of the game.

The contribution feed was fed to Spectrum Networks Network Operations Center (NOC) in El Segundo, CA for simultaneous distribution in both HDR-10 and Technicolor HDR (aka SL-HDR) for select viewers.

To support current commercial broadcasts across the United States and the UK, the SDR output of Advanced HDR by Technicolor was distributed to SDR downstream feeds. This allowed Spectrum Networks to cost effectively produce high quality HDR and SDR versions of the game in a single production with little incremental investment.

The derived SDR game was commercially distributed nationally and internationally by Charter, British Telecom (BT) Networks, Comcast, Cox, and the Spectrum app. HDR cameras that were derived to SDR were also shared and incorporated into separate production for MLB TV and NBC.

With results like this latest “lens-to-couch” test, it’s no wonder that top executives at the second-annual Sports Imaging Forum – headlining a “Big Picture of Live Event Imaging” panel –said that HDR would be the most important technology by 2020, especially in terms of the most viewer impact with the least amount of upgrade effort.