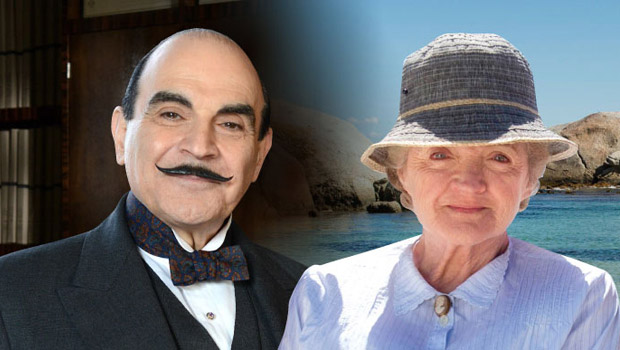 Technicolor completed grading and re-recording for the latest feature length episodes of ITV’s acclaimed Poirot and Marple murder-mysteries. Technicolor provided sound and visual post on all eight episodes for both series from its Lexington Street facility in Soho, London, which now also offers sound services.

The long-running period dramas are based on characters and stories written by Agatha Christie. Marple, which stars Julia McKenzie (Cranford) in the title role, is back for a sixth series, while Poirot, starring David Suchet (The Hollow Crown, Great Expectations) as the perfectionist Belgian detective, returns for its final outing.

The first episode in the new run, Poirot: Elephants Can Remember aired last night, Sunday 9th June,  on ITV1; this will be followed by Marple: A Caribbean Mystery TX on the 16th and Marple: Greenshaw’s Folly late June. Further episodes will be aired later in the year and will include Marple Endless Night and Curtain: Poirot’s Last Case, which will be David Suchet’s final television performance as Hercule Poirot.

Elephants Can Remember sees Poirot investigate the murder of a renowned psychiatrist. At the same time, Ariadne Oliver, a role reprised by Zoë Wanamaker (My Week with Marilyn, My Family), investigates the mysterious deaths of the parents of her goddaughter Celia Ravenscroft, played by Vanessa Kirby (Labyrinth).

“Poirot aims to give TV audiences a cinematic experience, so in the grading we made the images look rich and beautiful with filmic contrast levels,” said Coles. “In this episode we accentuated the art deco feel in Poirot's flat with vibrant red and orange tones, while maintaining cooler tones in the shadows. We decided to go for warmer colours of the spectrum for most scenes, for example using golden hues for interiors. We contrasted this overall look with a stark and steely blue shades for the first murder sequence.

“Much of the episode was shot using green screen, and composited later on so we had to take great care grading foregrounds and backgrounds using supplied mattes. An antique de-saturated look was applied to the flashback material, along with occasional defocused vignettes.”

The trailer for Elephants Can Remember can be viewed at: http://itv.co/10YdaM6

Marple: A Caribbean Mystery TX on ITV on 16th June at 8pm

In A Caribbean Mystery, Miss Marple (McKenzie) while holidaying on the Caribbean island of St. Honoré is drawn into a case of intrigue and black magic when an old major dies mysteriously after bragging about owning a photograph of a known murderer. The episode’s screenplay was given a light touch by cult actor and author Charlie Higson, who is writing for Marple for the first time, Higson also makes an appearance in a cameo as the unassuming, but familiarly-named,  American Ornithologist James Bond. Robert Webb (Peep Show), Montserrat Lombard (Ashes to Ashes) and Sir Anthony Sher (The Shadow Line) also star.

Dan Coles graded A Caribbean Mystery in with conjunction with episode director Charlie Palmer and director of photography Michael Snyman.

“We decided to create a tropical vibrancy whereby you could almost feel the heat,” explains Coles. “In the opening scene we created a very cool sunset infused with magenta tones which looks stunning! We employed subtle levels of diffusion and filtration throughout with the use grads and soft-edged windows creating an old-fashioned 'Instagram' style/effect. Flashbacks were visually very strong, shot using a lens baby or treated with a defocused vignette to mimic this look, and then treated with a green wash.”

Greenshaw’s Folly sees Miss Marple aiding a young mother and son by spiriting them away to the estate of an eccentric botanist, not knowing that it will soon become the scene of murder. Julia Sawalha (Lark Rise to Candleford), Kimberley Nixon (Fresh Meat) and Robert Glenister (Hustle) star alongside McKenzie.