Matching the Raw and Genuine Storytelling Approach to Official Secrets 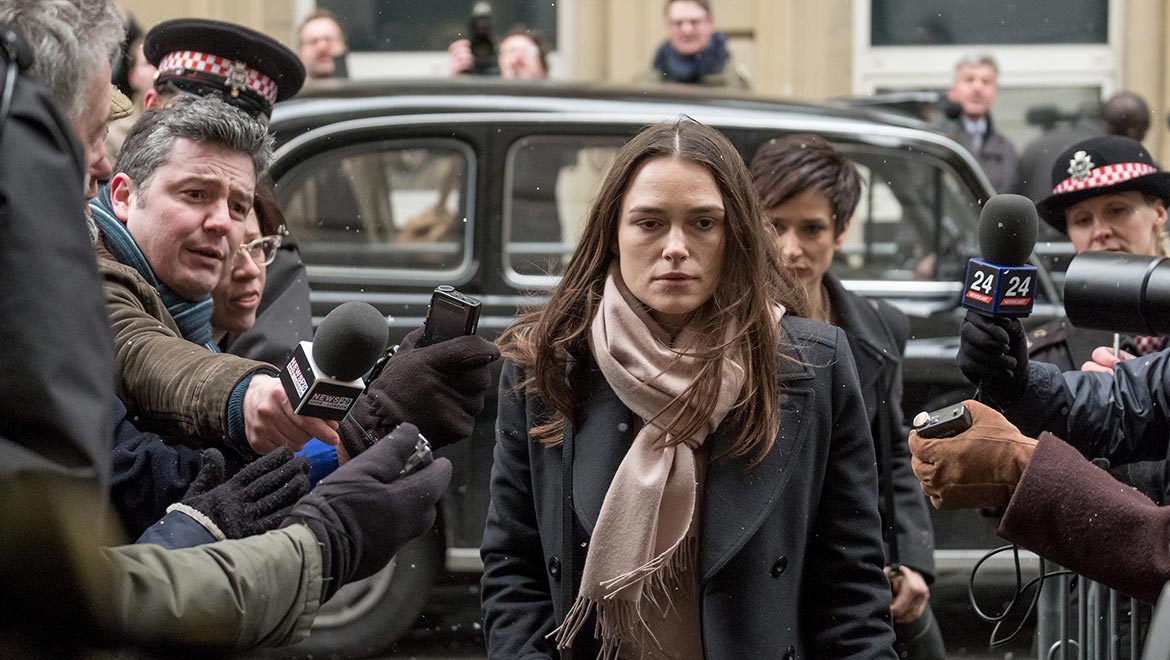 In Official Secrets, Keira Knightley plays British intelligence specialist Katharine Gun in a story based on true events leading up to the 2003 invasion of Iraq. Unable to idly stand by after learning of government lies and threats of blackmail in the rush to war, she leaks the information to the British press – and finds herself charged with breaching the Official Secrets Act.

“Historical” is how Technicolor Senior Colorist Doug Delaney describes the look they decided upon, after collaborating with cinematographer Florian Hoffmeister in LA. Director Gavin Hood also provided valuable feedback that Delaney was then able to integrate on his way to providing the color grade for the film, which was finished on DaVinci Resolve.

“Ultimately, the approach was very realistic,” explains Delaney. “The approach wasn’t one of heightening the color palette or contrast – instead we opted to keep it very grounded and naturalistic. We didn’t try to project any tension in the grade because Keira’s acting truly shined. It was a very raw, genuine, honest performance and approach to the film. It was photographed that way and my grade approach followed.”

Official Secrets also marked the first film Delaney graded that was shot on the Sony Venice camera. A natural choice for this film, the camera rendered everything accurately and played very well with grade and organic approach.

Summing up his experience, Delaney says, “Gavin Hood is a remarkable director and writer, and it was a really great experience working with him. In addition to everything he brought to the screen, he also explained so much about the behind-the-scenes story. He was very reassuring to us to make sure we were coloring the film representative to what it was and not overlaying a certain style to it. Almost journalistic.”

Official Secrets, a selection for the Sundance Film Festival is now showing in select theaters.

Visit Technicolor for a closer look at the Picture Post-Production work and see what the team can do for you.