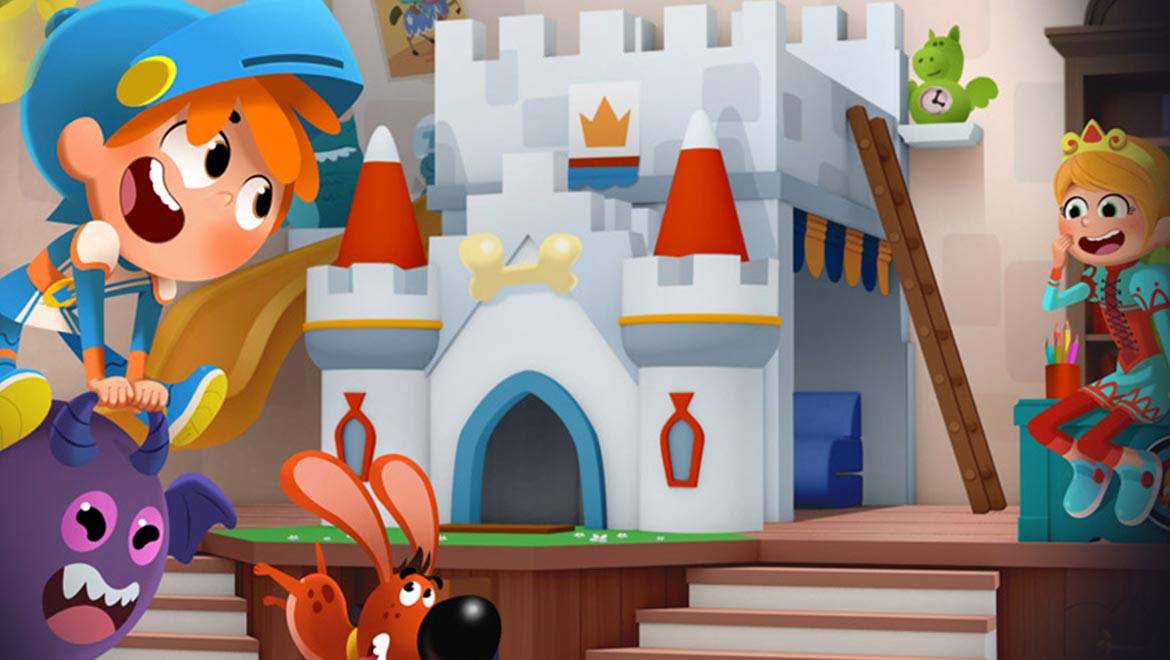 Gus – the Itsy Bitsy Knight never misses an opportunity for adventure – and that includes the exciting news that Mattel has entered into a multi-year global licensing agreement with PGS Entertainment, the award-winning kids entertainment distributor, and Technicolor Animation Productions (TAP), who produce and own the animated pre-school children’s series.

Scheduled to premiere in 2021 on broadcasters across the globe, with an initial run of 52 11-minute episodes, Gus – the Itsy Bitsy Knight is based on a story by Dankerleroux and Françoise de Guibert for Editions Gulf Stream. The CG-animated, comedy-adventure series will follow a small grasshopper-sized boy named Gus who wishes to become the greatest knight in all the kingdom of Karamel, a medieval setting with a modern twist.

Through the agreement, Mattel has the licensing rights to create a full line of Fisher-Price toys based on the property, expected to launch in 2022, that will “bring this new property to life and engage kids through play,” says Nick Karamanos, SVP of Entertainment Partnerships, Mattel. “We are always looking for new properties that offer strong, toyetic qualities. From the moment we first saw the world of Gus – The Itsy Bitsy Knight, we were drawn to its compelling story.”

Adds Philippe Soutter, Co-Founder, PGS Entertainment, “With leading broadcasters already set up across the world, we’re certain that Gus will bring massive success to both broadcasters and licensees. Having a partner like Mattel to expand the Gus universe is a big milestone for the brand’s growth.”

“We’re very excited about this new partnership with Mattel on the property,” says Sandrine Nguyen, Managing Director, Technicolor Animation Productions. “Seeing some early concepts from them, we know that the Mattel team really understands the brand DNA and unique modern-meets-medieval universe. We think kids all over the world will absolutely love what they’re creating.”

Read the full announcement by Mattel and visit Technicolor Animation Productions for more about Gus – The Itsy Bitsy Knight.