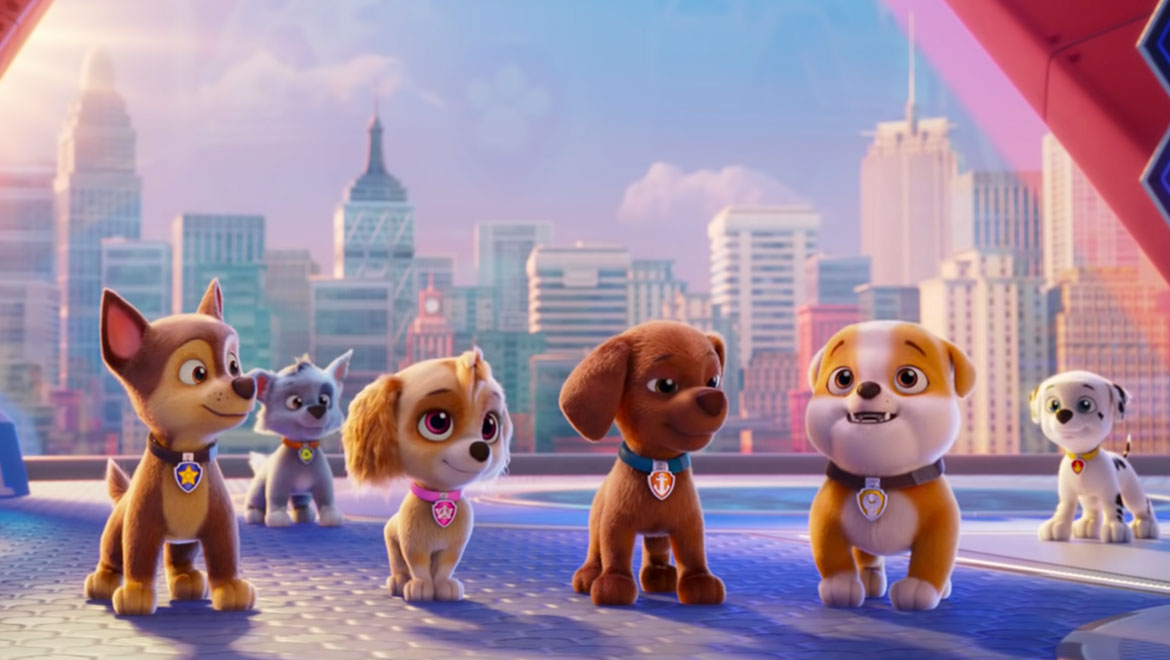 PAW Patrol: The Movie, animated by Technicolor Creative Studios’ Mikros Animation in Montreal, is the first all-CGI feature film of the globally-renowned franchise created and produced by Spin Master.

When it opened in France, one of the first countries where the film was released, it was ranked number one during its first two weeks. The film went on to beat box office expectations in North America and – premiering the same day on Paramount+ – has been ranked by the streaming service as one of its most-watched originals. Released in cinemas worldwide, the film presented by Paramount Pictures, Nickelodeon Movies and Spin Master Entertainment has become a global hit.

“We are very happy that this movie – written by Billy Frolick with Cal Brunker and Bob Barlen and directed by Cal Brunker – has a worldwide theatrical release,” said Andrea Miloro, President of Mikros Animation. “Our team is very proud to have been entrusted by Spin Master Entertainment to bring the beloved franchise to the big screen for the very first time. It is even more rewarding for us to see that the feature animation has attracted and delighted so many viewers in France and in many countries worldwide.”

PAW Patrol: The Movie brings to kids everywhere a brand-new adventure through inventive environments and the now infamous and lovable characters from the existing series. When their biggest rival, Humdinger, becomes Mayor of nearby Adventure City and starts wreaking havoc, Ryder and everyone’s favorite heroic pups kick into high gear to face the challenge head on. Together, armed with exciting new gadgets and gear, the PAW Patrol fights to save the citizens of Adventure City.

“It was a very exciting challenge to work on a first film with fully-rendered CG animation,” comments Mikros Animation’s Laurence Vacher, who was Line Producer on PAW Patrol: The Movie. “We worked very closely with Cal Brunker and his team to produce this film in full respect of the franchise, while bringing it to a higher level on every aspect – an amazing animation and a much richer look with special effects; all the ingredients to make it a real adventure film.”

Entirely animated in Montreal, the production of this feature animation was put to the test by the global pandemic. When “safer at home” policies began to be implemented in spring 2020, the film was just at its previsualization stage. Within days, Mikros Animation deployed the necessary solutions that allowed their artists to work from home securely, while maintaining regular communication with the director and Spin Master Entertainment production team.

With more than 300 artists in Montreal dedicated to the film working from home, the project was fully completed under lockdown conditions, with additional services provided by the Technicolor group in full collaboration with Mikros Animation to meet any evolving technological challenges.

Visit Mikros Animation for the full story and to read recent press coverage of the team’s work on PAW Patrol: The Movie.