Technicolor’s MPC Film joined the live-action remake of a Disney classic – creating Dumbo and other characters and environments of his world. 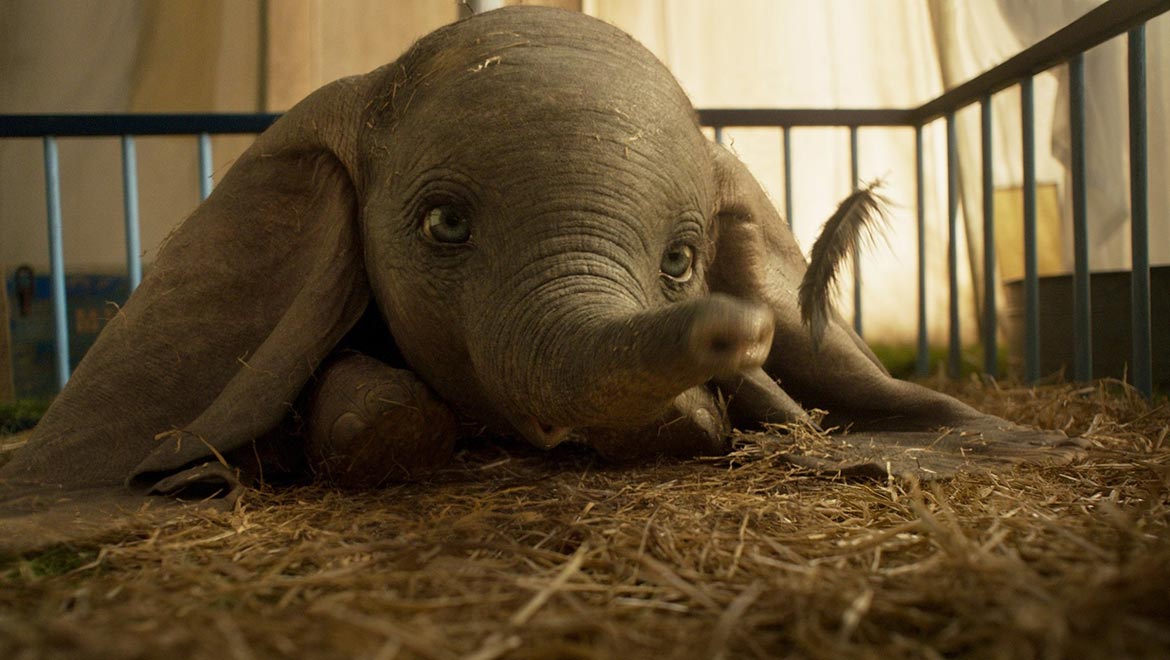 Taking off from the beloved 1941 Hollywood classic, a new Dumbo takes flight from the imagination of visionary director Tim Burton. The story of a newborn circus elephant laughed at because of his oversized ears has messages for a new generation about bullying, the importance of family, and how our differences can make dreams take flight.

MPC Film’s role on Dumbo started early, on set with the Production VFX Supervisor and Producer, where they were involved with a variety of work – from blue screen set extensions to overseeing shots related to character animation and second unit shoots, subsequently to be integrated with a CG flying Dumbo.

After working with Tim Burton to create concept art and designs for Dumbo’s world, MPC VFX artists turned to the creation of CG characters and animation cycles. The MPC Character Lab team created several of the film’s characters, including Dumbo himself, from his overall appearance, to how he would physically move. The main challenge was striking the right balance between a real and an idealized version of an elephant; MPC referenced the original cartoon as much as possible while working with more realistic attributes.

For the other elephants MPC crafted, including Dumbo’s mother Mrs. Jumbo, the team focused on making them realistic-looking through complex textural and wrinkle detail. For that, MPC R&D developed a key technological advancement: the creation of a resolution skin simulation setup that allowed artists to simulate individual wrinkles on the elephants up to 10 times more detailed than in the past.

MPC also worked on secondary characters, including Barrymore the Capuchin monkey, mice, a python and other additional background animals. Digi-double versions of characters Joe, Milly and Colette were also created for use during complex flying shots.

MPC’s Digital Environments team focused on environments such as the Medici Bros. Circus. Most shots in the opening few scenes feature a combination of live action and CG circus, and the team was also responsible for the scene in which the Big Top collapses. MPC also created an expressionistic version of 1930s Manhattan, with the highlight being fully CG shots of Dumbo flying over the Brooklyn Bridge with Joe and Milly on his back.

Another challenging sequence was the creation of a jungle, perhaps the most complex environment in the movie, with waterfalls, trees, plants and complex water simulation and elephants. The large number of elephants was created using a combination of hand animation and MPC’s proprietary crowd software.

Watch the Dumbo official trailer as the classic Disney story comes alive for a new generation.