“Immigrants (We Get the Job Done)” expands on the multicultural message of the hit musical Hamilton. 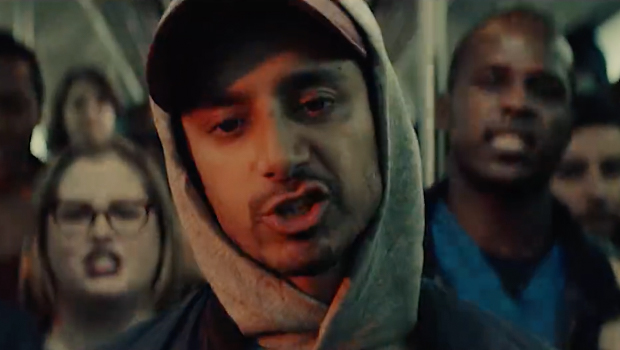 The cultural phenomenon that is Hamilton has moved from stage to screens with the release of the Hamilton Mixtape video for the song “Immigrants (We Get the Job Done)” – directed by Diktator’s Tomás Whitmore and executive produced by Robert Rodriguez and Lin-Manuel Miranda, the creator and original star of the hit Broadway show. For MPC Advertising, part of the Technicolor family, collaborating on the project was a unique opportunity to bring a piece of the highly popular stage musical directly to viewers.

“We were thrilled when we were first approached to do the color on Hamilton Mixtape,” said Meghan Lang, Executive Producer for MPC LA Advertising. “It’s an incredible honor to participate in something that’s such a huge part of the zeitgeist today – from a cultural, political, and human perspective.”

The MPC team focused on making the song and its messages come across visually through the color grade finishing they did on the video. They were also sensitive to the fact that each rappers’ performance came from a different cultural perspective. Colorist Ricky Gausis explained how they created distinction in the video’s subway setting:

“We really wanted each [train] carriage to have its own feel and really contrast from the one that you had just left. The video starts off with the cold blue feeling of the driver leading into the warmer environment of the people gathered around the radio, then back to a cold and stark green look for the first verse. I also used varying amount of film grain to help separate the scenes.”

Gausis concludes: “Overall, I love the cinematic feel to the whole music video, and although the scenes have very different looks to them, they all have a gritty richness that ties them all in together.”

As the Hamilton phenomenon continues to grow, get inspired by “Immigrants (We Get the Job Done).”