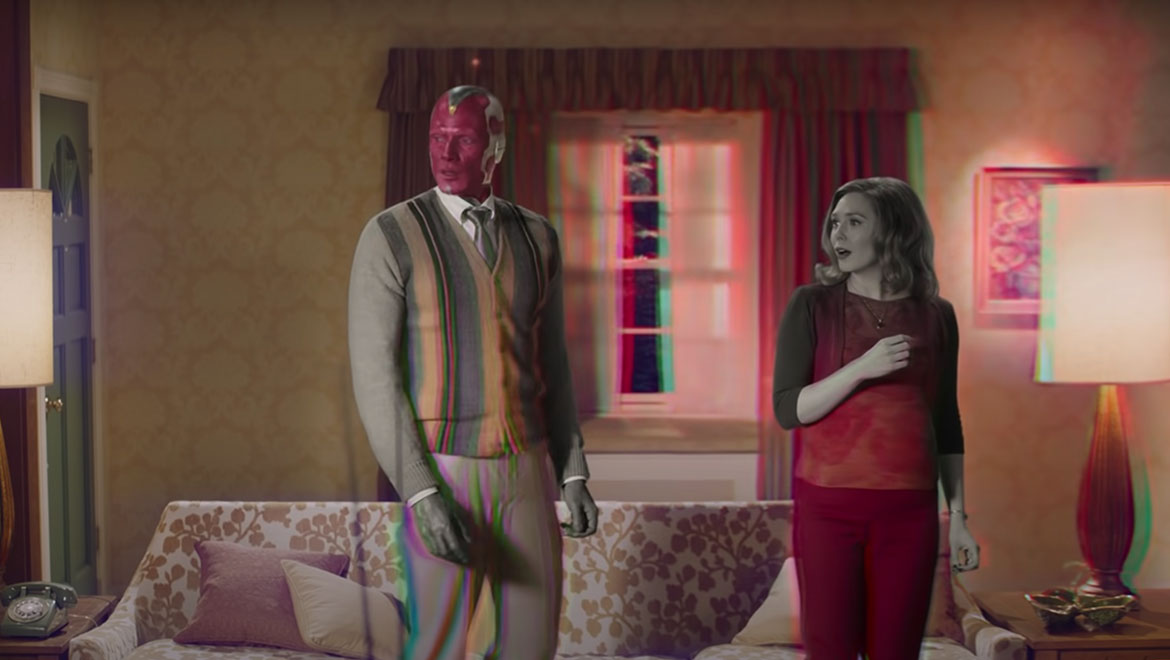 Marvel Studios presents WandaVision, a blend of classic television with the Marvel Cinematic Universe. In the series, Wanda Maximoff (Elizabeth Olsen) and Vision (Paul Bettany) — two super-powered beings living idealized suburban lives — begin to suspect that everything is not as it seems. Directed by Matt Shakman with Jac Schaeffer as head writer, the series debuted exclusively on Disney+.

MR. X VFX Supervisor Ralph Maiers and Producer Anouk L’Heureux partnered with Marvel Studios on the hit show. Over the course of 10 months, they oversaw the teams from MR. X’s Montreal and Bangalore studios that delivered over 150 shots for the penultimate and finale episodes. It’s in these pivotal episodes that we find out the true identity of Agatha Harkness (Catherine Hahn) as we flashback to the 1600s – where we discover Agatha to be part of a witches’ coven. As she stands trial before them, we witness her discovery of her magical powers for the first time.

Though the creative brief called for an intense and creepy environment, it was also clear it couldn’t be too horrific in the stand-off between Agatha and her coven. The VFX team set out to create a balanced visual style that would appeal to the wide-ranging age demographics of the MCU audience.

MR. X was invited to explore the magic of the coven through concepts and experimentation – working closely with show Supervisors Tara DeMarco and Sandra Balej on both the development and design of the magical interactions. Says Maiers, “The studio was a joy to work with and very open to the creative process in development of ideas and elements that opened the magic realm of the coven environment.”

The primary challenge for these sequences was creating multiple ‘desiccation’ events for the witches as they begin to lose the battle with Agatha. Over months of R&D cycles, the MR. X team developed conceptual ideas, ranging from Wanda’s magical ethos to a more hybrid, dark and moody direction for the final scenes. Though the coven of witches and their magic powers created technically challenging scenes, the MR. X team had the vision to deliver the wickedly magical VFX.

Catch the magic of WandaVision on Disney+