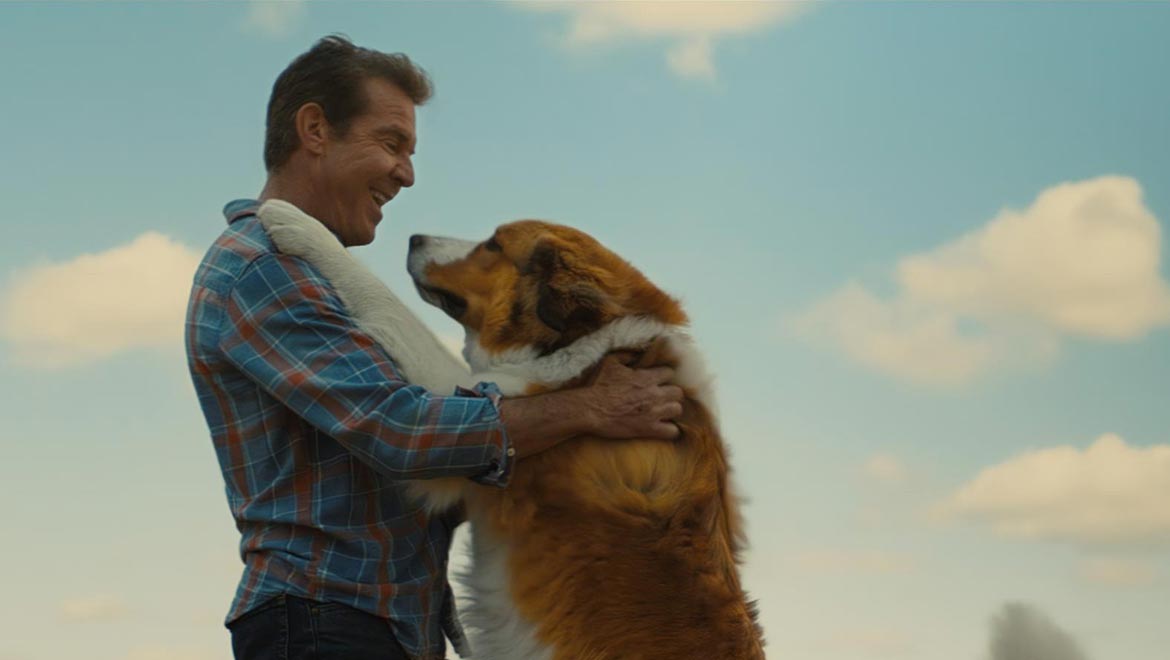 Amblin’s newest canine hit, A Dog’s Journey, stars Dennis Quaid and a lovable, loyal dog named Bailey – who finds the meaning of his own existence through the lives of the humans he meets.  Based on the novel by W. Bruce Cameron and directed by Gail Mancuso, the much-loved director of comic hit series such as Modern Family and Gilmore Girls, this film tugs on the heartstrings of dog lovers and film lovers alike.

This was director Mancuso’s first feature film and her excitement really set the tone for the entire production. She and Jennifer Meislohn, Amblin’s VFX Producer, enlisted the help of MR. X very early in the process to create concepts and discuss how to approach the VFX –specifically for the transitions between Bailey’s lives and the end sequence with the Rainbow Bridge, which would require heavy VFX lifting in terms of set CG extensions, matte painting and comps.

Ben Mossman, MR. X VFX Supervisor, describes the relationship and entire working process in glowing terms: “Gail was very easy to get along with and incredibly collaborative in every area of the production. She had definite ideas and a direction she wanted to go, but also wanted input from everyone so that the very best-informed decisions could be made at every step of the way.”

Mossman was on set for the entire shoot and the cuts and reviews were done globally with the MR. X team in Toronto and Mancuso and Meislohn in Los Angeles.

Mossman adds, “Gail really wanted to make sure that the sensitivity, emotional impact and intent were fully developed early and then carried through the entire film.  She also took steps to make sure that the dogs were safe and that everyone on the crew was comfortable with dogs, including having puppies – lots of puppies—in the early production meetings.”

With a 94% audience approval rating on Rotten Tomatoes, this film is sure to make you and your family, smile, cry and laugh out loud.

Watch the trailer above for a heartwarming preview of A Dog’s Journey.