MR. X Returns to the World of Lemony Snicket for the Story’s Exciting, Unfortunate Conclusion

The Netflix series has been ambitious from the get-go in terms of using VFX to illustrate what is truly A Series of Unfortunate Events. 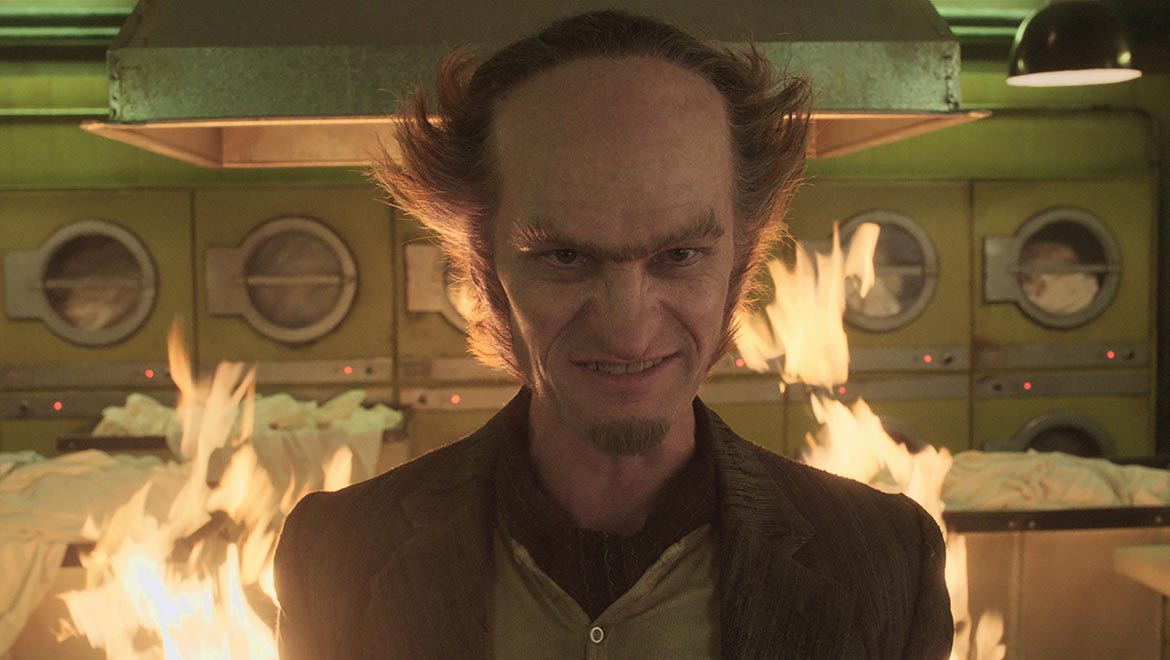 Lemony Snicket’s A Series of Unfortunate Events returns for a final season 3 on Netflix – and true to form for a series where things always go from bad to worse, they have “saved the worst for last.” But for Technicolor’s MR. X, it was ‘more of their best’ for last, as they returned to the series after a successful collaboration on season two – again to work on the larger shots that set its off-kilter tone and look.

Based on a series of thirteen children’s novels written by Daniel Handler under the pen name Lemony Snicket, the screen version retains the original’s Victorian Gothic style and sarcastically dark sense of humor. MR. X VFX Supervisor James Cooper takes us inside some of these episodes, covering the final four books, as this highly-stylized, surreal looking world came to life.

Ep. 3.1: Season 3 picks up where season 2’s cliffhanger left off, with the three Baudelaire children Violet, Klaus, and Sunny careening down a mountain road toward certain death. MR. X returned right from the start to work on the environments and mountains where the hectic action sequence takes place – building suspense with set extensions that made the road to their doom feel that much longer.

Ep. 3.3 and Ep. 3.4: A highlight of season 3 and some of the most intense in terms of VFX, these episodes went underwater for an exciting submarine chase, extended grotto sequence, and fire effects on a burning lighthouse which is the home of Anwhistle Aquatics. MR. X worked on creating the CG ocean world and the submarines, as Count Olaf gives chase to the Queequeg in his Octopus-shaped Carmelita. Grotto effects included Medusoid Mycelium, a poisonous fungus threatening the aquatic society.

Among the creature work done by MR. X was a sea monster called The Great Unknown. Director Barry Sonnenfeld wanted to maintain its mystery, so the sea monster is glimpsed only through a porthole, disguised as coral reef and waving kelp until his giant, glaring eye springs open.

For these underwater sequences and the overall look, MR. X was able to reference and pull from their feature work on the Academy-Award winning picture The Shape of Water. Like that feature, there were a lot of ‘dry for wet’ shots created without anyone actually being underwater.

“On The Shape of Water, we learned and developed a lot of techniques for creating an underwater environment using dry for wet technology,” elaborated Cooper. “The actors and sets were shot dry and then we added depth and lighting effects, floating particulate matter, waving sea kelp, swimming fish and all of the other things that make it a believable underwater experience. And because we had already mastered these techniques for a feature, we could not only apply them here – but it was less time- and resource-intensive.”

Ep. 3.7: Without giving too much away, the climactic final episode included lots of ‘lost at sea’ effects including a huge tidal wave and deserted island environment work. You don’t want to miss it!

Looking back at the overall experience, Cooper credits much of the success to the strong relationship that developed amongst the team – centered around Sonnenfeld’s clear vision.

“Going back to season 2, we had the opportunity to communicate directly with Barry, and that went a long way to understanding his specific vision of how the show should look and how the visual effects would play into that. It’s not always the case that you get to have direct contact with the creative force behind it all, and it gave us a clear goal to strive for right from the beginning, enabling us to hit all the notes exactly as intended – and then some. To interpret his very strong vision and create the best version of what the story can be.”

Season 3 does indeed deliver the very best of the worst season yet!  Join us on another wild ride with MR. X and Lemony Snicket: A Series of Unfortunate Events available on Netflix.