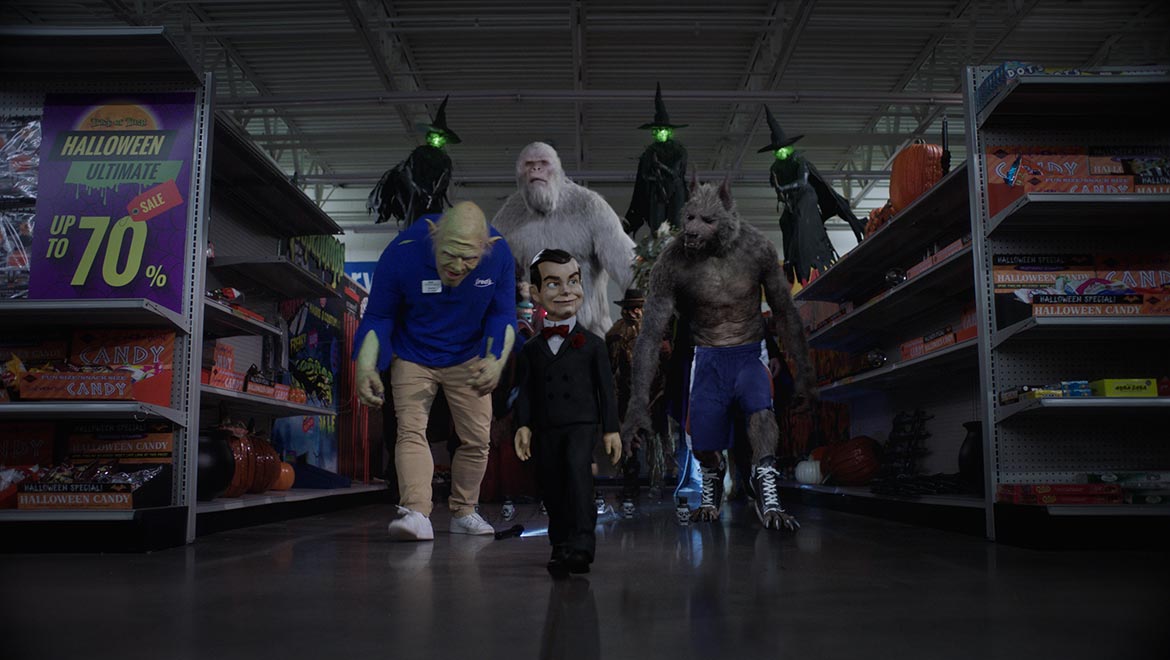 Technicolor continues our haunted journey of Chills and Thrills with a look at Mr. X’s work on Goosebumps 2: Haunted Halloween, arriving in theaters in time for the spookiest of seasons. For VFX Supervisor James Cooper and the team at Technicolor’s Mr. X, working on the feature was a monster leap forward as they move deeper into the realm of animated creature work.

Goosebumps 2 assembles quite a collection of creatures – not only those returning from the first movie, like the Abominable Snowman and the Werewolf, but a host of new ones, including the Swamp Creature and a bevy of flying, spinning witches. The witches with their goblin-green transforming facades were a particular hit, surpassing the filmmakers’ original concepts and prompting a request to create even more of them.

Because of all the creature work being generated by today’s feature and episodic projects, Mr. X has developed a whole creature pipeline and dedicated team specializing in this type of work. Goosebumps 2 afforded a great opportunity to stretch their skills, especially in two of the biggest sequences that had a dozen plus creatures coming together in one shot.

“Slappy the Dummy uses an incantation to bring all of the creatures to life from their respective masks displayed in Fred’s Pharmacy. This required an enormous amount of planning, organizing, and blocking,” explained Cooper. “You don’t want any of the smaller creatures scurrying about getting stomped on by the Abominable Snowman!”

He continued: “There’s a lot of animation, modeling, and simulations going on at the same time: the witches’ flowing capes, the swamp creatures’ tentacles and dangling seaweed, the werewolf’s fur and muscles, and a huge close-up of the Abominable Snowman coming to life – where getting the hair and grooming just right was a great technical achievement.”

Slappy presented some unusual challenges too, as the filmmakers had shot an actual puppet. This required Mr. X to dial back the animation on CG Slappy so he would appear more puppet-like. It also required a lot of modeling and texturing work, to match the beat-up looking puppet version of Slappy – and make it possible to cut back and forth between the two.

Concluded Cooper as he talked about the experience: “From VFX Producer Luke Groves keeping everything on track, even when shifting gears from the feature’s initial comedic slant to one more scary – to the whole team pulling together while operating almost always under crunch time – this was a phenomenal, other-worldly team effort.”

See the full list of services Mr. X provided on Goosebumps 2: Haunted Halloween, and stay tuned for more chills and thrills from Technicolor.