The New Measure of Biometrics 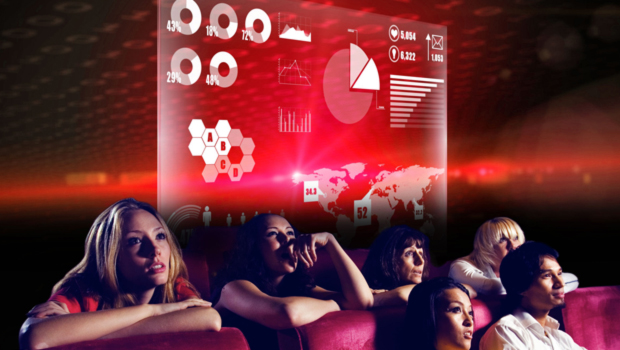 Technicolor is about to change the way filmmakers, advertisers, and online movie distributors measure an audience’s response to what they see. It’s called Empath Analytics, and we recently started, in collaboration with major market research firms, testing the machine learning technology that will drive it.

Empath is essentially a biometrics tool we use to extract and measure relevant viewer engagement information automatically. We created Empath in order to overcome the limits of manually annotated viewer biometrics, which rely heavily on neuroscience and cognitive psychology experts for their actionable data. Unlike traditional systems, our biometric solution uses automated machine learning and signal processing to generate data that can be used by content creators and marketers. Technicolor researchers in our Labs in Palo Alto, CA and Rennes, France have been working on this technology since 2010.

Empath grew out of our research into the growing field of biometric devices such as watches, bracelets, and headbands that can monitor a user’s heart rate, skin conductance, and brainwaves. By recording and graphing the biometric information collected through these devices, we can offer filmmakers and other entertainment creators an effective tool by which to measure an audience’s response to key scenes, events, character portrayals, etc., throughout a feature film or an advertisement.  With Empath, we will be able to conduct comprehensive audience testing through non-disruptive wearable biometric devices.

How Empath Analytics can be used by filmmakers and advertisers

Empath will make it easier to assess viewer reactions to video content, providing vital information for movie recommendation systems, market research focus groups, test audiences, and advertising campaigns. The extracted biometric data can be analyzed, for example, to measure the impact of subtle plot points or major character developments on whether an audience likes or dislikes a film. Through our tests, we have already found that sometimes the results can be surprising, in that even a film with a memorable scene that elicits strong biometric responses from the majority of the audience might not be favorably received as a whole. Similarly, minor plot points that measure low in biometric feedback might actually be used as indicators of how much an audience will eventually like a film.

The insights gained from Empath’s biometric testing data will be useful for such things as reshoots, targeted advertising and online movie recommendations.  In addition to being used for pre-release testing of movies and TV programs, Empath can also be employed to augment live productions and assess the impact of an advertisement. We expect to bring Empath technology to the market by in 2014.