Shedding Light on the Secret Heroes of Canada’s X Company 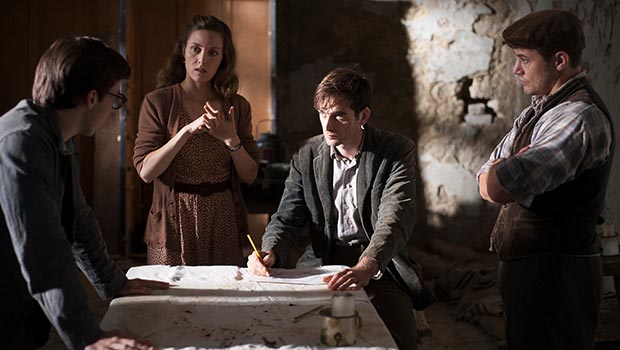 During World War II, a secret facility on Lake Ontario in Canada trained civilian recruits in the covert art of espionage and infiltrating enemy lines. Inspired by true events, X Company tells the story of this hidden operation through five special agents. Like real life superheroes, each recruit has a special ability, ranging from weaponry and explosives – to undercover, photographic memory, and propaganda skills.

Since the series’ inception, Technicolor Toronto has been enlisted to drive the story through picture and sound editorial. As home base for the composing team and the whole post production process, the team provided final color grading, sound mixing, and extensive VFX support – from matte paintings and set extensions to CG planes and explosions.

“The VFX team has done a great job blending contemporary locations with WWII scenery,” said co-creator Mark Ellis. “Gunfights and exploding tanks and bridges have been their bread and butter over the last two years. The realism they brought to the tragic beaches of Dieppe was beautiful and gut-wrenching.”

Co-creator Stephanie Morgenstern added, “Working on Technicolor’s Stage 8 means we’re able to bring incredible sophistication to our sound. Al and Mike mix with a level of finesse and precision we wouldn’t have thought possible. It’s important that our viewers feel as though they’re part of the action of X Company. Our soundscape gives them a front row seat.”

As the CBC series enters its last chapter, watch the teaser trailer for X Company Season 3.