Teams on both sides of the pond bridged the distance to provide dailies, PULSE, picture finishing, Technicolor VFX, and Marketing Services, all with assistance from the remote-enabled, collaborative platform TechStream. 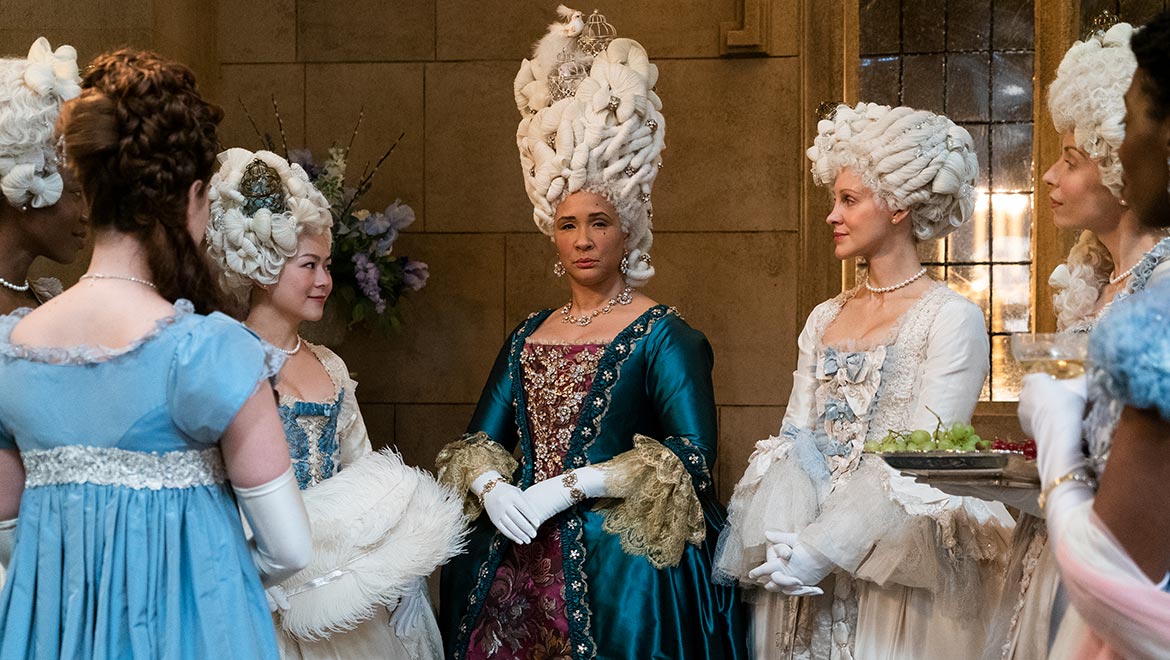 The new Netflix series Bridgerton, created by Chris Van Dusen and adapted from the beloved Julia Quinn novels of the same name, is destined for binge-status over the 2020 holiday season. Bridgerton marks the first scripted Shondaland series for Netflix, as part of Shonda Rhimes’ multi-year deal with the streaming platform. Set in England’s early 1800s Regency period, the series focuses on the romantic entanglements of the eight children of the powerful Bridgerton family. A diverse cast and the inimitable Julie Andrews as the all-knowing narrator, Lady Whistledown, rounds out the lustrous new series.

“When you look at the show, it’s just great juicy fun,” says Pankaj Bajpai, Technicolor’s VP, Finishing Artist and Business Development. Bajpai was in good company when signing on to provide the color grade on the series, already having a long-running rapport with the series’ lead cinematographer Jeff Jur, ASC, first working together on the 2003 HBO series Carnivàle. After nearly two decades of collaboration and finishing multiple award-winning projects together, the two have gotten to know – and trust – each other’s aesthetic. Together, they designed the initial looks and LUTs that were then used on-set in principal photography and then in dailies processed at Technicolor. 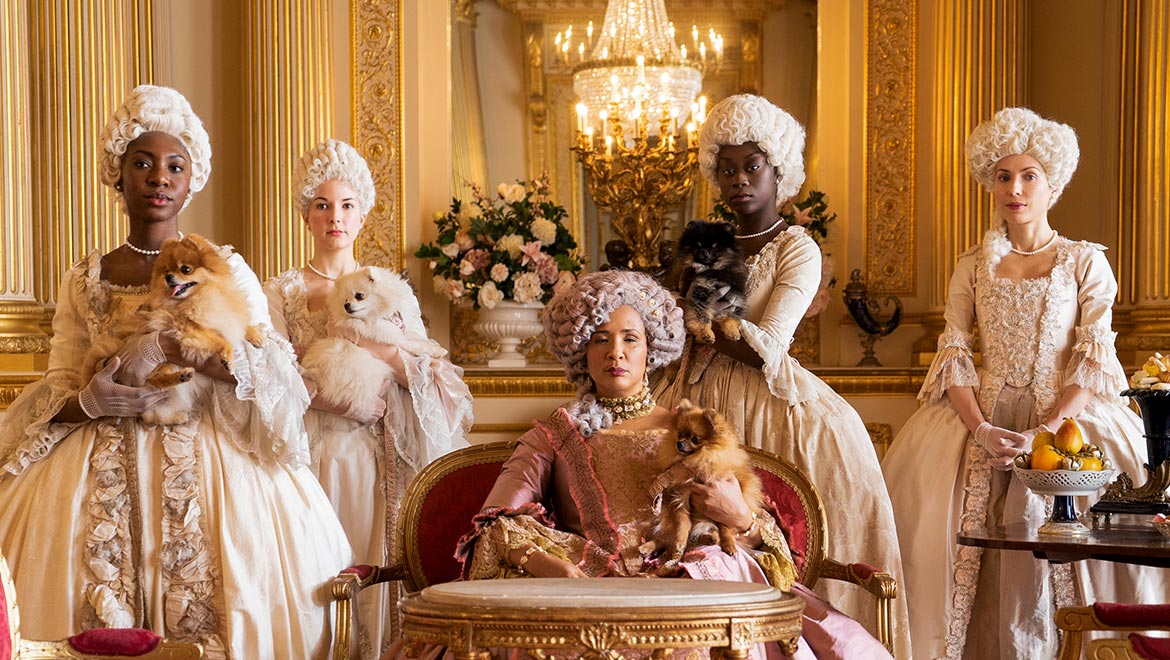 The dailies were a collaborative effort with dailies colorist Gregg Lang in Burbank, CA, using Technicolor’s remote Cloud dailies system set up at Technicolor London’s location in Slough. The London team would receive the production footage and connect the drives so that the Technicolor On-Location Services team could remotely process it from California. Connor McIntyre served as the dailies producer, working hand-in-hand with the team’s London counterparts. The production also used PULSE, Technicolor’s software solution for centralized and collaborative content management, storage and delivery, to continue production seamlessly throughout the COVID shutdown. In total, they pulled over 2 million frames with a 35-minute average delivery time.

Due to Covid-19 restrictions, working together in-facility disappeared overnight. Luckily, TechStream, Technicolor’s iOS app, was used to enable secure, remote collaboration sessions between Bajpai and, at times, up to eight creatives from various places around the globe to simultaneously view and discuss the color grade.

Explains Bajpai, “The year-long development and final release of Technicolor’s own TechStream app came at the most opportune time just days before the pandemic lockdown. It was heartening to see how our app made everything so incredibly simple that the creative collaborators seamlessly transitioned to virtual color grading sessions in a blink of an eye with not a trace of compromise.”

The show is extremely detailed in wardrobe, production design, hair design and all things textural. The HDR version perfectly honors the work of all involved by bringing out the nuances that are agonized over by those talented artists. Bajpai along with Jur ensured the HDR version was as lavish as it could be and that the show maintained visual integrity of the original cinematography. “It is a delight to see the show be so alive and tactile in HDR,” continues Bajpai. 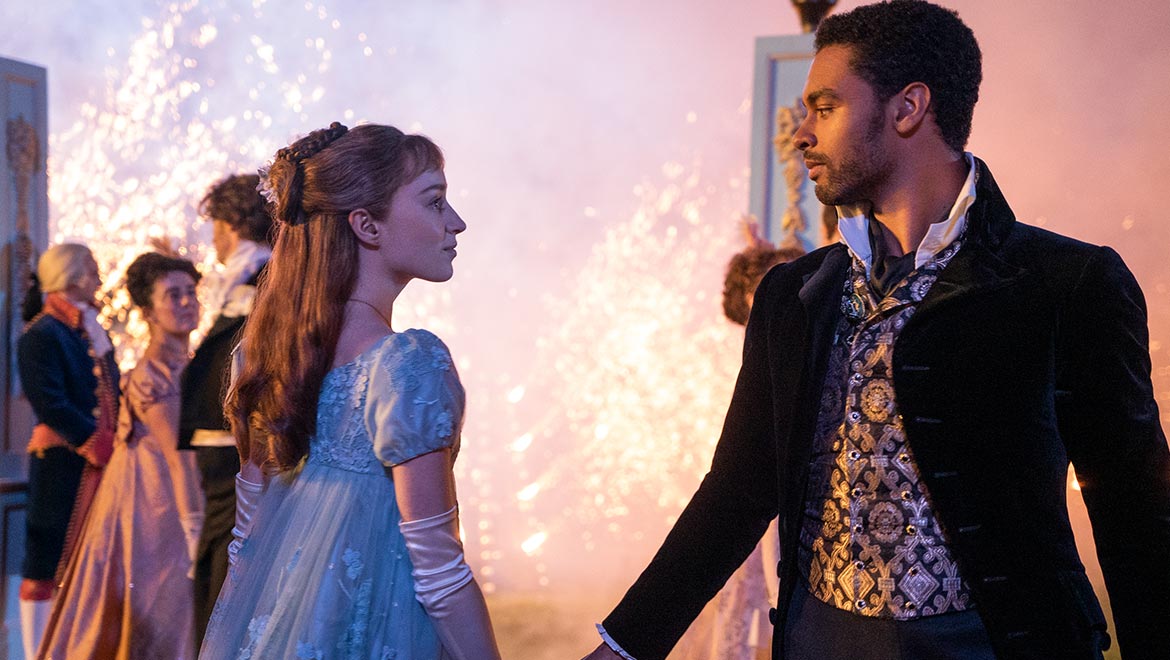 In regard to the look, Bajpai says “It’s a period piece that takes place in 18th century England with gorgeous costumes and production design. Yet, it is also incredibly contemporary. Much of it was of course built into the principal cinematography. However, seeing the show come together in post was delightful and the visual tone evolved accordingly keeping in step with the narrative. It’s rich and opulent. We also had the luxury of time to finesse. For example, I could learn something in episode six, then revisit the grade in episode one to bring the same gravitas and excitement to those images. To be able to do so on an episodic series is a treat and a luxury. This is usually the kind of opportunity reserved for grading a theatrical feature. But then again, the gap is narrowing in how much time and attention is paid to get details right in either medium. It’s a great time to be creating entertainment.” 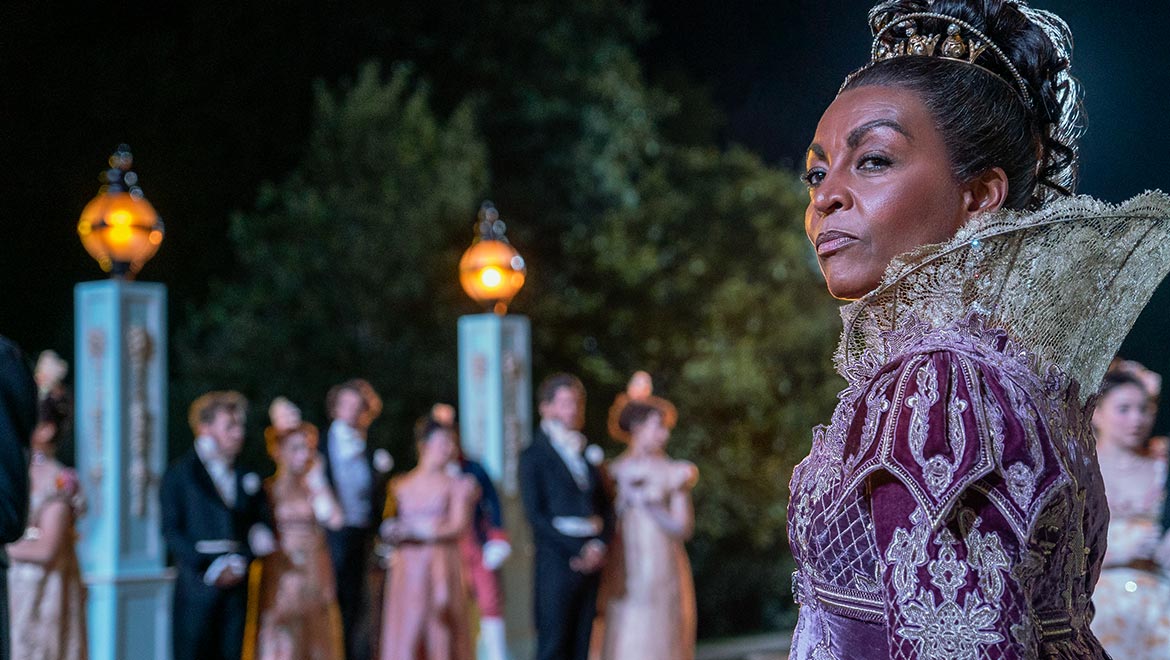 Technicolor VFX worked on nearly 600 shots, overseen by VFX Supervisor Bill Georgiou and producer Tara Acquesta. While the team completed many standard clean-up shots including wig fixes, wire removals, and modesty fixes, they were also instrumental in transforming the environments from overcast, foggy London into a lush and green world complete with a dramatic full blue sky with clouds, CG plants, flowers, and trees of various varieties through multiple shots. Technicolor VFX artists were not only responsible for building trees, branches, and blooms, but they meticulously added motion in the leaves and branches to match what was happening in each plate.

Continues Bajpai, “We were able to work internally with Technicolor VFX to create a Baselight workflow using BLG files, which are EXR files that carry all of the information used in the final grade including masks, windows, mattes etc. Our VFX teams had all of the grading metadata, not just CDLs and LUTs. With it, we were able to create an extremely precise and efficient workflow.”

“So much so”, he adds, “that when the creatives were signing off on visual effects work, the images would look exactly the same in the final color grade reviews thus eliminating any surprises. It was deployed in our Nuke and Flame systems creating a closed loop between all grading and visual effects work.” 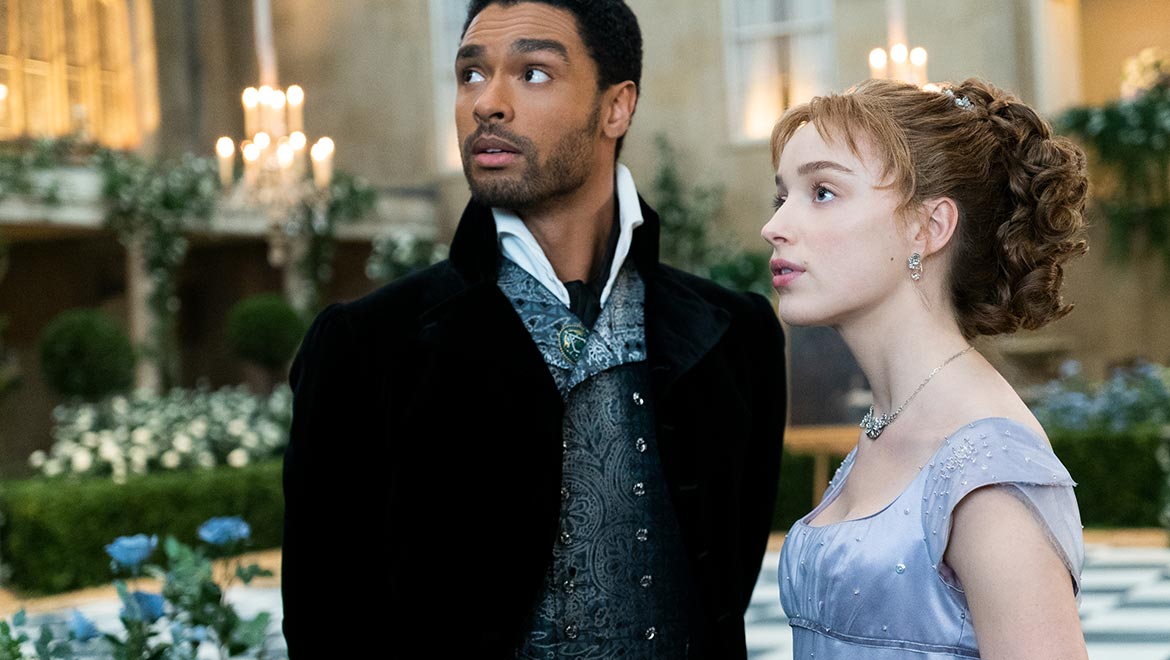 Additionally, Technicolor’s Marketing Services group was enlisted to help entice audiences through finishing the series’ trailers and promo spots. Bajpai worked closely with the group, including marketing producer Duy Kwan, colorist Molly Nolan and editor Laurie Kwan, creating a similar round-trip system with the team as done with Technicolor VFX. The alignment between teams allowed an instantaneous color-grading process once the promos were received. For any of the spots he did not directly color, Bajpai worked closely with Nolan to provide feedback, ultimately signing off on all color to ensure a final product that both Netflix and Shondaland were happy with.

“Working with Shondaland was absolutely delightful. They are very passionate people. There was a great amount of clarity as to what everyone wanted, and everyone worked so well together,” enthuses Bajpai. “This is a group that knows a thing or two about diversity and recognizing talent in all sorts of places, and the show recognizes that in both the cast and the crew. Knowing there’s so much excitement around the show makes it extremely rewarding to be a part of.”

All eight episodes of Bridgerton’s first season are now available on Netflix.