Technicolor is the rare corporate recipient of an iconic Hollywood honor. 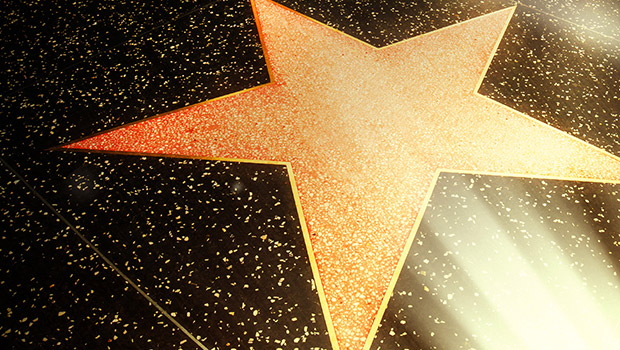 On March 30, 2016, Technicolor will be honored by the Hollywood Chamber of Commerce with a “Star of Recognition” for its historic contributions to film and television, becoming only the second corporate entity bestowed this honor. Continuing Technicolor’s 100th anniversary celebration, the Hollywood Star unveiling ceremony will take place in front of Technicolor’s Hollywood headquarters at the historic Sunset Gower Studios, located at 6040 Sunset Boulevard.

Founded in 1915, Technicolor relocated to Hollywood in the early 1920’s and has provided post-production services on thousands of films around the world, allowing filmmakers to push the boundaries of picture and sound technologies.  Establishing an Oscar™ winning tradition that goes back to the early 1930’s when the company won the first of 24 citations from the Academy of Motion Picture Arts and Sciences for Scientific and Technical Achievement, Technicolor continues to contribute to and be honored for their work including The Mill’s Oscar for Achievement in Visual Effects for Gladiator, MPC’s Oscar for Achievement in Visual Effects for Life of Pi, Technicolor Sound’s Oscar for Achievement in Sound Mixing for Whiplash, and to this year’s Oscar-winning picture The Revenant, which marked the fifth straight Best Cinematography Oscar winner Technicolor has color finished.  Technicolor’s tradition for creative innovation has continued unabated to this day.

For one hundred years (and more to come), Technicolor continues to be integral in the future of storytelling by empowering creators through innovations in creative technology. With an ever-expanding portfolio of creative brands, the honor from the Hollywood Chamber of Commerce comes at a wonderful time. “Technicolor has been an integral part of the Hollywood film and television landscape from the very beginning,” said Frederic Rose, Technicolor CEO. “We have been at the forefront of creative and technological innovations that have wowed filmmakers and audiences alike. We are honored to be recognized by the Hollywood Chamber of Commerce for our role in shaping Hollywood.”

Follow Technicolor on Twitter for live updates during the Hollywood Star unveiling starting at 9AM PST on March 30, 2016.