At Technicolor color is in our DNA!

In celebration of International Color Day on March 21, we take a look back at our history and forward to recent innovation in color technology, and how it continues to keep us at the forefront of the industry. 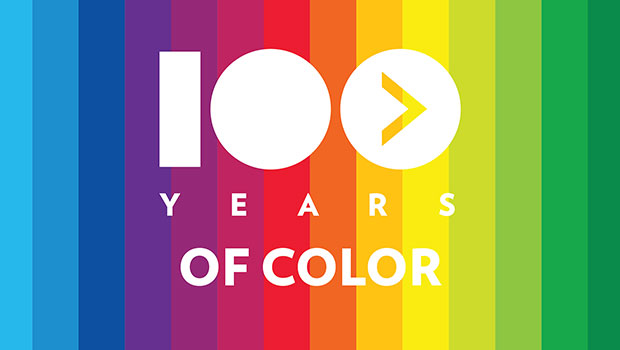 In 1915, The Technicolor Motion Picture Corporation began its love affair with color, and in the process created one of the most revolutionary changes in film history. The addition of sound in 1923 meant that film was better able to imitate reality; but it was the move from black-and-white to color that wowed audiences and transformed the industry forever.

The first feature-length blockbuster that used the Technicolor two-color process, The Black Pirate (1926) was considered avant-garde and rather ostentatious. At this time, directors often picked specific scenes to color, in order to heighten the audiences’ emotions. This has led some commentators to express that modern audiences still associate saturated color, such as that experienced by early cinema goers, to happy and positive emotions.

Technicolor quickly developed an improved color system, the three strip IB dye-transfer process used in much loved family films, such as Gone with the Wind (1939) and Singin’ in the Rain (1952). This system was revolutionary, and film that used the Technicolor IB dye-transfer process is as vibrant as ever, making them invaluable sources for film restoration projects. The rich colors produced in this process also served to make films more vivid than reality itself, and this aesthetic served to enhance films’ escapist quality.

Scientific research conducted in the 1930’s showed that color directly shaped emotional responses and ever since, directors have been using color as a narrative devise. The first example of this cinematic technique is a scene from The Wizard of Oz (1939), where Dorothy leaves her sepia-toned reality to the colorful land of Oz – representing the start of her big adventure. Other directors that Technicolor has worked with over the years, such as Stanley Kubrick, Tim Burton, Stephen Spielberg, Ken Loach, David Lean and many more have all relied on color to shock, amaze and draw audiences into their vision.

Today, the color grading process in post-production serves to ensure the full spectrum of emotion is provoked. Moreover, the finishing touches in the DI suites helps the directors and DOP’s create a greater sense of time in the film. A good example of this is BAFTA winning film, Paddington (2014), which has a timeless quality that was created by understanding the subtle nuances of color in the post production process.

Color’s early history in film was symbiotic with technological advance, and the same could be said today. The industry is driven by technological change, and, although Technicolor was once associated with its dye-transfer process, it has reinvented its services to embrace the wonderful possibilities provided by the digital revolution.

Bringing new ideas to the table, working in collaboration and creating the dialogue necessary to keep pushing the technological boundaries has meant exciting new technologies have been developed. On set color grading, such as Technicolor’s DP Lights V2.0, allows DOP’s to control their color choices before the post production process. Technicolor has also recently announced its first technology licensing deal for color in the smartphone industry, partnering with ALCATEL ONETOUCH on the launch of IDOL 3, the brand’s latest flagship smartphone , to embed Technicolor Color Enhance technology. The IDOL 3 color adaptive screen, with Technicolor Color Enhance Technology, gives the viewer a rich color experience.

It’s incredible to think that within a century audiences can now choose any screen and experience color in a way that excites as much as it did for audiences in the 1920’s.