Technicolor Goes Big With IMAX In A Beautiful Planet 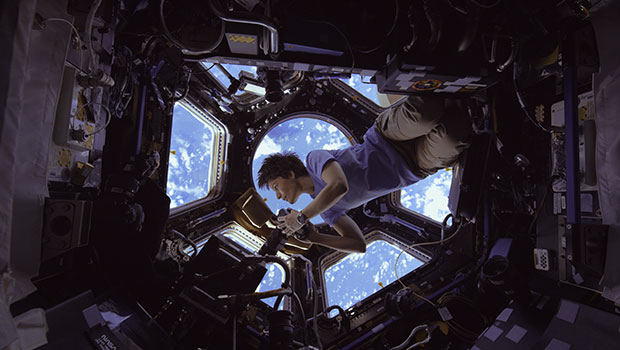 A Beautiful Planet, the most recent addition to the amazing list of IMAX space documentaries by acclaimed filmmaker Toni Myers, features exclusive footage of Earth showing a new perspective of the place we call home. From IMAX Entertainment, in cooperation with the National Aeronautics and Space Administration (NASA), the film features stunning footage of our magnificent blue planet — and the effects humanity has had on it over time. With assistance from Technicolor, A Beautiful Planet makes a lasting statement about the planet with sweeping visuals and visceral sound.

Technicolor Toronto provided complete color finishing and sound services for the film.  Preliminary production meetings began in January 2013 followed by extensive camera testing for shots taken from the International Space Station. Once in production, footage was sent electronically to Technicolor in Toronto or was physically brought down to earth by the astronauts and sent to Technicolor Toronto for dailies processing. After picture lock, 2D and 3D conforms were created and final 4K color finishing began. Colourist Brett Trider worked closely with cinematographer James Neihouse as well as Legend 3D to develop a color palette that complimented the spectacular and immersive imagery.

The footage in the film was captured by the astronauts aboard the International Space Station (ISS). A Beautiful Planet was the first of Myers’ films to be captured digitally and in 4K. ISS astronauts used the Canon 1DC still camera for exterior shots and the Canon C500 for interior shots. Additionally, the film was the first of Toni Myers’ films to be mixed in 12.0 Immersive IMAX® sound. Re-recording mixer Cory Mandel worked with composers Maribeth Solomon and Micky Erbe, utilizing the new sound format to envelop the audience in the score. Cory was instrumental in the creation of this new theatrical audio format, which uses an expanded, multi-channel sound system unique to the IMAX theatre experience and specifically designed to enhance the immersive experience. The team went into the final mix with 600 audio tracks, double the average amount for a feature film, making A Beautiful Planet the largest film ever mixed at Technicolor Toronto.

The film, which is narrated by Jennifer Lawrence and offers an awe-inspiring glimpse of Earth and a hopeful look into the future of humanity,will be released in IMAX® and IMAX® 3D theatres worldwide April 29th, 2016.

IMAX® is a registered trademark of IMAX Corporation.