Technicolor is “All Hands on Deck” for The Revenant. 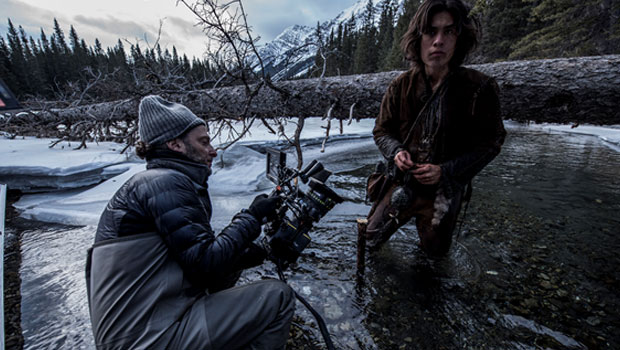 Director Alejandro González Iñárritu’s latest feature, The Revenant, produced by New Regency and 20th Century Fox, is a remarkable follow-up to his Oscar-winning Birdman, or (The Unexpected Virtue of Ignorance). Shot in extreme conditions and challenging locations during the middle of winter in the Northern Canadian Rockies and Southern Andes mountains using only natural light, the film features performances by actors Leonardo DiCaprio and Tom Hardy. While working closely with Technicolor’s creative teams, Oscar-winning cinematographer Emmanuel Lubezki, ASC, AMC, photographed the film (in part) on the new ARRI 65 camera “in sequence” as they did with Birdman,. Altogether it took a virtual army of talent and producers to execute one of the most challenging undertakings of Technicolor’s century-long history.

The Revenant post-production required a massive “all hands on deck” commitment from Technicolor. “The entire Technicolor family should be immensely proud of the effort that went into supporting Alejandro and Chivo,” states SVP of post-production, Sherri Potter.  “For a project that had so many intricacies and tight deadlines, this project truly exemplifies the magic of teamwork.”

Technicolor’s On-location Services team traveled with Lubezki’s crew to all locations for principal and second-unit photography, handling dailies distribution back to editorial and multiple visual effects vendors.  Consistent with the way the film would be finished, a Lustre color-correction system was located on location for dailies-grading, utilizing full DI color & controls on a 2k projector setup in Technicolor’s trailer near the production office. Technicolor’s Dave Wilkinson and Jodie Davidson handled dailies color-grading responsibilities.  Technicolor dailies solution rendered out deliverables with DNx36 175 for editorial, H264 for pix, and HDCamSR for 20th Century Fox marketing requests. All dailies were backed-up to LTO drives. Additionally, a dailies screening room was setup for editorial and creative talent in the production office, allowing Lubezki to grade in the trailer in 2k and then proceed to the screening room for nightly screening sessions. Kenny Vicent, Technicolor’s director field engineer, helped support the location work.

Technicolor’s MPC visual effects team produced VFX for the feature, led by supervisor Arundi Asregadoo and producer Lena Scanlan.  MPC was awarded the film’s opening sequence, which follows the central cast as they are attacked along a riverbank.  Iñárritu wanted to create one continuously running “real-time” sequence, reminiscent of Birdman, and keep the work 100% photo-real.  MPC’s task was to take more than 100 in-camera shots and to seamlessly stitch these together, reducing the number down to 39 extended shots. Some other challenges faced by MPC’s team included devising an effective approach to blending different formats as well as addressing parallax in the trees.  The final result was achieved by a combination of techniques including re-timing parts of the plates and rebuilding sections of the image with other takes of the action. MPC’s team also created photo real CG animals for scenes including a beaver, deer, vultures, and horses. The VFX and compositing teams created effects including smoke, fire and flying mud, as well as sky replacements and CG arrows.