The Warner Bros. drama gets a visual boost from Technicolor. 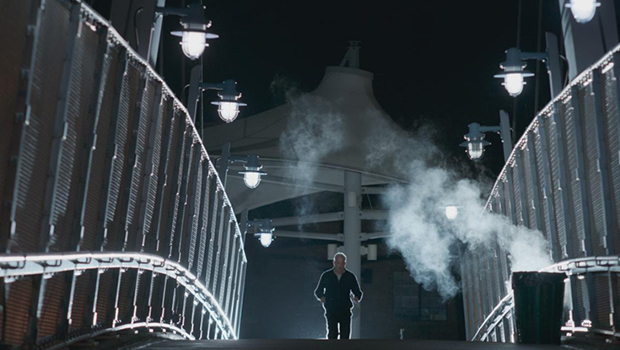 Called “The Miracle on the Hudson,” Sully is the heroic, true story of Chelsey “Sully” Sullenberger’s safe landing of US Airways Flight 1549 in the icy waters of the Hudson River one cold January morning. Directed by Clint Eastwood and helmed by his longtime cinematographer Tom Stern, the film examines the aftermath of the successful ditching of the A320 Airbus that ultimately saved all 155 passengers onboard.

Working with Stern and Eastwood, Technicolor colorist Maxine Gervais delivered a “look” of photo-realism with a “very current feel.”  Gervais’ worked on the color grade at Technicolor Hollywood and together with Stern, targeted P3 color-space for IMAX laser-projection.  Gervais noted, “We worked closely with the IMAX team, especially with Lee Wimer, who was a star lab-timer at Technicolor for many years, to ensure that the IMAX laser presentation of Sully is nothing short of stunning.” Bob Peichel produced the Sully color-finishing, with Erik Kauffman delivering editorial conform, along with Jeff Pantaleo whom served as Ms. Gervais’ color-assist.  Technicolor also delivered theatrical marketing color for the film’s theatrical and broadcast trailers. In addition to color-grading and color-finishing at Technicolor Hollywood,  Technicolor Toronto’s sound team created IMAX Audio DRM for the film’s theatrical release.

Technicolor’s MPC created a host of VFX shots for the film, from the film’s opening sequence – flying an A320 Airbus into New York Times Square - to the passengers and crew being rescued from the Hudson River after the actual forced-water-landing. Additional visual effects work was produced by Technicolor’s Mr. X VFX boutique.

Watch the trailer and parts of the opening sequence featuring the now-iconic events leading up to the landing on the Hudson River.