From processing the 35mm dailies to making the transition to digital imaging, the show has spanned the technological evolution of network filmmaking. 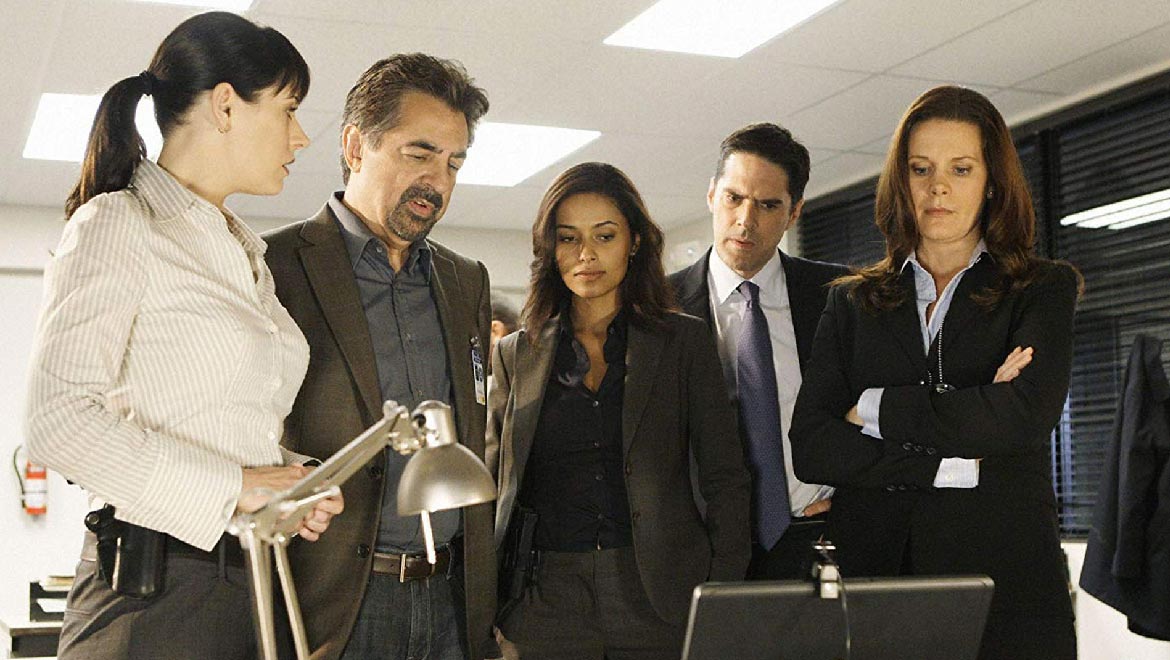 Criminal Minds, beloved crime series and household name, is ending after a successful 15 year run on CBS. Technicolor is proud to have worked on a number of elements for the show throughout its lifetime, including dailies, sound, and color. Featuring looks by colorists Tim Vincent, Tom Forletta, Roy Vasich and sounds from Frank Morrone and Colette D. Dahanne, Criminal Minds was an excellent culmination of Technicolor Creative Services on a prime-time series.

While Technicolor was long in the business of color-timing for cinema, it was one of the first to make the transition to digital color grading for television. It was exciting to assist in bringing new life to the look and feel of network shows, as the technology and demand began to enable shows like Criminal Minds to level-up visually.

At the start of Criminal Minds, Technicolor was only doing dailies for the show. Colorist Roy Vasich worked on the dailies for the first four seasons of the show, when it was still being shot on 35mm film – the last wave of episodic television before the switch to digital.

“Back then, we processed dailies from the original negative, so it really felt like proper color-correction. Because of how we were deriving the image, we gave more of a final look to the show for the editors to review. And the client was great!” Roy Vasich recalls, “Glenn Kershaw, who was the DP that first season and worked on the show all the way through, was a great guy to work with. And fans just loved it, obviously, since it went on to stay on the air for so long.”

Over the next ten years, many factors contributed to a shift from film to digital. Technology was rapidly advancing, causing many productions to adapt quickly. 2007 brought a Writer’s Strike, which heavily affected production and production costs. In 2011, a massive tsunami devasted Japan, destroying a Sony factory which had been the sole manufacturer of the tape stock traditionally used to record dailies. In addition to these changes, there was an organic push for more cinematic television, ushered in part by the introduction of notable series like Rome and Mad Men, which pioneered feature-looks for episodic projects.

In its fifth season, Criminal Minds made the jump from film to digital and Technicolor would expand its services on the show from dailies to color and sound.

In 2015, colorists Tim Vincent and Tom Forletta were brought in to work on the series, applying the same digital intermediate approach used in features for this network show. Vincent and Forletta completed a total of over 90 episodes between the two of them, over the final 5 years the series was on air- taking full advantage of the latest color correction software available to them, keeping up with the ever-advancing technology.

“When the show first began, they were using a software called DaVinci, but it was somewhat underutilized. When I took over the show, I used Autodesk Lustre, and then for the final two seasons, transitioned into using Black Magic Resolve. I was able to utilize all of the modern tools available to me. Technology is constantly improving, and I was constantly learning and staying up to date,” remarks Tim Vincent. “It was nice to see a steady confidence built in the audience’s ability to perceive what was going on in the story, which allowed us to do some slightly edgier stuff than what was traditionally implemented into network TV.”

“What stands out in my mind was the extensive use of digital windowing to enhance or shadow various sections of the frame. This helped to shape the image and further bring the intent of the director of photography to the screen.  The show was creatively a pleasure to work on,” Forletta remembers.

Sound mixing was also a major part of Technicolor’s contribution to this memorable show. Re-recording mixers Frank Morrone and Colette Dahanne worked on the final seasons, almost 70 episodes between them. Even in those final four years, the sound team also felt the advancement of technology and responded accordingly.

“We were constantly upgrading the plug-ins we used for dialogue on the show, refining our workflow, adapting quickly while still producing a high-quality product. Over the years, the amount of dynamic range that we were able to produce in the mix and on set just kept increasing. We felt the tech changes, but we grew along with it, and it made the show that much better,” Re-Recording mixer Frank Morrone remarked.

Morrone and Dahanne worked closely with the creative team of Criminal Minds to create engaging sound for each episode. With rising standards for color as well as sound, they worked to create an audio mix as dynamic as a feature film, in a fraction of the time.

“It was a busy show with a lot of action,” Dahanne comments. “We had to mix the episode in 8 hours, which is very fast.  It was my very first project working with Frank and we clicked right away. In fact, everyone on the post sound team was so welcoming, including our AP, Callie Miller. They were all great collaborators; I have such fond memories of mixing this show.”

“The crews were all seasoned, experienced people. There was a lot of creative flexibility that everyone on the team had, and it really showed. The show never dropped off in its ratings, and it had very loyal fans - all bi-products of great writing and great artists. There was a real feeling of family on set. Everyone respected each other. We became a pretty tight-knit bunch. Between David and Colette, from our very first day mixing the show, we had a fun, creative experience between the three of us.” Frank Morrone expounds.

From start to finish, film to digital, color to sound, the Technicolor teams behind Criminal Minds managed to thrive, despite major changes to the fabric of the entertainment industry and evolving standards for network television. Technicolor is proud of its artistic contributions to such a shining, long-lasting series.

Past seasons of the show continue to stream on the CBS All Access streaming service.