The Past Comes Alive with Technicolor’s Assistance. 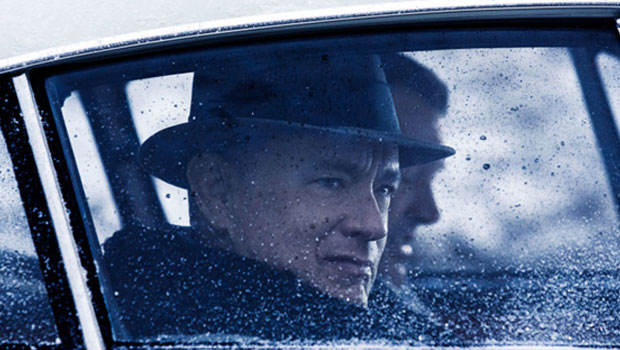 Steven Spielberg, over a five decade-long career, has produced some of the most important historical dramas in motion picture history, including Lincoln, Schindler’s List, Amistad, and Munich. Spielberg juxtaposes historical events with human existential choice, exploring situations that test individual character.  In the case of his latest project, Bridge of Spies, he focuses on New York lawyer James Donovan (played by Tom Hanks), an honorable man who navigates his way through overlapping situations of potentially great moral ambiguity.

The film’s narrative unfolds in the late 1950s, when Donavan is called upon to defend a covert Soviet agent, Rudolf Abel (Mark Rylance) who is arrested for espionage.  His trial and outcome set the stage for the film’s greater central drama: Donovan being called up by the CIA to secretly exchange Abel for two Americans (one of whom is accused of being an American spy) being held in Russia and East Berlin.

The raging cold war era offered a visually interesting setting and backdrop for the DreamWorks SKG and Participant Media production. Bridge of Spies was photographed by frequent Spielberg collaborator, cinematographer Janusz Kaminski, from a shooting script by Ethan and Joel Coen, with the original screenplay by Matt Charman.  Technicolor’s Michael Hatzer flew to New York and set the look of the film with Kaminski during the start of principal photography.  Technicolor Postworks NY handled production dailies from that “set” look, processed from 35mm 4-perf film under the supervision of colorist John Vladic then transferred on a Spirit DataCine, providing the production print and HDSR tape dailies.

Hatzer handled color finishing from his theatre at Technicolor Hollywood on his Lustre color-grading platform, while also overseeing all theatrical and ancillary deliverables for the studio.