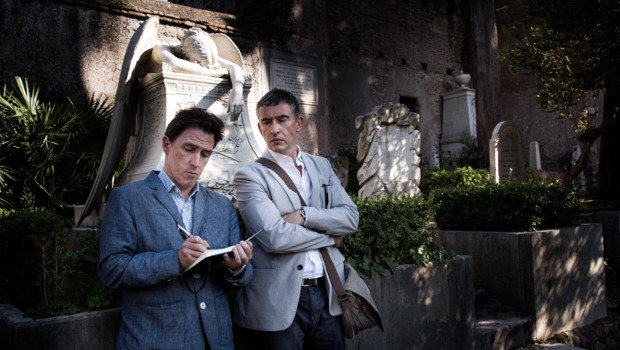 Written and directed by Winterbottom, The Trip to Italy is a sequel to the 2010 critically acclaimed film and TV series The Trip starring Steve Coogan (Philomena, Alan Partridge: Alpha Papa) and Rob Brydon (Gavin & Stacey, Marion & Geoff) which saw Coogan embark upon a tour of the North’s best restaurants with his best friend (Brydon) in tow.

The Trip to Italy sees Coogan and Brydon team up again in an improvised, comedic, banter-filled romp around Italy following in the footsteps of the Romantic poets.

Technicolor Senior Colourist Dan Coles, who also previously worked on The Trip, collaborated again with Winterbottom on the grade at the company’s London facility, using Baselight. “The film was shot with an Alexa and the resulting footage of the Italian locations, like Rome, Naples and the Amalfi Coast, was perfectly complemented with a natural grade, rich in contrast. Due to the sheer beauty of the scenery, we wanted to accentuate the azure seas, bright blue skies and vibrant vegetation, and highlight the natural splendour of the countryside.”

“We increased the feeling of warmth in skin tone and the overall palette, while we adding a slightly cooler feel to the sequences of food preparation in the kitchen, similar to what we did in The Trip.

“The film also featured a few dream sequences which gave us the opportunity to create a more heightened look, bringing an added dimension of intensity to the scenes,” says Coles.