Technicolor Returns to the Wizarding World with Fantastic Beasts: The Crimes of Grindelwald

J.K. Rowling fans are in for another fantastical adventure with the second of five planned stories in the Potter-prequel franchise. 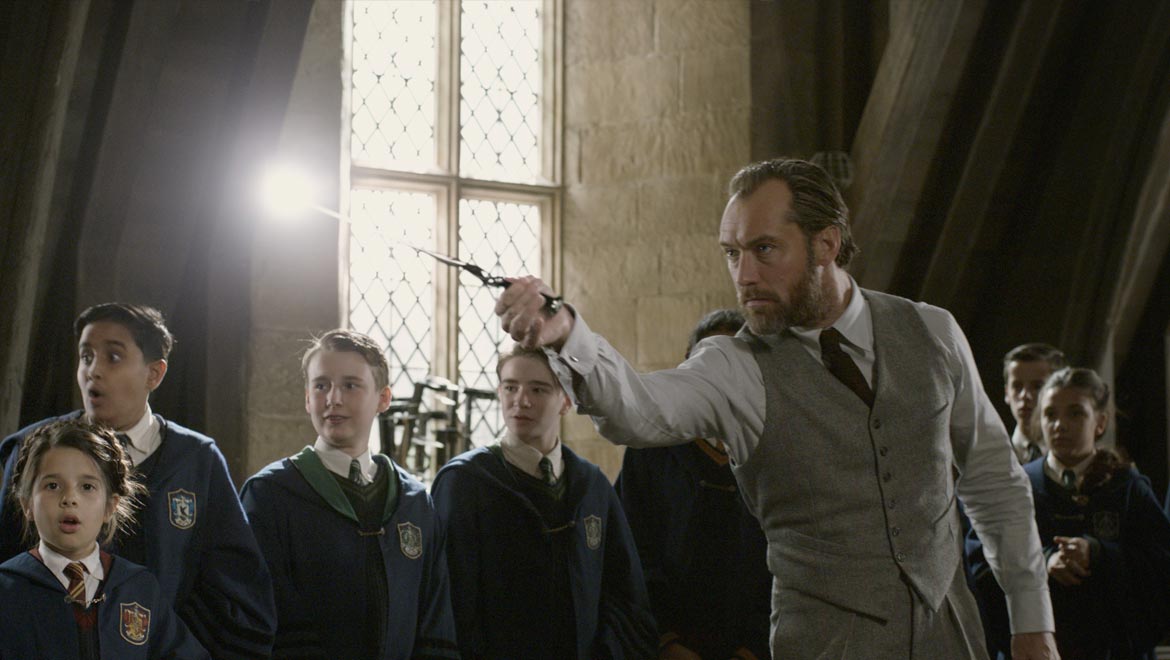 Fantastic Beasts: The Crimes of Grindelwald has been enchanting audiences worldwide – the second installment of the J.K. Rowling adventures again directed by David Yates with support from Technicolor London.

The Color and Front-End teams were embedded into the feature from the pre-production stage, where they collaborated on developing the color pipeline, setup workflows, and worked to ensure that the transition to post would be as seamless as possible.

With the camera selected (Alexa 65), the team decided early on in pre-production that they were going to build a new system to process the high-storage Original Camera Files, one that could be integrated with their pipeline and processes going forward. Working with engineers at Technicolor’s London and Los Angeles post facilities, as well as Filmlight, the Front-End team built a system that integrated Technicolor’s proprietary Dailies Manager software with Filmlight’s Daylight software, which was used to grade the dailies.

The result was a system that was capable of processing original Alexa 65 RAW files at full debayer. This brought to the production the ability to acquire, process, and back up the camera’s data with the same turnaround times and level of quality as less resource intensive camera files.

In conjunction with the Front-End setup, Technicolor’s Color Science and technical teams worked closely with the DIT and the Director of Photography, Philippe Rousselot, also returning as part of the Fantastic Beasts team. Together on-set they set a working resolution, and developed and built the color pipeline based on an ACEScct color space, which would accommodate all native camera resolutions, VFX needs, and deliverable requirements.

Being a VFX-heavy production, the filmmakers opted to use Technicolor Pulse to act as a central portal to store and deliver all shots and frames to each of the feature’s VFX vendors globally, as well as Technicolor London for the color grade. Over the course of a year, which encompassed a 5-month shoot and a 7-month post-production period, over two million frames were stored and delivered to multiple vendors through Pulse.