Technicolor Montreal and Mikros Animation bring a new look and feel to the screen to tell the true story of the incredible canine war hero. 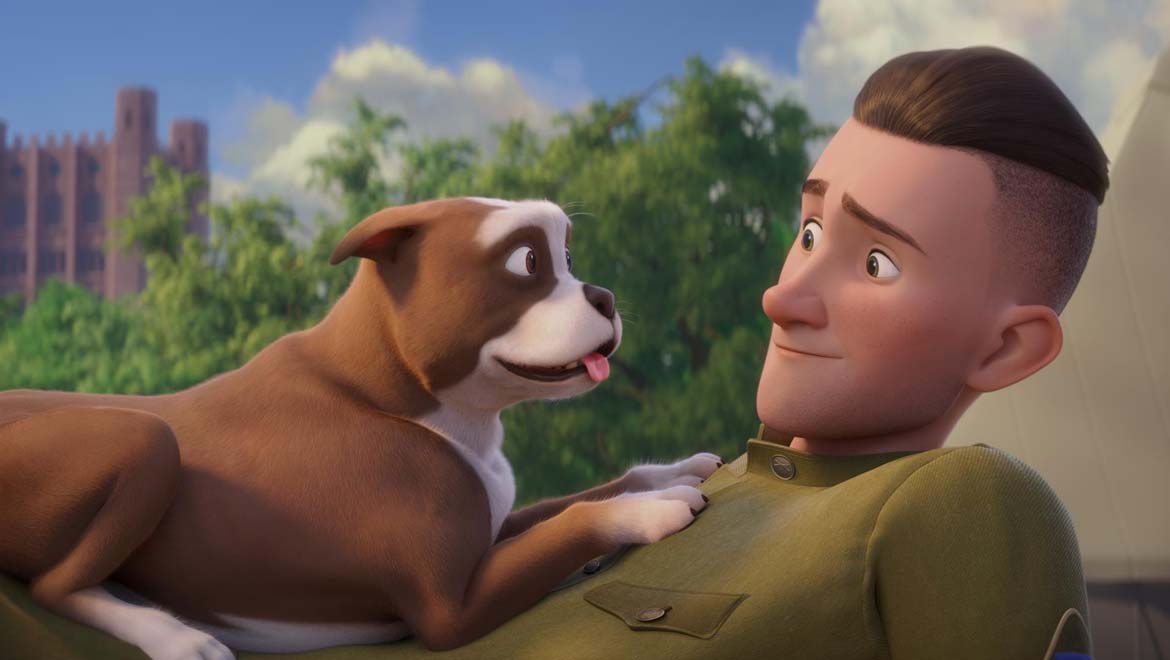 Sgt. Stubby: An American Hero is an animated feature based on the amazing true story of America’s most decorated military dog. Set against the backdrop of World War I, the story is based on the unbreakable bond that develops between the once stray dog and the young soldier (Logan Lerman) who rescues him. Narrated by the soldier’s sister (Helena Bonham Carter), the feature follows Stubby and his new best friend to the trenches of France, where they are befriended by le poilu, an infantry soldier in the French army (Gérard Depardieu), and embark on an epic journey through harsh conditions and incredible acts of courage.

Mikros, from the Technicolor family, created all of the animation for the feature, with its Paris location handling story and visual development and its Montreal location producing the animation. According to Cartoon Brew, Sgt. Stubby, with its different look and feel, “is unlike anything else in the U.S. feature animation market [and] feels different tonally. It’s gentler, quieter, more naturalistic.”

Efficiencies were created through a smooth transition to Technicolor Montreal, which provided complete picture and sound post services including final color grading and sound mixing. Colorist Nico Ilies worked closely with director Richard Lanni to create the look and feel of World War I, referencing autochrome images from the beginning of the century to determine grain and contrast. “This is not your ordinary animation – the color script was very well designed. I am extremely happy with the final look of the feature,” said Iles.

Because Sgt. Stubby does not speak, Technicolor’s Stéphane Bergeron and Sound Supervisor Christian Rivest helped give him a voice of his own that would allow the viewer to understand and relate to every emotion the dog was feeling during his adventure. “Recreating the main battles of World War I was [also] interesting,” said Bergeron, who led the sound mix, working with both Lanni and Picture Editor/Post Supervisor Mark Solomon on the stage. “We had to make sure we were true to the original sound of the American, French, and German artilleries, while still make it feel like a big 2018 soundtrack. Patrick Doyle’s beautiful music score helped us bring the finishing touch to the soundscape of this very charming and sensitive feature.”

“Everyone at Technicolor believed in the story of Sgt. Stubby and were a real pleasure to work with,” observed Solomon, who worked with Mikros and Technicolor beginning with the storyboard layout stage through to final animation, post production, and delivery. “Their dedication and experience was top drawer and made the feature that much better.”