Technicolor Smashes into Theatres with Colossal

The sound and picture teams at Technicolor made a monster effort on a tight schedule to get the film on the road to the festival circuit. 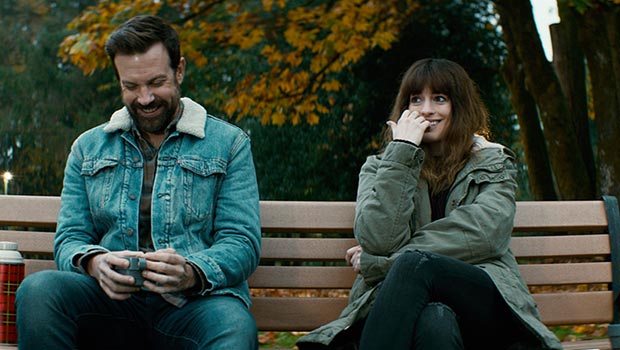 With his latest film Colossal, writer-director Nacho Vigalondo provides a hilarious new take on the monster movie genre and a mash-up with the romantic comedy.  The film – which stars Anne Hathaway, Jason Sudeikis, and Dan Stevens – has been a festival circuit hit, including screenings at both the Toronto International Film Festival (TIFF) and Sundance.

Technicolor not only provided both sound and picture finishing, but did so on a condensed schedule to ensure the filmmakers made the TIFF deadline.

Sound Re-recording Mixers Paul Williamson and Mike Woroniuk worked closely with Vigalondo, drawing inspiration from his famously intense creativity. With access to the latest technology, and mixing on the newest Avid S6 control surface, they delivered a robust sound mix on a very tight schedule.

“Nacho allowed for a lot of creative freedom in the mix,” said Williamson.  "After our first pass, he would then enhance key areas of the story with sound, whether heightening atmospheric elements to create an uneasy feeling for the audience or finessing the music score to underline the emotion of the scene.”

Technicolor Senior Colorist Brett Trider also worked closely with Vigalondo, as well as the DP Eric Kress, for the duration of picture post.

“I really enjoyed the freedom of being able to work with such a creative and passionate director,” recounted Trider. “I found his spirited energy to be infectious in the room and inspiring. And being able to work closely with Erik Kress to build a unique but natural look for the film was also an essential part of the filmmaking process.”

Check out the trailer for Colossal in all its craziness.