Technicolor teams in Hollywood and Toronto provided start-to-finish post-production services for the chilling series based on the 1989 Ebola outbreak. 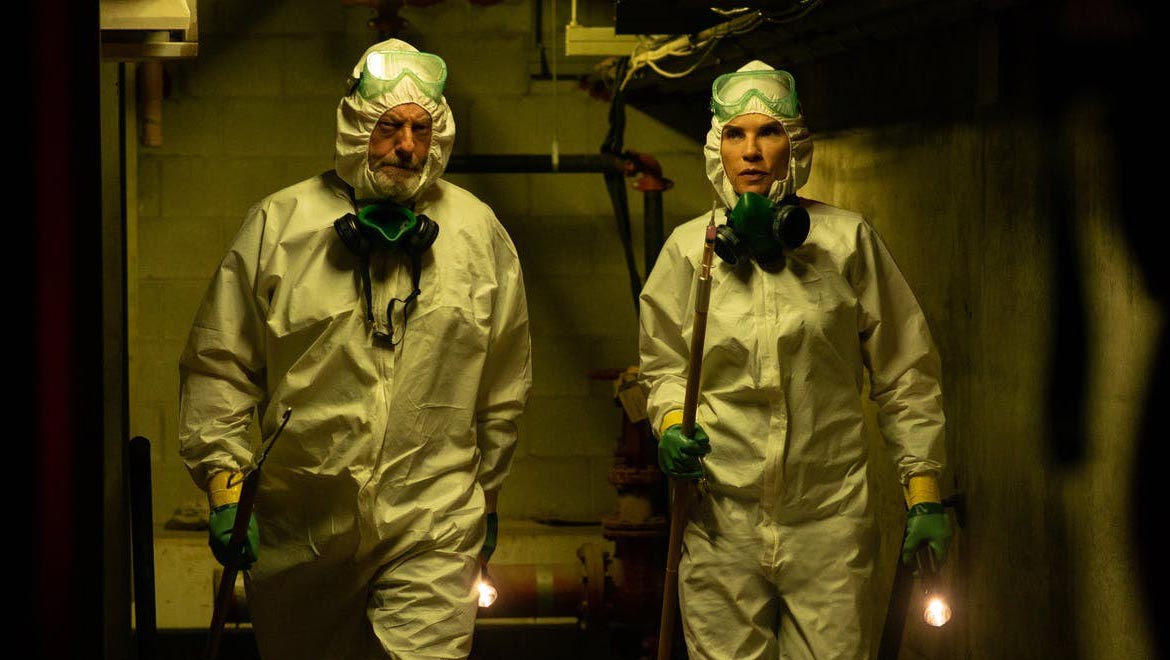 A deadly virus threatens the human population in National Geographic’s intense miniseries, The Hot Zone. Based on Richard Preston’s best-selling book of the same title, the series brings to life the true story of U.S. Army veterinarian Dr. Nancy Jaax (played by Julianna Margulies) who puts herself in mortal jeopardy when she tries to destroy the 1989 Ebola outbreak before it spreads to the human population.

Technicolor teams were enlisted to provide post-production services from start-to-finish, including dailies in Technicolor’s Toronto facility, editorial, color-finishing and sound.

Prior to shooting, cinematographer Cameron Duncan sat down with Technicolor senior colorist Doug Delaney to establish two looks - one for laboratory scenes taking place in Washington, DC and another for scenes in central Africa. These looks were exported as LUTs for dailies so that the creative intent was established from the beginning of shooting. Color finishing was completed on Resolve by Delaney with the assistance of Santiago Padilla and Randy Rigg.

Once the final grade began for the series, Delaney and Duncan would send stills back and forth for grade notes as Duncan was away on-set in Australia. One of the episodes required a bit more collaboration between Delaney in Hollywood and Duncan in Australia. To do this, Technicolor’s engineers partnered with a facility down under so that the two could have a remote interactive grading session, creating a long-distance, seamless client experience.

For scenes in the laboratory, Delaney explains how he “heightened the colors a bit with green as a recurring theme. Those green tones were used in the photography and in the set design and then were emphasized through the color grade. We really emphasized the green theme as tension grew. For the scenes set in Africa, Cameron and I discussed and agreed on a faded, sun-bleached feel, reminiscent of old film stock.”

Delaney’s team also worked closely with the VFX vendor – ensuring the monkey characters played well in dark scenes and making sure that intricacies, details and color themes carried throughout the entire series.

Technicolor Sound was another integral part of bringing suspense and excitement to the screen. Sound supervision was provided by Andrew Dawson with mix by Frank Morrone and Colette Dahanne.

According to Morrone, who was speaking for all three team members, “The Hot Zone provided us with a great opportunity to create a unique sonic environment that ranged from the African jungle through the ominous environment of a Level 4 Biohazard Laboratory. We quickly developed a seamless collaboration with producers and writers on how the show should sound and we went to great lengths to ensure the soundscape was authentic to 1980s America by finding period specifics sounds for all environments with particular attention to the laboratory.”

“The sound design consists of many subtle details, and along with the score by Sean Callery, added to the tension created by the cast and production design while maintaining a realism that brought home the fear of a potential Ebola outbreak on home ground.”

The Hot Zone is truly a television event not to be missed. Check out all six episodes, now available for streaming on National Geographic’s website.