Technicolor joins Amazon Studios to bring Aaron Mahnke’s hit podcast to the screen in a spooky anthology series that shows how folklore is at the heart of our scariest stories. 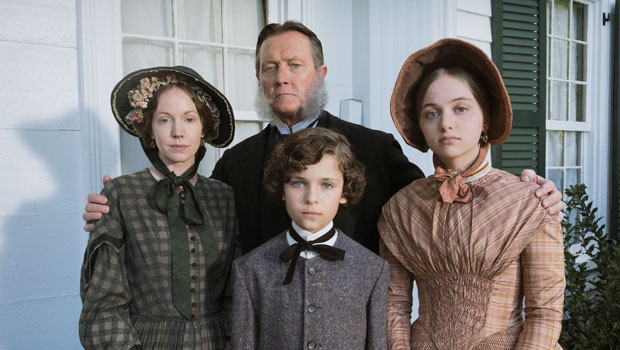 Amazon Studios continues to create compelling content from a variety of sources, this time from a highly successful podcast for its haunting anthology series Lore. The series reveals how horror legends and folklore – such as vampires, werewolves, and body snatchers – have roots in real people and true events.

Technicolor was involved early in the eerie production, processing dailies out of its Atlanta office, near where the show was shot. Additionally, Eric Deren from Technicolor VFX was on-set in Atlanta providing VFX supervision for some of the episodes’ more complex needs.

Colorist Charlie Tucker, in collaboration with Amazon Studio post production executives Matthew Perez and Jason Weichelt, handled the SDR and HDR grades for the show at Technicolor Los Angeles. Not only did each of the six episodes require a unique look and color theme, but the production – namely Amazon Studios, Propagate, and Valhalla Entertainment – wanted an “older feel” to the show, which would be blending dramatic scenes and animation with archival footage and narration.

“[They] gave me a lot of rope to play with it. The color palette is dark, moody, dramatic – very English,” said Tucker. “My style of color finishing fit perfectly for the show,” the British native added with a laugh.

Technicolor VFX also worked on all six episodes, with Eli Jarra, Eroc Moralls, and Jason Wilson handling all 2D VFX work, including creating ghosts and other creature enhancements. Rodrigo Washington and Chris Pierz added some fine detail to the show, such as creating 19th century period shingles and a photoreal CG crow.