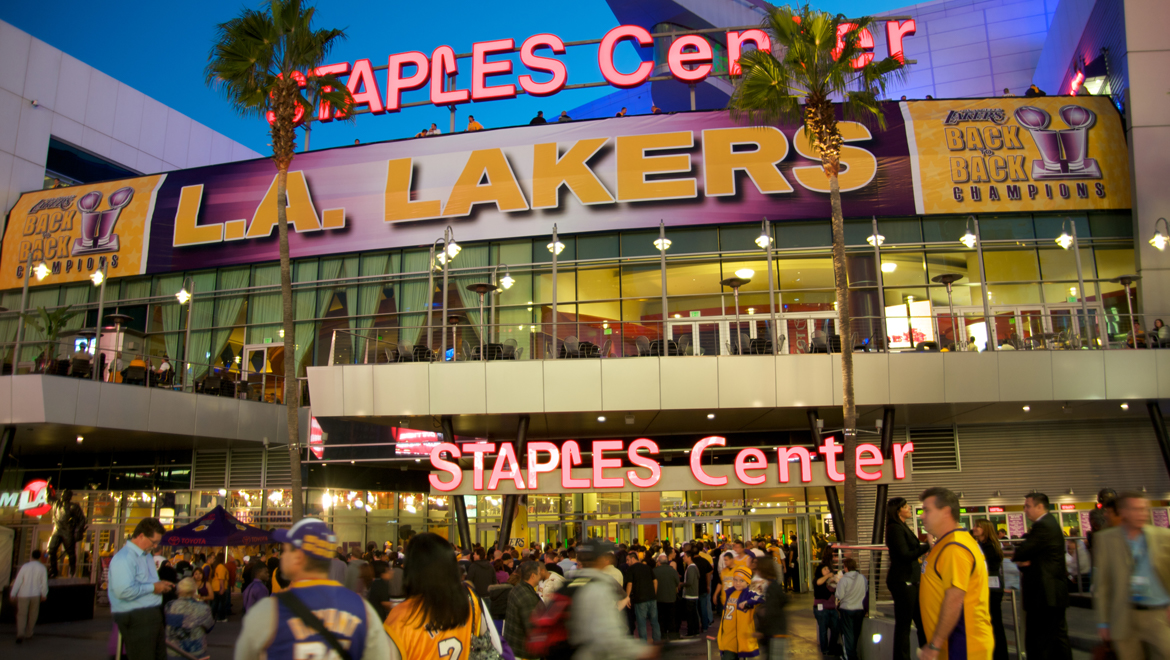 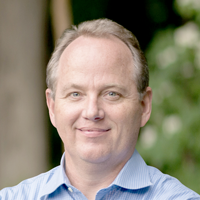 Kirk Barker, Senior Vice President of Emerging Products with Technicolor, explains some of the challenges of a simultaneous SDR/HDR stream associated with delivering a live broadcast of an NBA basketball game and how Technicolor helped to overcome them. Barker explains how to integrate SDR and the various formats of HDR for delivery to set-top boxes, TVs, and other devices.

Kirk, we have had an opportunity to put high dynamic range (HDR) into the context of sports broadcasting with the recent broadcast of a Lakers game in Los Angeles. Tell me what that meant from a technology perspective. How were we able to demonstrate the key technological hurdles that need to be overcome in order to incorporate HDR into a live broadcast environment?

We showed that we were able to deliver a really good HDR product within existing workflows, which is the key objective for a live production. You have tens of millions of dollars’ worth of equipment in a local stadium and in the broadcast trucks and the challenge was to fit into the workflows in both the trucks and the stadiums and provide an HDR production with the same quality control and quality as SDR, but with the much better experience that consumers get with HDR.

From a technological standpoint, what were the critical elements that needed to be in place to deliver both SDR and HDR into the living rooms of people with an HDR TV set?

Barker: The normal production has to happen in real time and must be very familiar to the people who have been doing this for past 50 years. It – delivering an HDR service – cannot involve a bunch of special workflows and special procedures. It has to operate in a way such that the directors on site can make choices between 15 cameras automatically, build the show the way they are used to building shows, and be able to monitor it for quality.

The technological challenge is doing things so they fit into that workflow. For example, there is the need to take existing camera feeds from the stadium -- not just the cameras that are shooting the HDR content, but also robocams, and the overlay graphics.

You have to make sure all the content is not blown out in HDR. Because the stadium will have some SDR feeds, you have to make sure that all the SDR coming in can be converted into HDR for the mixing and quality review. At the same time you have to automatically derive SDR output feeds so you can make sure everything looks great in the SDR feed without duplicating workflows.

The critical technical elements are automatic SDR to HDR and HDR to SDR conversion with no delay.

Did it work? Were you able to demonstrate that this was possible?

Barker: Yes, it did work. Everybody was very happy with the results: both the outcomes and some of the learnings, because it was a trial and in any trial you do have learnings.

The key technical pieces Technicolor produced were the SDR to HDR conversions for the existing SDR cameras as well as automatically derived SDR from the output HDR. We had a couple of units using Technicolor’s algorithms in the small form factor needed for the production truck. They gave very good quality video that could be intercut and intermixed to the other HDR feeds with absolutely no problems.

That low latency SDR to HDR conversion was super important and we had a couple of servers in place doing that. We also had to fit into the existing distribution workflows. We encoded that in our technology for distribution.

That was then transmitted back to the master control site and from there, out to a number of set-top boxes and back over MPEG 4 to the local display in the stadium.

Everything worked without a flaw in the actual deployment.

We did find some interesting issues with the existing equipment. As we changed 8 bit to 10 bit production within the truck — which has nothing to do with SDR to HDR conversion — we found some of the equipment had problems, such as audio problems when fed with 10 bits.

That is the kind of thing you find when you go into a production environment and one of the important aspects of this sort of trial. Some of the equipment might be 20 years old and this enables you to test every bit of equipment and make sure it all works.

What about the human factor? Are there any skills or any new capabilities that need to be developed by the teams producing these shows, which are live and very dynamic?

Barker: First of all, on the technology side, we have to make the workflows consistent with the way they are now. It is incumbent upon us as the technology provider to hide the fact that we are doing HDR from SDR. It should appear transparent to the guys in the truck doing the mixing. If they are used to pressing buttons A, B and C in that order, you dont want to change that. You want everything to work the same as it did before.

On the other side of the human factor, a lot of new creative decisions can be made on HDR content, and we are still learning in those areas. For example, deciding how much highlight to push, how much detail to show in the dark versus pushing the mid-range.

The guys are used to having shaded the cameras in a particular way for the past 50 years. Now they have more dynamic range to play with, so they can make some different decisions about the types of shots they pick up as well as in the way they intermix stuff.

That part is certainly a learning experience, but it’s a fun experience. You get the technology working, you give them the basic capability, but what you have also given them is a wider palette from which to paint the painting.

You cannot talk about HDR without raising the question of multiple formats. How important is it to have an open approach to HDR to address some of the flavors that exist in the marketplace, and what impact does that have on the live broadcasting community?

Barker: First of all, it is super important to have an open standard, for many reasons. We believe you can have innovation on top of standards, but those innovations need to be critically reviewed by everybody and to do that you need the blocks opened up where you can see them from a technology perspective.

In terms of the diversity of the workflow, what we did for the Lakers broadcast was largely a Sony Slog3 input and output transmitted in a few different formats.

But you get into problems with the multiple technologies that are out there- HLG and HDR10 and the others. There is a huge intermix of content. In this case we had advert insertion at the master control center. So we had to make sure the formats of those adverts were consistent with the production. We could not transmit an SDR signal and then have an HDR advert put in. If we did have an HDR advert then we had to decide how to encode it and make sure the TV or set- top box could respond to it.

That cannot be done in a closed system. We are working with a number of different partners that will be introducing our technology both from an encoder perspective and even from a postproduction perspective to make sure we have interoperability between formats and between the electro-optical transfer functions (EOTF) that define how digital data is converted to light.

We believe the flexibility to do that will be needed. You cannot just insist that all your content be encoded in one particular way because there will be some point in the chain where you will want to do a local advert insertion in a different encoding and you cannot necessarily re-encode five different ways into five different formats for each of the channels.

So how are you addressing that complexity? The broadcast of the game itself is clearly something you have control over. The adverts are coming in different formats from different places. What is your strategy to manage that level of complexity and get a consistent look and feel throughout the broadcast as you go from game to commercial to a breakaway to a newscast; and all the other things that happen in live television?

Barker: We believe the solution implemented in the end device, the TV or the set- top box, has to be able to accept a variety of different formats and one of the selling points of our system is what we call EOTF independence. This means we convert whatever EOTF comes in to whatever EOTF needs to be fed out.

We also believe in the concept of intelligent tone management, meaning that if we have a SDR signal we need to be able to bring that up to the level of peak luminance the display is capable of producing. The solutions we are implementing with our set-top box partners have all those components.

All that has to be managed to a consistent luminance. The solutions we are developing with our set-top box partners have all of those components. They allow the mapping in each of those areas. It really needs to be that complete a system, because you cannot provide something that meets two or three of those criteria. Then you would end up having the SDR looking great but the HDR not, or vice versa. Or both of those might look great, but the graphics might look horrible.

Your system has to be able to manage all those different components and manage what the display can do while maintaining good color as well as luminance characteristics.

Looking ahead can you describe the Technicolor solution and tell us how you are going to harmonize all the technologies and prepare broadcasters for the future of HDR in its current complexity. How do you see things going forward and how does Technicolor intend to support this particular approach to delivering a visual experience?

Barker: I think we have the building blocks in place to accommodate not only what we have today but also the future. You cannot lock yourself into systems that max out at a certain peak luminance. You have to assume that, as displays continue to progress, you will see 1500 nit displays, 2000 nit displays. The future will march forward, independent of anything we do.

So in addition to all the things I have talked about like EOTF independence, adaption to graphics, etc., you have to make sure you dont deploy a system today that has a particular cap. Our system has a cap of 10,000 nits and we might be able to extend that over time.

That vision we have for the future is really necessary. Some of the guys today are looking at handicapping, quite honestly, just going with some of the free curves and models that are out there today without thinking what they are going to do in the future. Likewise, any system must be able to adapt and transition. With our system you could start today with HLG, transition to HDR10 in the future and then maybe beyond HDR10 to HDR10 with enhancements.

There is a very nice path from one to the other. In addition to that, suppose some researcher in Europe comes up with some new EOTF that nobody is using today. The system should have the ability and utilize that, and we believe our system does provide that kind of flexibility.

So the Lakers game proves that this is doable today, would you say?

Barker: Absolutely. The future of HDR is very bright.