The Mill partnered with Norwegian musician Cashmere Cat and renowned director Jake Schreier, Park Pictures, to create the groundbreaking music videos Emotions and For Your Eyes Only. 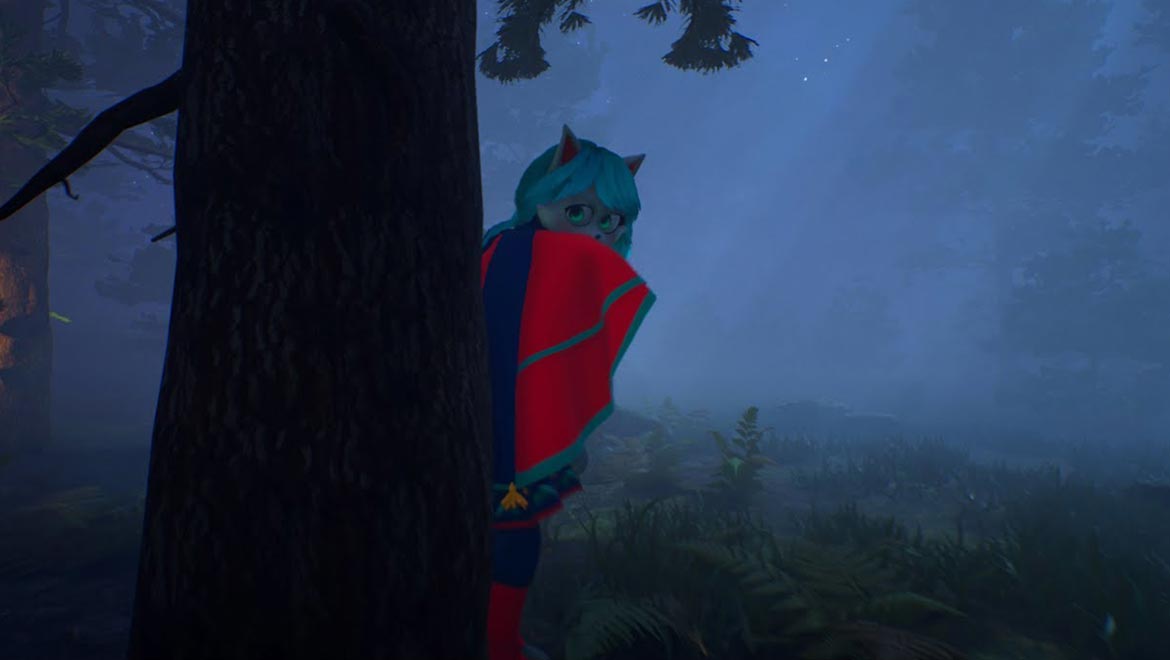 Technicolor’s The Mill collaborated with Norwegian musician Cashmere Cat aka Magnus Høiberg and renowned Director Jake Schreier on the groundbreaking music videos ‘Emotions’ and ‘For Your Eyes Only.’ The result is not only visually stunning promos, but an advanced application of real-time technology that pushes the boundaries of creativity and innovation.

The concept for the first video, ‘Emotions,’ was to show an animated cat dancing alone in her fantasy world before pulling out to a final scene that reveals a live performer actually sharing a dance. To do this, the creative team shot on a motion capture stage, implemented a virtual production pipeline, and utilized Epic Game’s Unreal Engine. A display screen on set rendered the CG character, landscape, props, and structures all in real-time, while Schreier directed the live-action dancer as she moved through the stylized world while being shot on a handheld camera. According to the director, “It’s hard to explain how fun it is to have a camera in your hands and see live into a virtual space.”

To pull this off, the timing was everything. The dancer’s movements had to match the beats of the music. Every single step needed to be synched up and match perfectly. After mapping out the dancer, the stage, and the various props that the dancer would interact with, what was captured on set was near-final, with only minor adjustments – clean up, additional character modeling and iterations – to do in post.

The result is groundbreaking, and first-of-its-kind music video: a study in what is possible when you leverage motion capture, realtime interactive visualization, and interactive set extension. “I’m so thankful for The Mill,” says Høiberg. “We couldn’t have seen our vision through without them! We came to them with a strange idea of a beautiful virtual cat, and I had so much fun working with them to bring her to life.”

Watch The Making of Cashmere Cat Emotions to hear more from the entire creative team at The Mill.

For the second music video, ‘For Your Eyes Only,’ the team used the same real-time technology and virtual production that made ‘Emotions’ such a groundbreaking video.

In For Your Eyes Only, Princess Catgirl is once again in the forest performing another captivating dance, but this time she is evading a mysterious light.

This second video was also directed by Jake Schreier of Park Pictures, with The Mill handling VFX production, creative, and emerging Tech elements.

Check out the new video and visit The Mill to catch all of their groundbreaking work in music videos.