Technicolor and its family of award-winning VFX studios collaborate to connect audiences with the brands they love. 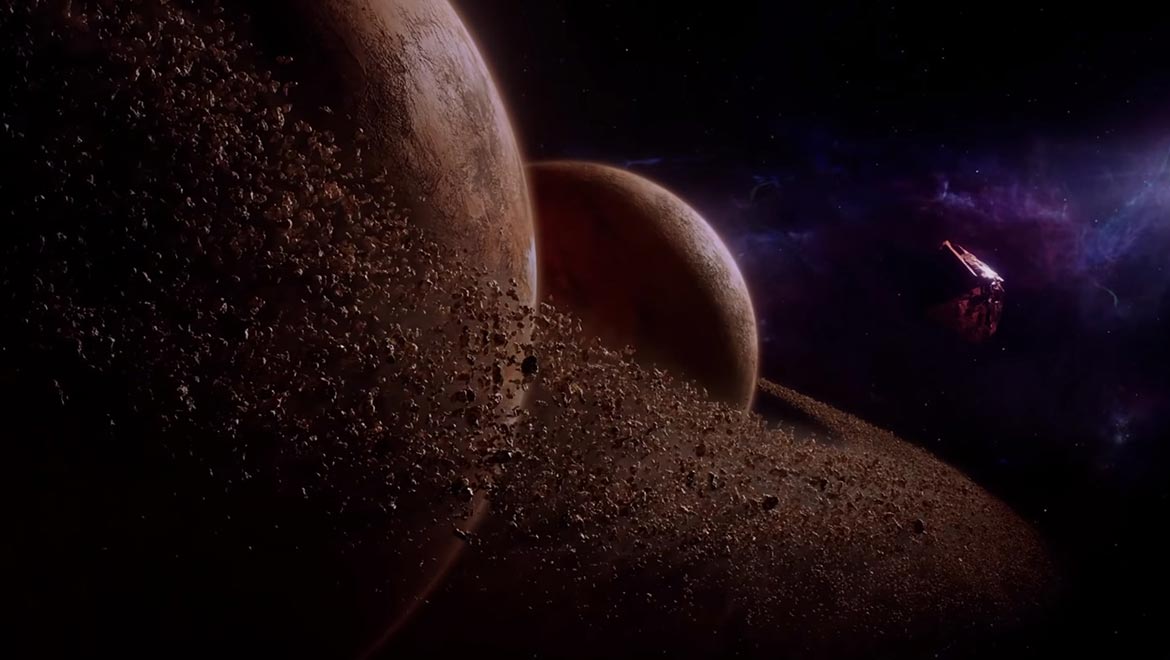 While tuning in to the Oscars to see who won amongst this year’s outstanding crop of films and filmmakers, we were also looking out for the most innovative ad campaigns that aired during the live broadcast. Like the best of the spots that run through the peak holiday season and during the Super Bowl, these ads rise to cinematic level quality and storytelling – fitting right in with the awards show itself. And like those holiday and Super Bowl ads, Technicolor and its family of VFX studios collaborated on a number of them – always working to connect audiences with the brands they love.

Here’s a few of the ads that kept us glued to the screen during the commercial breaks.

Hennessy’s stunning new campaign by four-time Oscar nominated film director Ridley Scott features a four-minute short for its iconic blend Hennessy X.O. The VFX-heavy spot was crafted in close collaboration with Scott and his RSA Films at MPC, based on a campaign and original idea by advertising agency DDB Paris. Scott’s epic visual experiment explores seven flavor profiles in a surreal, sensorial, and immersive narrative – where “Each drop is an odyssey.”

Along with the launch of the ad, MPC released an exclusive ‘making of’ film showcasing the vast amount of production work that was involved in bringing the campaign and its incredible worlds to life.

“The sheer scale of the spot is immense – both in a creative aspect and from a production standpoint,” stated Ryan Jefferson Hays, Creative Director at MPC, who created an initial treatment for each of the seven worlds in VFX. “MPC was involved in almost every creative decision throughout the process of creating the spot, working closely with Ridley Scott and the ECD and creative team at DDB Paris and Hennessy.”

BMW showcases the luxury brand’s new X7 model as the hero in a blockbuster-style film that draws inspiration from children’s storybooks. The fable-inspired film, directed by MJZ’s Dante Ariola, features visual effects by MPC to create its epic fantasy world. MPC worked closely with GS&P and Ariola throughout the entire process to achieve their vision for the action-packed 60-second spot – providing cinematic-level effects and techniques that make every day legendary.

MPC also has launched a ‘making of’ breakdown of the impressive visual effects in BMW, ‘Legend.’

“For this type of large-scale fantastical film, the visual effects were vital in bringing the weird and wonderful characters such as Roy the Destroyer, Poseidon, and the fiendish lawyer to life – against a range of stylized and quick-changing landscapes such as the Razorback bridge,” explained Michael Gregory, Creative Director at MPC. “We massively extended the environments that we shot to give it a huge scope. We had a lot of artistic license to go big; we didn’t need to stick to any rules which made it a lot of fun. Early on, when Dick Tracy, Tim Burton, and Terry Gilliam references were discussed, we knew it was going to be special.”

The Mill collaborated with Publicis NY on a series of idents for retail giant Walmart. Aired during the 2019 Academy Awards, the campaign – directed by Wally Pfister of RESET content – shines a spotlight on the crew members and behind-the-scenes moments that make iconic movie magic. The Mill’s team was led by VFX artists Jade Kim and Jeff Robins, with final polish added by colorist Damien Van Der Cruyssen.

See how Walmart styles the stars that appear behind the scenes in their new series of spots:

Additional spots that MPC worked on include:

In addition to the ads from MPC and The Mill, Technicolor also got into the Oscar-ad action when Mike Hatzer, Technicolor Supervising Digital Colorist, was tapped to collaborate on the new Marriott International global marketing campaign “Marriott Bonvoy.”

This new initiative encompasses the rewards programs for Marriott, The Ritz-Carlton and Starwood. Directed by Jean-Pierre Jeunet and shot by cinematographer Janusz Kaminski, the campaign celebrates Marriott Bonvoy as a travel program that offers both extraordinary experiences and rich member benefits. Mike Hatzer provided color finishing for the campaign, which sponsored the second half of the Oscar broadcast.

Catch these exciting spots as they continue to run in the weeks ahead, and visit MPC Advertising and The Mill to view all of their latest work in the world of advertising.