Technicolor, MPC and The Mill Get Pumped Up for Super Bowl LIII – and Their Work on the Ads Seen by 100+ Million Viewers

Technicolor and our family of creative brands worked on more than two dozen spots that aired during this year’s big game. 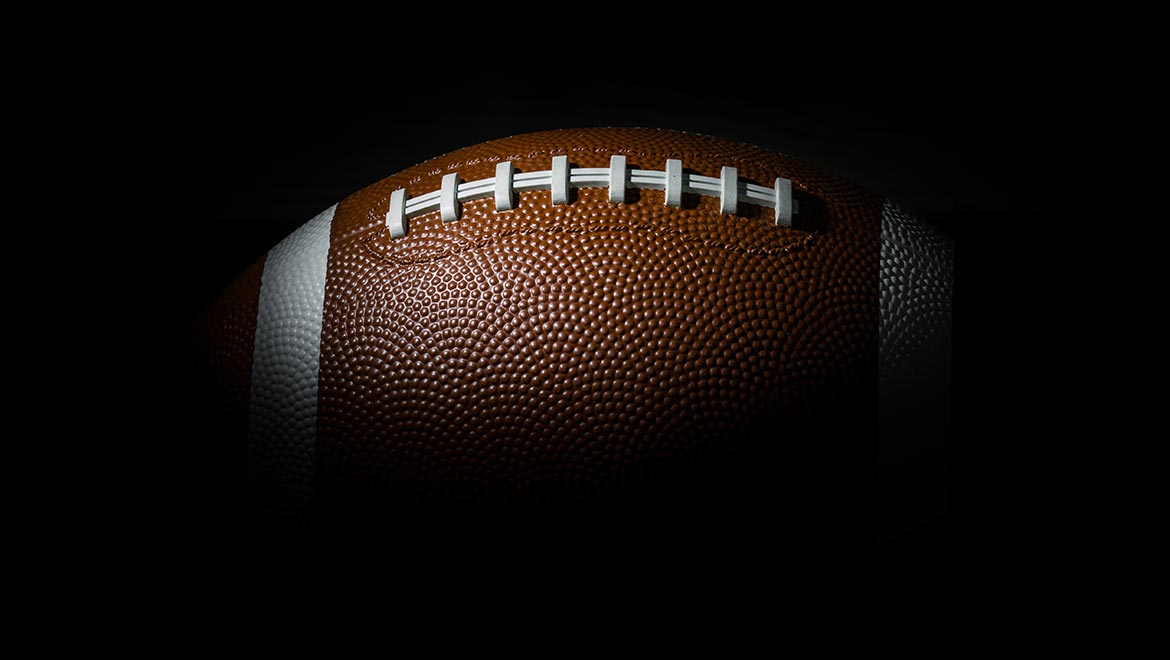 Technicolor, The Mill, and MPC are once again thrilled to work on many of this year’s exciting Super Bowl ads, which aired as the LA Rams faced off against the winning New England Patriots in Atlanta on Super Bowl Sunday.

As reported by the LA Times, the big game has topped 100 million viewers for the last nine years. The skyrocket ratings for the Super Bowl make it the prime venue for advertisers who want to make a major impact with their brands. With an average of $5.25 million for a 30-second spot, total ad revenue for the big game was expected to top $358 million.

Technicolor, MPC  and The Mill worked on many of the spots that aired during this year’s Super Bowl. 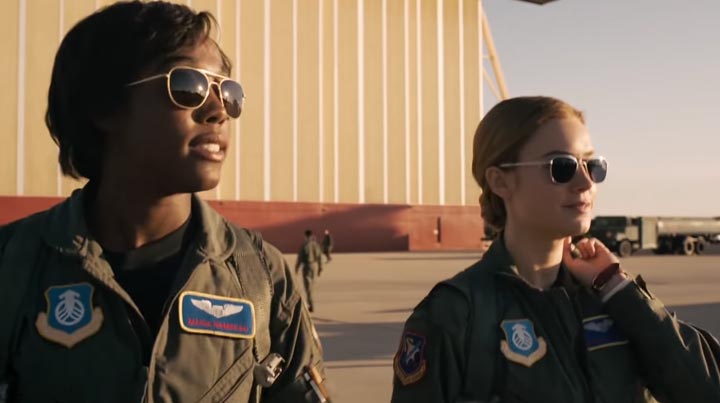 The trailer for the highly-anticipated ‘Captain Marvel’, directed by Anna Boden and Ryan Fleck, premiered during the game as well. Technicolor’s Travis Flynn partnered with the feature colorist Doug Delaney, to color-finish the trailer, while Carl McKay provided editorial needs.

Following the success of director Jordan Peel’s ‘Get Out’ comes his second film, ‘Us’, which depicts a family vacation-gone-wrong when a group of doppelgangers shows up and terrorizes them. Technicolor Supervising Digital Colorist Mike Hatzer provided color-finishing on the TV spot that premiered during the game. 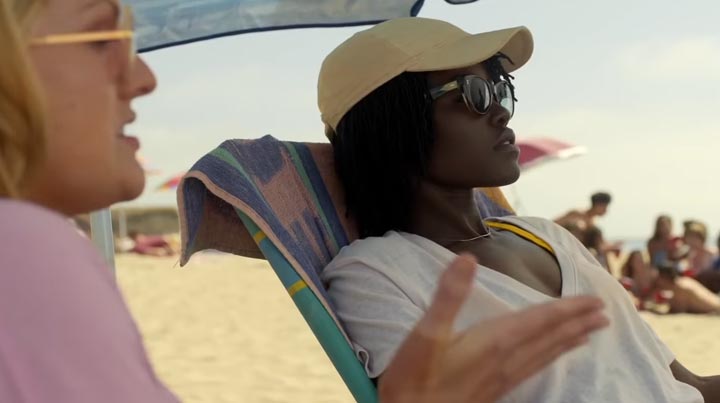 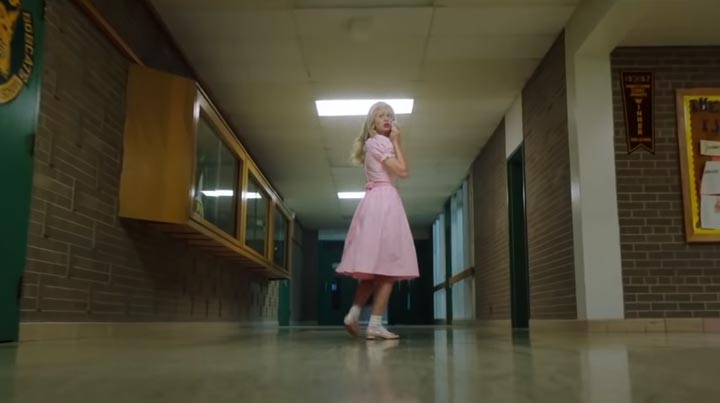 This year’s annual NFL spot kicks off the league’s 100th anniversary. Airing at halftime, the ad features an all-star cast of some of the greatest retired and active NFL players breaking out into gameplay in the midst of a celebratory banquet. 72andSunny and Friday Night Lights director Peter Berg of Film 47 teamed up with The Mill on the ambitious spot, which finished first in USA Today’s Ad Meter ranking by consumers. 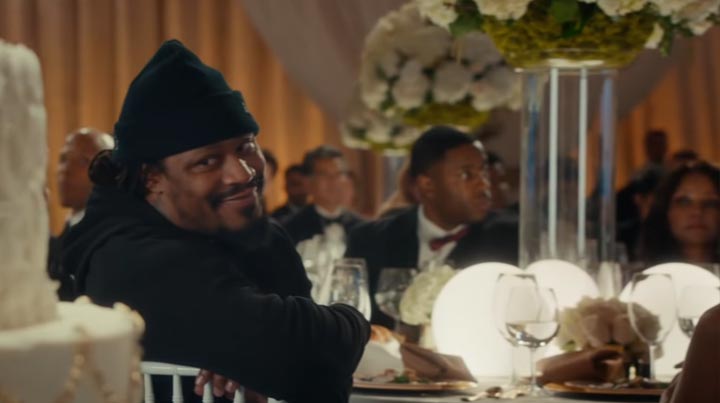 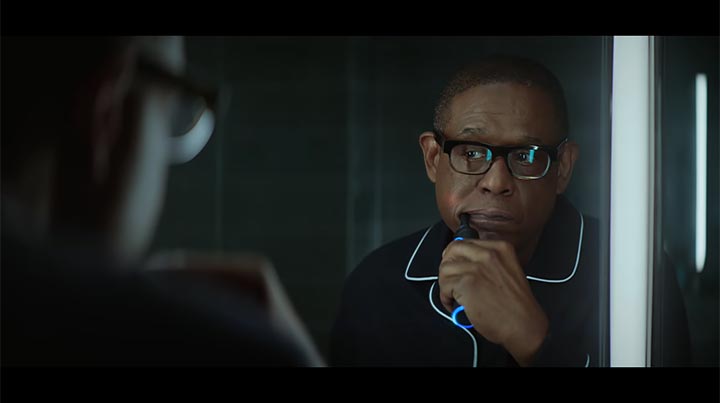 Amazon, ‘Not Everything Makes the Cut’

Amazon pokes fun at its beta-test products that didn’t make the cut as an Amazon Alexa device. The spot was a team effort for the Technicolor family, with grading from MPC’s Ricky Gausis – and The Mill joining forces with Hungry Man Director Wayne McClammy and Lucky Generals. Shot by DP Christian Sprenger, the spot features Harrison Ford, Forest Whitaker, Anderson Paak, Abbi Jacobson and Ilana Glazer from Broad City.

The Mill teamed up with Goodby Silverstein & Partners and Director Harold Einstein of Dummy on “Can I have a bublé?” Playing on the similarity in the name with singer Michael Bublé, the spot introduces four new Bubly flavors. 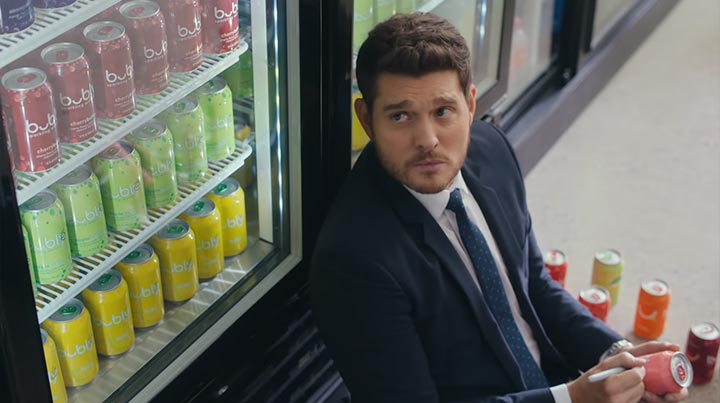 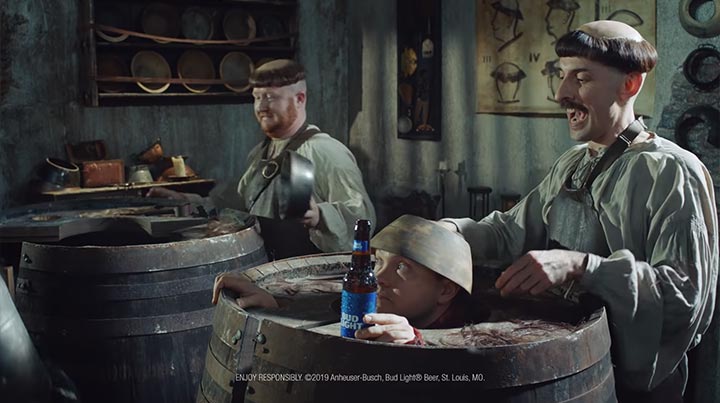 Bud Knight and the whole Bud Light Kingdom was back for another Super Bowl spot, 'Special Delivery’. The Mill teamed up once again with O Positive director Jim Jenkins and Wieden + Kennedy to help bring to life the beer kingdoms. 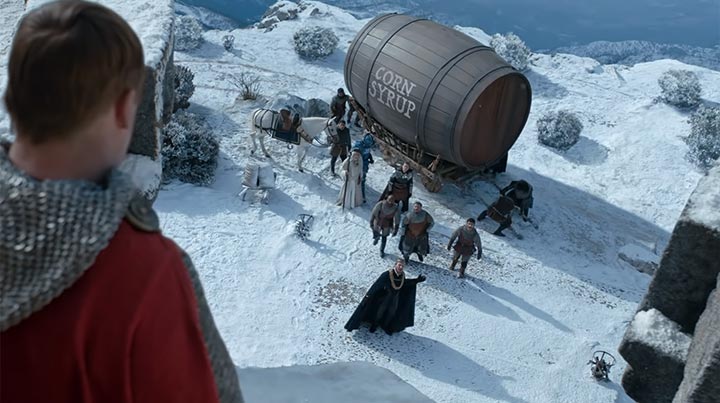 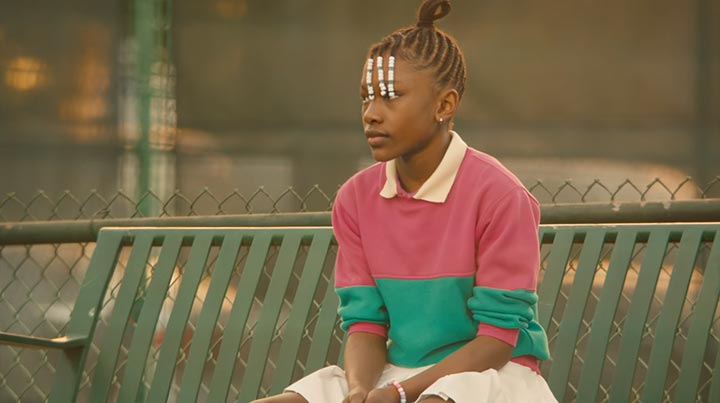 Bumble, ‘The Ball Is In Her Court’

This new Carl’s Jr. campaign from Arnold Worldwide aired regionally in California during the game. Traktor’s Sam Larsson directed the comedic spot featuring beach yoga and a plant-based burger, the “Beyond Famous Star.” MPC handled the finishing, with grade by MPC’s Ricky Gausis. 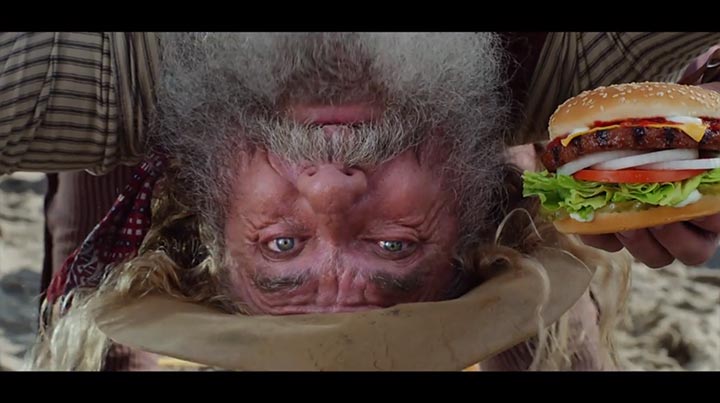 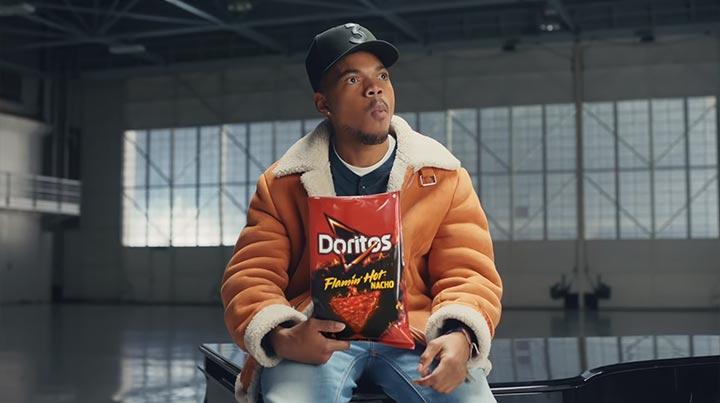 The Mill joined forces with Goodby Silverstein & Partners and Director Steve Ayson of MJZ for Doritos Super Bowl spot, which sees Chance the Rapper join the Backstreet Boys to perform a remix of their hit “I Want It That Way” – while introducing Doritos’ new Flamin’ Hot Nacho flavor.

The Mill collaborated on this Super Bowl spot as HBO and Bud Light joined forces for a Bud Knight jousting tournament against Game of Thrones fearsome warrior The Mountain. 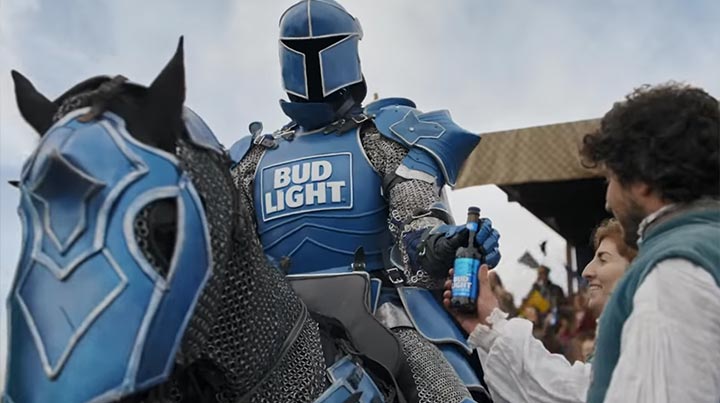 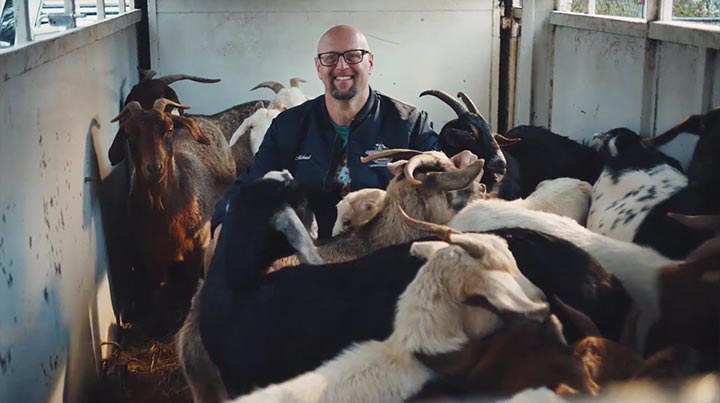 The Mill joined forces once again with Droga5 to bring Hennessy’s latest spot ‘Major’ to life. 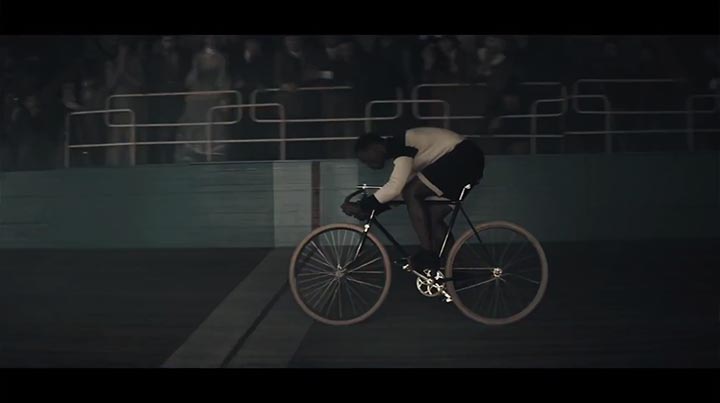 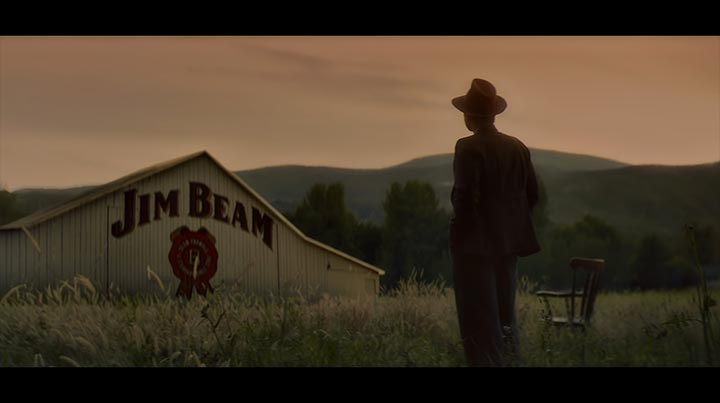 For Jim Beam's latest campaign 'Raised Right', The Mill teamed up with Serial Pictures director John Hillcoat and Adam&Eve to celebrate the lasting legacy of Jim Beam. The spot airing during the big game marked its first new global ad campaign in five years – as it recalled how the family-run bourbon brand rebuilt itself in the wake of Prohibition.

Kia, ‘Give It Everything’

Kia’s latest Super Bowl campaign from David & Goliath saw MPC’s Mark Gethin team up once again with director John Hillcoat, a long-time collaborator. The brand, which is opting out of celebrity endorsements this year and using the money to start The Great Unknowns Scholarship, focuses its ad on the people in a small town in Georgia. 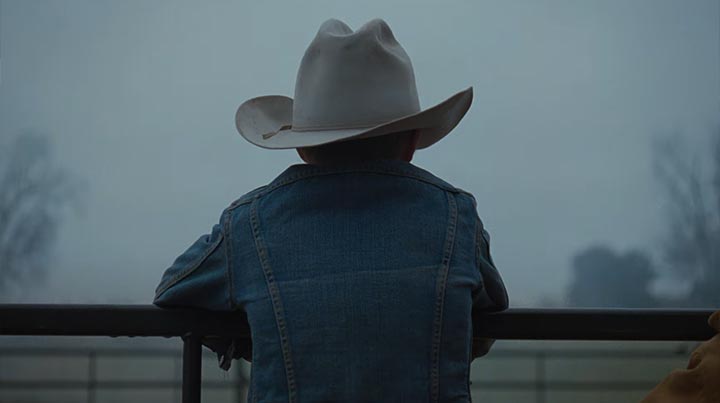 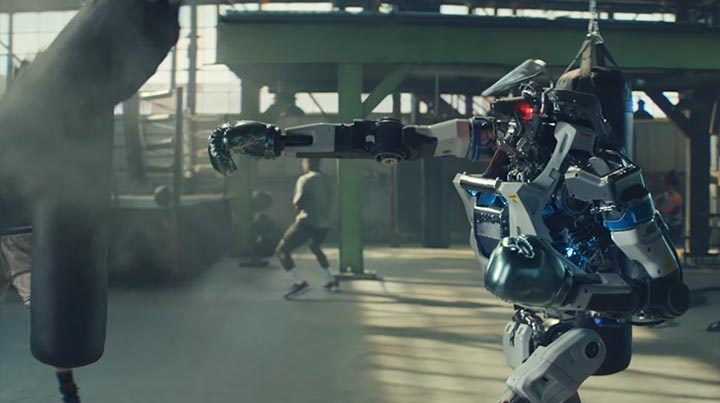 MPC worked on this spot in which a robot outruns and outplays humans in sports like golf and boxing, only to realize that it can't enjoy a beer with friends. In a cameo at the end, Colombian singer Maluma opens the beer at a bar with friends. 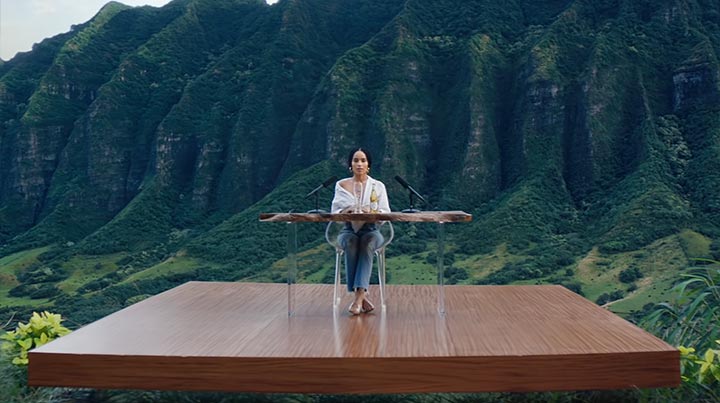 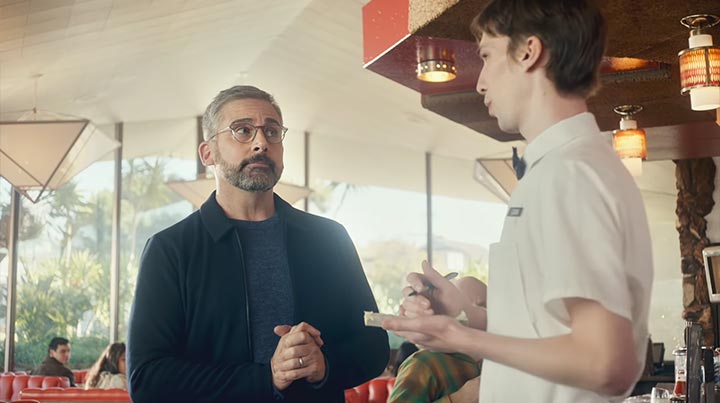 The Mill joined forces with Goodby Silverstein & Partners, along with Director duo Will Speck + Josh Gordon from Furlined for this year’s Super Bowl Pepsi commercial. Featuring Steve Carrell, Lil Jon and Cardi B, watch what happens when they all try to convince you with their well-known catch phrases that Pepsi is more than OK 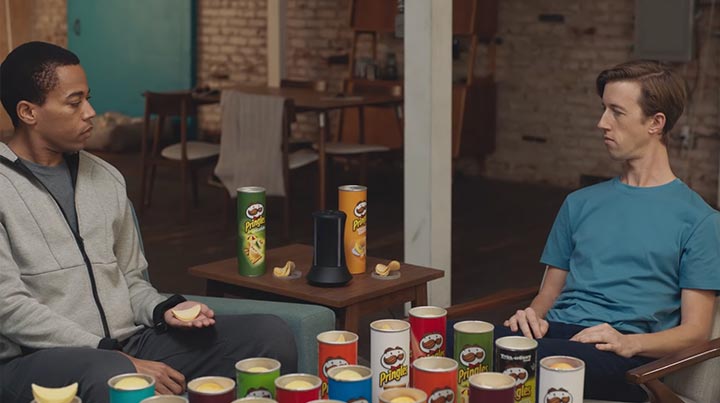 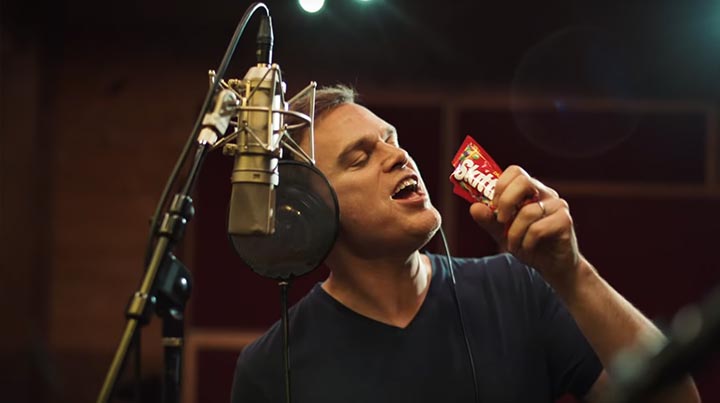 Skittles, ‘Advertising Ruins Everything’ and ‘Therapist’

For this year’s Skittles’ Super Bowl commercial, The Mill teamed up with DDB and Smuggler director Randy Krallman to help create a set of teasers for Skittles' Broadway Musical, which ran right before the big game.

Sprint, ‘Best of Both Worlds’

Evelyn the mischievous robot is back again, this time joined by sports legend Bo Jackson, a mermaid, and a ‘bird horse’ (you have to see it!) MPC partnered with Droga5 on numerous Sprint campaigns throughout the year, and were delighted to work on another Super Bowl ad with them for the second year running. 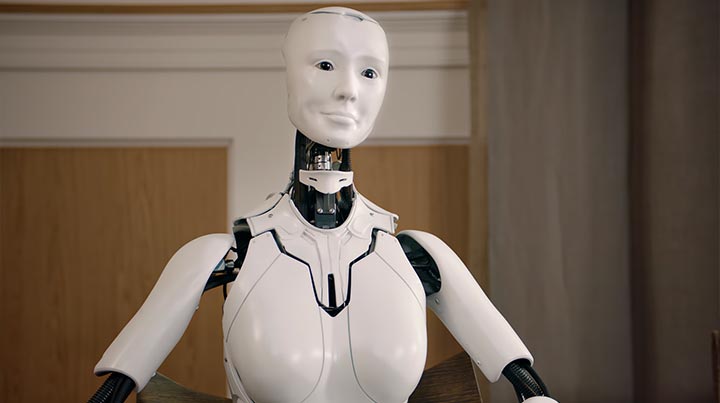 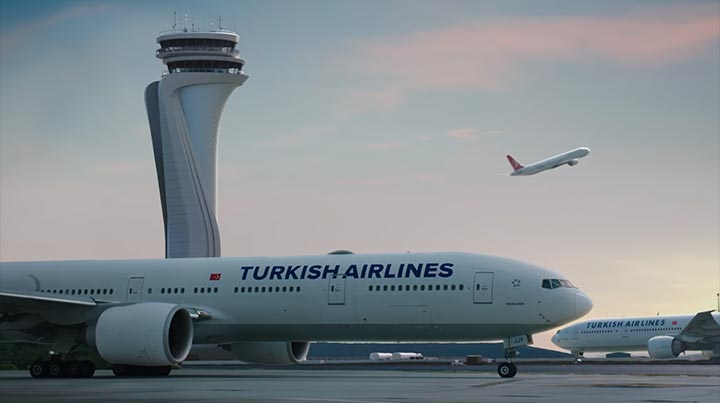 found the famed director returning to the world of advertising after 18 years. The plot features a cat-and-mouse chase around Istanbul’s iconic landmarks, revealing its new airport, soon to be the world’s largest. Anomaly partnered with Scott to direct the film with VFX from MPC.