MPC Film teams from around the globe created the Deep-Sea Creatures and all external assets outside of the submerged station on Underwater. 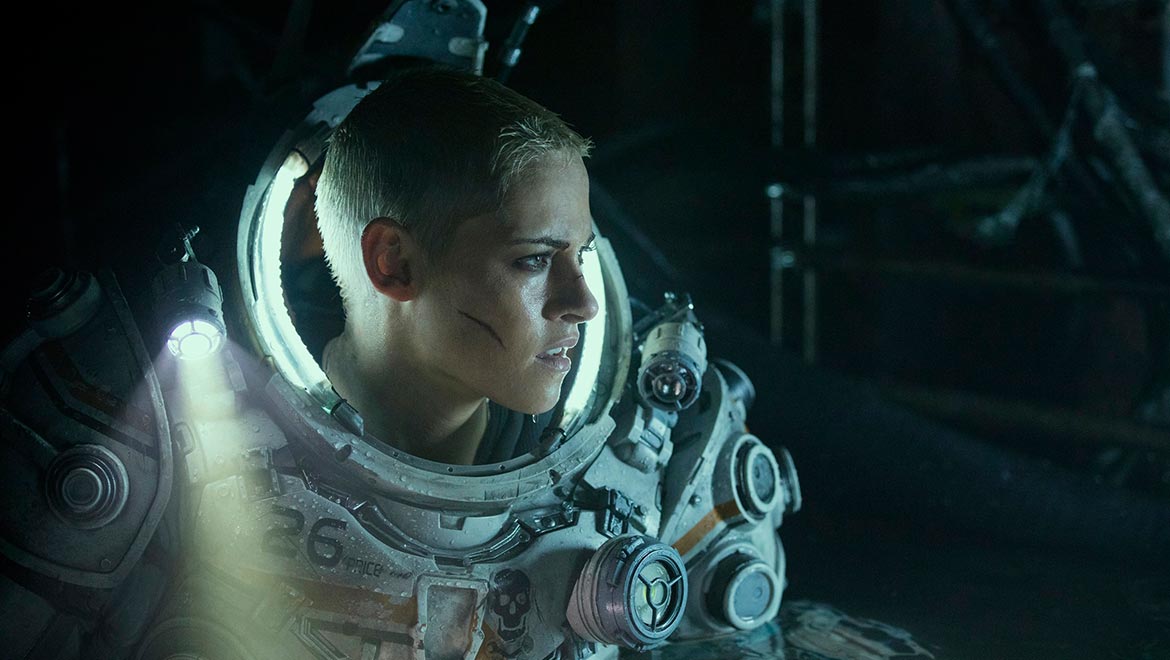 Underwater, the new action-thriller starring Kristen Stewart, T.J. Miller and Vincent Cassel, released this month – and in a classic blend of science fiction and horror, director William Eubank has delivered a stylish film that really instills a strong sense of claustrophobia, along with a creature that horror-genre lovers will not soon forget.
With cinematography by Bojan Bazelli, this film tells the story of a crew of researchers whose underwater laboratory is devastated by an earthquake. A small band of survivors must work to reach safety before the entire facility collapses – but something else has emerged from deep beneath the ocean floor and it has started to hunt the surviving crew members.
MPC Film’s VFX Supervisor Axel Bonami led teams in Montreal, London and Bangalore, completing over 400 shots for Underwater. The team created the full journey on a dry for wet shoot – from the submerged base and the whole pipe connecting to the Kepler Station; down to the ocean floor through miles of underwater desert and cold dark landscapes; to the final act at the main Roebuck station.

MPC built all external assets outside of the underwater station. Enormous attention to detail was needed to create the look of the CG water. Photorealistic bubbles, debris, silt and algae were crafted to give the feeling of extreme depth and claustrophobia. MPC’s R&D team focused on upgrading particle shading because of the amount required in shaping the underwater shots.

Francois de Villiers, Lighting Lead at MPC, said: “For the lighting work, it was a really interesting challenge to try to create the sensation of being deep underwater. We had to recreate the volumetric atmosphere using the torch lights on the suits and glimmering particulates floating by the camera and characters. It is very rewarding to see how our work came together in the end to successfully create the murky depths of the deep underwater setting.”

MPC Film’s Character Lab created Behemoth, a 700-meter-long deep-sea monster, who later is joined by thousands of other creatures. The Clinger, the main creature that hunts the humans, was designed to resemble an elongated, ghostly biped with pale, translucent skin. The designs for both creatures were based on concept art, but various sea life and deep-water creatures were used as reference for the realistic look of the skin qualities and detailing.

"The Clinger was a really unique character and unlike anything I’ve worked on before,” said MPC Lead Look Developer, Christopher Wilson. “The end result on screen, with its see-through skin and scary face was great to see and rewarding to do.”
Michael Langford, Animation Supervisor at MPC, adds, “Some of my favorite animation references came from when we shot footage at the Olympic Park pool here in Montreal. It was a great way to get into character and familiarize the team with how these creatures would need to maneuver in the deep sea.”
In addition to complex creature work, the film posed some environmental challenges for the MPC team. The most complex was a sequence where a cargo lift crashed to the ocean floor collapsing a maintenance tube. This scene was particularly challenging because the CG underwater environment being incorporated during the collapse had the addition of fiery elements of the damaged tube. This sequence required a combination of large-scale photorealistic water elements and realistic underwater explosions.

Fiction Machine states that Underwater is a straight-forward monster movie. If you enjoy the genre, then you will likely enjoy the film – which by the way, is the last feature to be released under 20th Century Fox, following its purchase and subsequent rebranding by Disney.
Visit MPC to learn more about their work on Underwater and other exciting films.