From script to screen, Technicolor was a dynamic creative collaborator providing Dailies, VFX, Color, Sound, and a wealth of Marketing Services work on the promotional assets for the show. 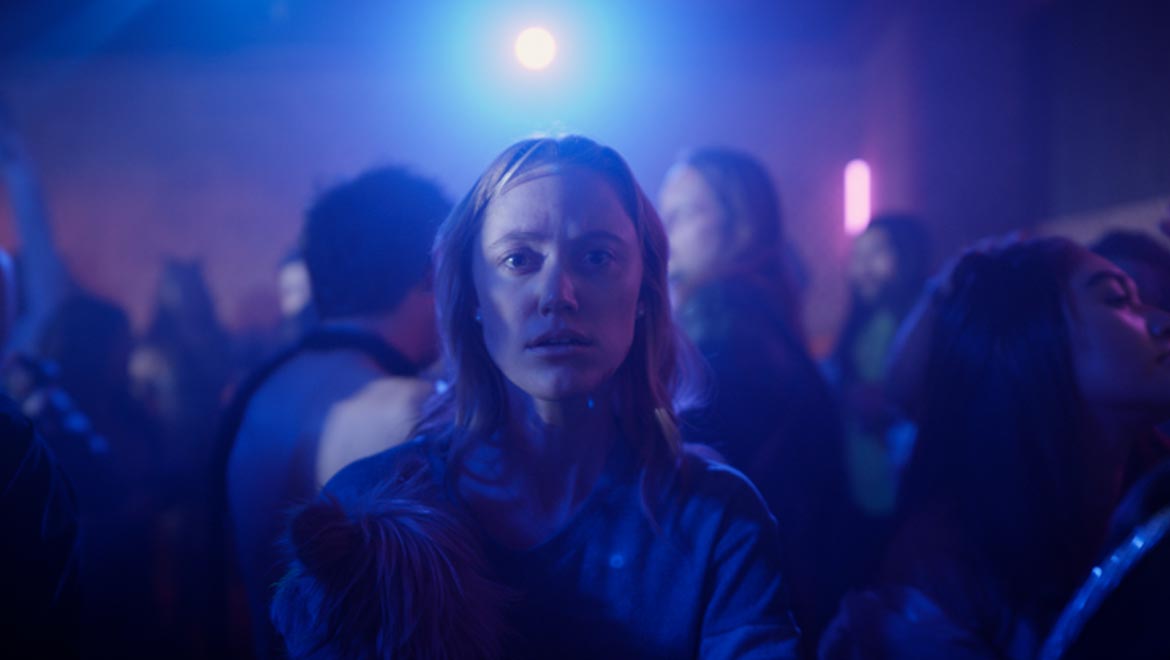 The new mobile streaming platform, Quibi, provides subscribers with original content for mobile devices, optimized in both horizontal and vertical viewing modes. Viewers can simply rotate their device to experience different perspectives. The horizontal is more akin to a traditional widescreen view, showcasing settings and background action while the vertical offers a closer look at performances and curated visuals. All content is filmed in 6K for optimal resolution in either viewing mode.

This month, Quibi premiered their first episodic show, The Stranger- a story of a boy who meets a girl, but in this case, he relentlessly stalks and tries to murder her.

The Stranger is one of the very first projects ever to be shot and produced specifically for mobile devices and it required a total re-thinking of traditional post-production processes which necessitated innovative action from all creative teams involved.

“Veena reached out as soon as she got the project,” Vincent recalls. “I dove into the Quibi specs, and what it would really mean to try and grade for a phone. While the team prepped for production, I did all kinds of phone testing. I took my phone outside, inside, bright rooms, dark rooms, curtains open and closed. I paid attention to the phone doing its own auto-adjust each time, seeing what the average was visually, so I could come up with a baseline that I felt we could grade to.”

After testing various workflows, it became apparent that Vincent would not only need to understand the baseline settings of the average phone display, he would also need to grade the project directly through a phone. 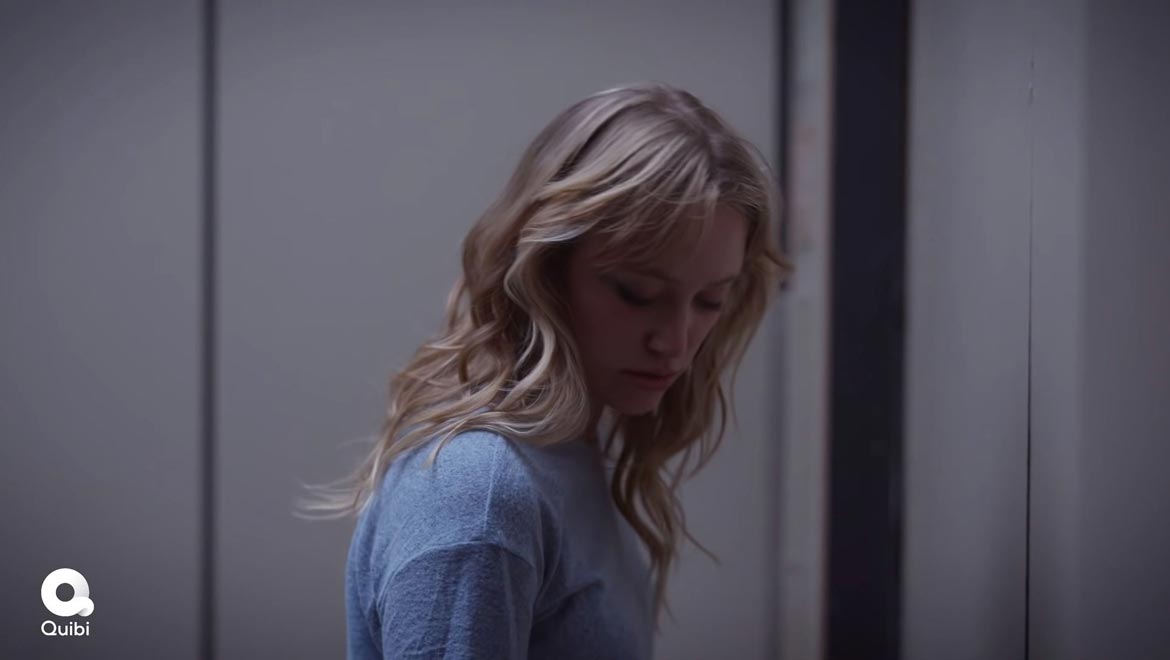 Technicolor was already developing TechStream – the mobile app designed to directly share grading sessions with creative collaborators and clients, from anywhere in the world –through a mobile device so The Stranger became the first show to utilize this new technology.

As the project progressed, TechStream proved to be invaluable. It provided mobile color-grading sessions and directly oriented the director and DP on how the show would be viewed and consumed in its completed form. It also established a perfect workflow for airtight grading on future mobile-streaming projects.

As part of the process, Vincent received an official phone for his color bay and, utilizing TechStream, streamed his own grading session to himself to see how the grade would ultimately be viewed.

“By utilizing TechStream, I was able to bring in the director and the DP during Pre-Production, and show them how different the grading experience was going to be on this project, a departure from the traditional grading method through the main monitor,” Vincent explains. “TechStream was used to clearly demonstrate how we would be making different choices in the grade than we might for a standard feature or episodic project. It helped for them to clearly see, as they were going into shooting, what we were going to be working with, and what the final output would directly look and feel like.”

Because there are many variances in mobile device specs, discussions were held concerning small differences that might potentially display the show differently than intended. The team worked together to ensure all action took place within a tight surface area, to ensure consistency across all devices and specific phone display settings, such as brightness and color, were considered. After a myriad of tests, Vincent found 60% to be an average brightness at which the phone’s display image would be least affected by changes in its immediate environment.

“And to uphold the average phone display baseline, we actually graded the show with the lights on, which we never normally do!” Vincent remarks. “I couldn’t do it in the dark, because the eye would let you see more than what most people would actually be seeing while streaming the show. So, I had to grade with the lights on, with my monitor brightness at 60%, and the dark-warm night-time filter removed. The optimal baseline setting for optimal viewing had to be locked, so that we would know how to hold our actual reviews, and really know what the show would look like going out into the world.”

Due to the generally small surface area of a phone screen (although some viewers may stream through their phones onto their TVs, which the show is also optimized for), it was imperative for the eye to be directed toward very specific places in each frame, which in turn needed to be  unique to either viewing mode (horizontal or vertical).

In addition to color manipulation and heavy vignettes, The Stranger features powerful yet subtle VFX work which enhances the cat-and-mouse series at every turn.

“One of the fun things about being a part of Technicolor is you’re able to view all parts of the post-production process,” says Ashley Samour, VFX Producer. “With The Stranger, each department was much more than a witness. We had the privilege of collaborating with editorial, color, sound, and even marketing in-house which was an important step in producing The Stranger correctly.”

In regard to the precision work of the VFX team, Samour continues:

“Each aspect ratio had a different cut to adhere to.  And that trickled down to getting the VFX right for each size. For example, a shot in the vertical version may be a few frames or a few seconds longer than the horizontal version because you would have to pan to show both characters in a conversation or a specific action taking place. On the VFX side, we had to be very diligent on which size had the longest cut to be able to apply the correct VFX and have it synced for both color and sound.”

The tight details captured in each curated 6K frame of The Stranger called for VFX work with equally precise application of effects. Samour expounds on the pixel-by-pixel edits after plate retiming.

“This was a thriller, so there were instances where even a discussion about blood placement and color or how much of it should be applied to a knife, door, or even face would last for weeks,” Samour recalls. “A specific issue we faced with blood splatter was that it didn’t look wholly natural compared to the practical blood we needed to match. Our team applied blood frame by frame to match reflection and refracting light to make the comped blood look as natural as possible adjacent to the practical gore used on set. When there’s that much dedication to detail in perfecting each pixel, you’re working with a passionate team.”

The Stranger is a short-form, episodic thriller and as with traditional thrillers, sound design helps to build suspense and intrigue, its storytelling importance is tenfold on a small-screen project like this one.

Technicolor Sound Mixer, Colette Dahanne was called on to ensure the sound enhanced the storyline.

”I love thrillers, dark and intense stories, so I was very excited to come on board,” said Dahanne. “I'm also a big fan of Veena Sud’s work (The Killing), so this was a dream come true!”

“Marcello Dubaz, our sound supervisor, contacted me and co-mixer Brad Zoern very early on to discuss the potential challenges of mixing a Quibi show — since the project would ultimately be played on mobile phones, with mobile phone speakers! Quibi wanted 7.1 and stereo mixes with broadcast specs (-24LFKS +/- 2). In a way, our challenge was to mix this project like we would a feature film but being limited with broadcast audio specs for phone playback! Because we wanted to have a mix where you wouldn't have to turn up the volume on your phone to the max to hear the subtleties (we wanted maximum volume within those specs), we made sure that the mix was as close to the ‘legal’ maximum level of -22LFKS as possible, which I believe we achieved.”

But how does one QC for the variety of mobile phones out there?

“At the end of our first mix day, we sent out the stereo mix for the clients to listen on their phones. Everyone had different phones, newer and older, and the translation was actually pretty good across the board. The only downside would be hearing less of the very low-end information from the score on the phone speakers (for best results, listening on good headphones is recommended).

From there, knowing that the translation from the mix stage to the phone was working, we could confidently mix in the style the show was calling for. Veena is very much into subtleties and details. I wanted to deliver a story-oriented, sophisticated and refined mix.”

Episodes of The Stranger are now streaming on the Quibi app.