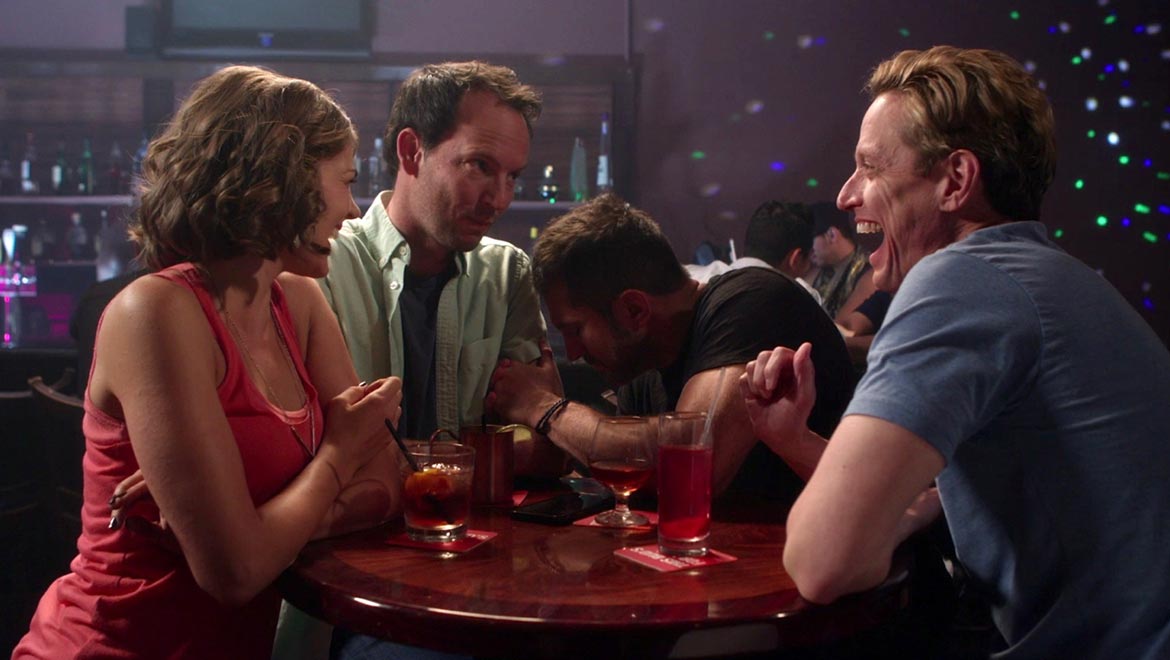 The New 30 is a six-episode web series that follows Elliot and his diverse group of friends as they navigate their 40s and discover that this chapter is just as unpredictable and challenging as life in their 30s. Here, creator Walt Bost discusses his show – and why 40 is The New 30.

Q - What was the inspiration behind The New 30?

A - When my nine-year partnership ended, my life drastically changed. In the aftermath of the fallout, I realized that I was basically starting my life over in my 40s. I think when people need something that they can identify with and that will make them feel better, they often turn to television or movies – which is what I did. But as a gay man in my 40s, I couldn’t find much of anything on TV or online to which I could relate. Nothing reflected what I was experiencing, all the doubts I was having about what I was doing with my life and where I was going now. When I tried to find a show that would make me feel like I wasn’t alone, everything I came upon was about gay teens, twenty-somethings, or millennials. And most of them featured the same kinds of gay storylines I had seen thousands of times. I thought that there just had to be other people out there going through the same kind of thing that I was.

I love working in post-production sound, and have done so for over twenty years now. But I also love filmmaking and have always been involved in independent production ever since my college days. Writing and directing is a huge passion of mine – it’s one of the reasons I moved from North Carolina to Los Angeles. What I was going through made me want to create something that addressed real-life issues and challenges that not only I was now facing, but my friends were as well. They were all in various stages of their lives; some were in relationships, some had just gotten married and were looking into adopting a child, some of them were eternally single but wanted to settle down and couldn’t find anyone. I realized that all my forty-something gay friends were living drastically different lives, and I didn't see their stories being told anywhere either. So it hit me that I needed to do something about this. I needed to tell these stories.

Q - Where did it go from there? How did you put that need into action?

A - I pitched the idea to my friend and fellow filmmaker John Sobrack, because he is a talented writer and has different skills than I do. My thinking was that if there were another perspective involved, it would only make the show better. Plus, I knew it would be easier to get the show made – a lot less stressful too – if I had someone do it with me. John sparked to the idea, so we got together and developed it. We also decided to write only the pilot to see if the concept would work. With the help of a good friend who's a casting director, we cast professional actors. We shot it and then had a friend, who was a professional editor, cut it for us.

When we looked at the finished pilot, we thought we had something and that it would make an interesting series. We wrote five more episodes and then did a Kickstarter campaign to raise the money, about $30k. Then, we shot the other five episodes.

Q - Tell us a bit about the production process?

A - My goal was to make the show as professional as I could. Having worked in the industry for some time now, my standards are high - and I know how bad it can affect a project when something sounds or looks terrible or you don't use real actors. So I did everything I could to make The New 30 look like a studio produced it.

The production schedule was tough because I had eight main actors and had to find time when they were all available simultaneously. It didn’t help much that it was a small little web series that paid them very little money, and they had to work around other jobs and responsibilities. Ultimately, summer turned out to be best, so we shot for eight days in July. We cross-boarded the shoot, which meant we shot scenes for different episodes on the same days depending on the location. The schedule had to be as tight as possible to pull off what was basically a feature film. We shot a lot in my house or other locations I had access to, like a friend's apartment and a co-worker’s house.

I wanted to make the series look as rich as possible with great production value. If I could get real locations for free or inexpensively, it was a no-brainer. I rented a rundown bar for cheap in Burbank and shot all the bar/club scenes there. A real art store in Sherman Oaks let me shoot inside for a hundred bucks – sometimes you do encounter some helpful, unselfish people here in L.A.!

Everyone truly had to be on his or her A-game because we didn't have a lot of money or time to waste. It was a no-frills production, but a lot of talented people wanted to be involved because of the subject matter and they felt that it was important to show these stories onscreen.

Q - What was Technicolor’s role in the series?

A - Technicolor ever-so-kindly provided all the sound post-production. I had editors who volunteered to cut dialogue reels and effects. My super-talented friend Vicki Lemar mixed it at Technicolor Paramount on her own time, and also recorded the ADR for me. I was extremely lucky because many of my co-workers wanted to help in whatever way they could, and I had a real advantage working in post-production and having the capabilities to do this with the budget I had.

Having high-quality sound is so crucial to tell the story – it’s half of your project! I always question filmmakers who approach me with post-production inquiries and then tell me they didn’t budget for this part of their production. Why would you not want to make your project the best thing it can be? You've done all of this work to write, cast, shoot and edit it – it’s imperative for the final product to sound rich and detailed. It’s the sound job that makes the story richer and ultimately makes your project be the best it can be. 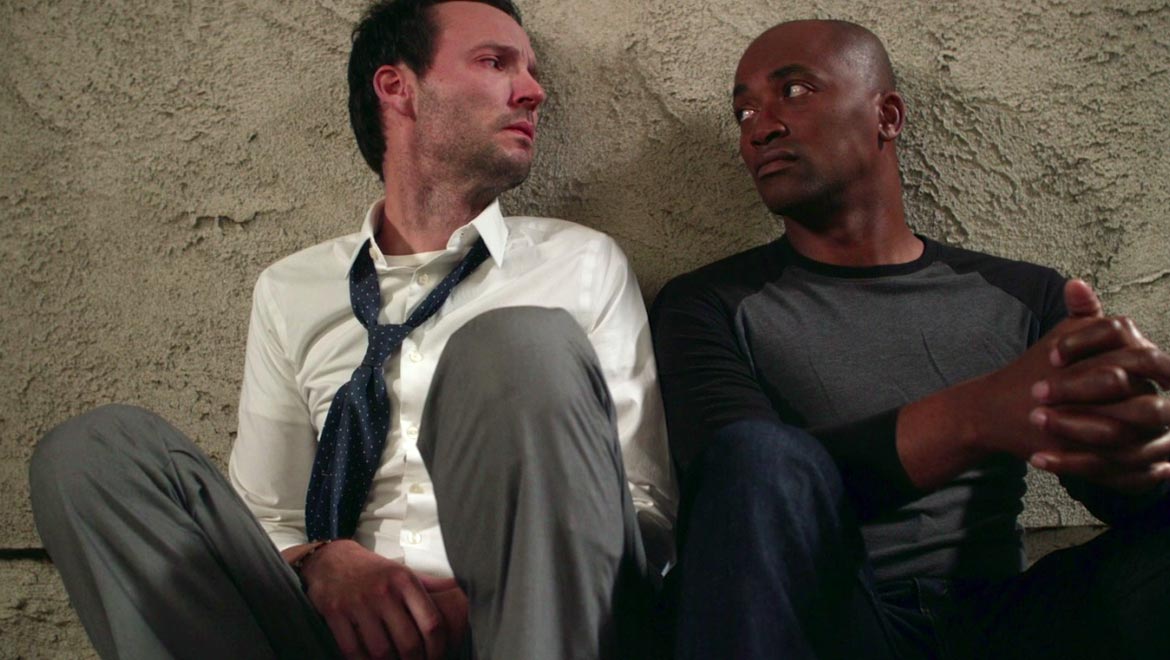 Q - What were some of the challenges you faced on this project and how did you overcome or work through them?

A - It’s been a long but extremely rewarding journey to get to this point. Just like any other independent project, you encounter roadblock after roadblock. But if you're passionate enough about what you’re doing, and you believe in it and yourself, you just find a way around them. I feel like I faced a million challenges on The New 30 – from the small budget, to the tight shooting schedule, to post production taking a tremendously long time…and I’m still facing challenges now. It doesn’t stop. I just kept believing, and kept my focus, and now the show is nominated for an Emmy against shows on major platforms.

Q - Congratulations on the Emmy nomination! Why did you decide to release the series on YouTube?

A - I attempted to get the show seen by folks at major streaming platforms, like Netflix and Amazon, because I believed it could stand up to the shows that were on there – and that there would be interest in a show like mine – but was unsuccessful. After trying for a good while, I really needed to get the show out there, and the actors also were eager for their work to be seen. So, I thought the best solution was to create a channel and launch it on YouTube. I knew it would get the widest audience there, and I knew that anything could happen – someone in Hollywood could see it and be interested in meeting with me about the show and a second season.

Q - How has the series been received?

A - It’s been absolutely amazing. Obviously getting an Emmy nomination is insane, and still hard for me to believe. On YouTube, the show has about a million views and over 6000 subscribers. All of this is wonderful. However, I would say that seeing the impact of the show on viewers has been the greatest reward. Reading some of the comments left on each episode has let me know it was worth all the effort to make this show. People around the world have left messages as to how much they love the series, and how refreshing it is to see a gay show about men in their 40s – and features a very diverse cast with strong, relatable characters. Viewers have finally been able to see themselves on screen, and issues with which they can identify. And they seem very grateful to finally watch a well-made, professional gay-themed show with real actors, great production, and solid writing. And the best thing is they want a Season 2. Every time a new positive comment pops up, it makes my day.

Q - You were nominated for an Emmy for a series you built from scratch; that must be an incredible feeling.

A - I never thought I'd be nominated for something that I created and wrote and was my own personal vision, so it’s pretty surreal and magical! And to think, I wasn’t even aware of the digital category for the Emmys. A huge thank you to my composer, David Frank Long, for making me aware of it – or none of this would have happened.

Q - What’s next on the horizon for you?

A - I just finished supervising the pilot for The Lost Boys, and presently I’m working on Veronica Mars and Grace and Frankie, with You (Season 2) starting up soon. John and I have written Season 2, and we’re actively looking for funding to make it. If anyone out there wants to help make that a reality, and continue to put these kinds of stories out there, I’m all ears.

Find out more about The New 30 and watch it HERE