Technicolor’s Work on Glass Brings Together the Narratives – the Looks and Colorful Characters – to Complete the M. Night Shyamalan Trilogy

Michael Hatzer, Technicolor Supervising Digital Colorist, worked early on with the filmmakers to develop the look for Glass, based on the aesthetic they set earlier in Split. 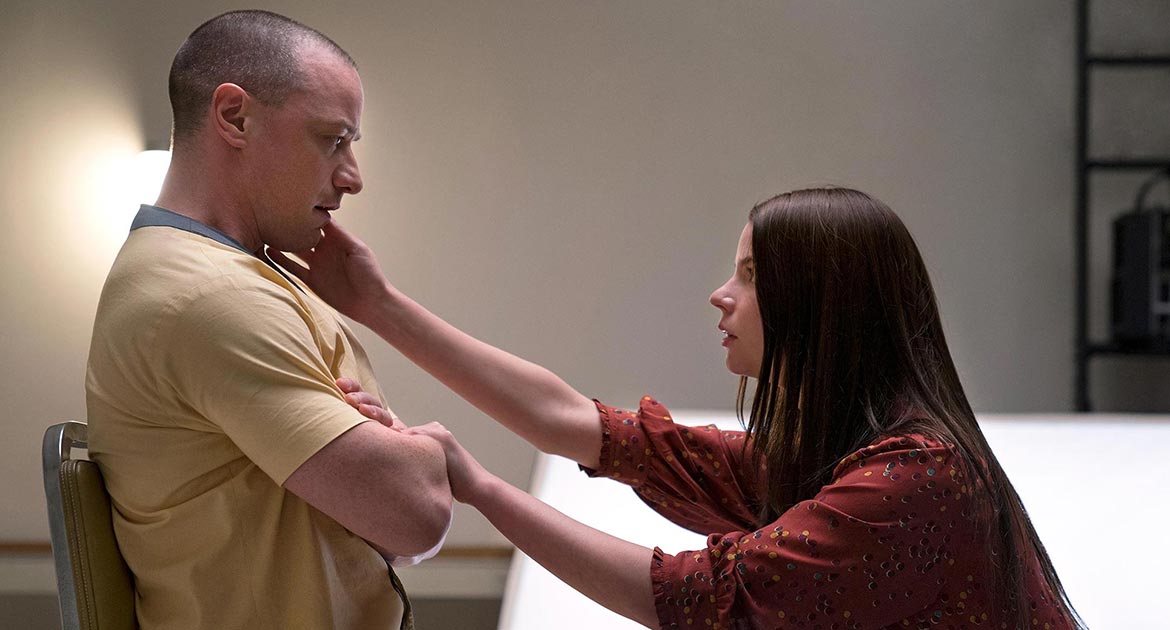 Glass is the third and final installment in M. Night Shyamalan’s trilogy, which began with Unbreakable (2000) and was followed by Split (2016). In Glass, which takes place three weeks after the events in Split, writer/director Shyamalan brings together the narratives of the first two comic book thrillers for a wildly escalating, climactic conclusion.

Samuel L. Jackson (Elijah Price, aka the shadowy Mr. Glass) and Bruce Willis (the superhuman David Dunn) were among the original cast members who returned, with others also returning from one or the other feature, such as James McAvoy (Kevin Wendell Crumb and his multiple identities from Split, including The Beast) and Spencer Treat Clark (reprising his role as Joseph Dunn from Unbreakable, now as an adult).

Like the talent on-screen, there was a lot of returning talent behind the scenes as well, including Technicolor Supervising Digital Colorist Michael Hatzer, who had worked with the director and cinematographer Michael Gioulakis on Split.

At the start of production, in the early stages of hair, makeup, and costume testing, Hatzer flew to Philadelphia with Technicolor account executive Ladd Lanford to begin developing looks for the feature with the DP and Technicolor Dailies Colorist Chris Giuffrida. Hatzer and Lanford worked closely with Technicolor's On-Location Services to facilitate on-set dailies and review for the director.

“One thing that made this job unique was when we moved with the production from Sun Center Studios in Aston, Pennsylvania to its primary location of Allentown State Mental Hospital, a hundred-year-old facility that has been shut down for many years and is in a state of disrepair,” said Giuffrida. “This made for a great backdrop for the film's climactic action scene – and quite an interesting, somewhat eerie experience processing dailies in an abandoned mental hospital long after sunset!”

(Building on their trusted relationship, the experience led to Giuffrida again working with Gioulakis on The Servant, M. Night Shyamalan’s series for Apple).

Glass was similar to Split in that most of the grading would be done remotely. However, early on with the previous feature, Hatzer had an opportunity to work in person with Shyamalan and Gioulakis. “This allowed us to develop an aesthetic for Split that carried over into the final look for Glass,” explained Hatzer. “So, although Glass was completed remotely, the groundwork for the look of the film was well-established, as was a natural rapport, which allowed our remote color sessions and final grading of the film to go very smoothly.”

Color in fact plays a very important role in Glass, with consistent themes carried through all three features. “M. Night developed an extensive color bible for the trilogy that includes specific color choices for each primary character – and also for their mental state and the situations they find themselves in throughout each film,” said Hatzer. “These ideas were established originally in Unbreakable, and then expanded as new characters were introduced in Split, and later on in Glass.”

As Hatzer notes, examples of this are clearly evident as posted by the director himself on social media: Mr. Glass’ primary color of purple, which helps to convey his sense of importance as the mastermind in the film; The Beast’s ochre tones, evocative of a Buddhist monk’s robe, which helps establish his role as a preacher or savior; and the interplay of monochromatic tones against highly saturated primary colors as an indication of the sense of belief each character has in their powers or abilities as real-life superheroes.