Among the films Technicolor worked on that premiered at Telluride Film Festival is The Cotton Club Encore, a special restoration project with director Francis Ford Coppola. 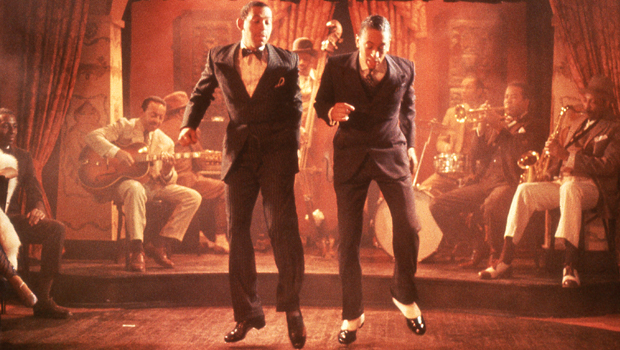 Now in its 44th year, the Telluride Film Festival featured another strong showing of projects, tributes, and world class cinema – living up to its reputation as an awards season bellwether. Technicolor was honored to have collaborated on many of the films at this year’s festival. One in particular was the hotly-anticipated screening of director Francis Ford Coppola’s The Cotton Club Encore – a full restoration of the film first released in 1984.

Technicolor not only provided color on the original film, but Coppola worked with Technicolor Production Services again on the restoration. Original cinematographer Stephen Goldblatt, ASC, BSC, also returned to oversee the film’s final color, working alongside Technicolor Senior Supervising Finishing Artist Steve Scott. The new “encore” presentation of The Cotton Club is Coppola’s definitive cut – a full realization of his creative intent on one of the greatest dance classics in Hollywood history. Sequences removed and lost had to be restored from the work print, a complex and expensive digital process. “What Technicolor did was miraculous,” Coppola told IndieWire.

Director Alexander Payne’s Downsizing was photographed by cinematographer Phedon Papamichael, ASC. It was color finished by Technicolor Senior Colorist Skip Kimball – reuniting the team that worked together on the Academy Award-nominated Nebraska.

Technicolor provided dailies out of NYC on Greta Gerwig’s directorial debut, Lady Bird, and Alex Bickel graded the film at Technicolor Postworks NY. Finally, Technicolor performed DI and VFX work for the filmmakers of Lean on Pete, a coming-of-age story directed by Andrew Haigh also getting a lot of attention at Telluride.

The festival’s highest honor – the coveted Silver Medallion – was presented to cinematographer Edward Lachman, ASC. Only days before the festival, Lachman could be found in a Technicolor Hollywood color suite, working with Colorist Steven P. Arkle (aka “Sparkle”) to put the finishing touches on a tribute reel that was showcased at the festival. Lachman, whose relationship with Technicolor dates back nearly 40 years, was the recipient of the ASC Lifetime Achievement Award earlier in 2017.

Visit Telluride Film Festival for all the news and highlights about this year’s prestigious event!