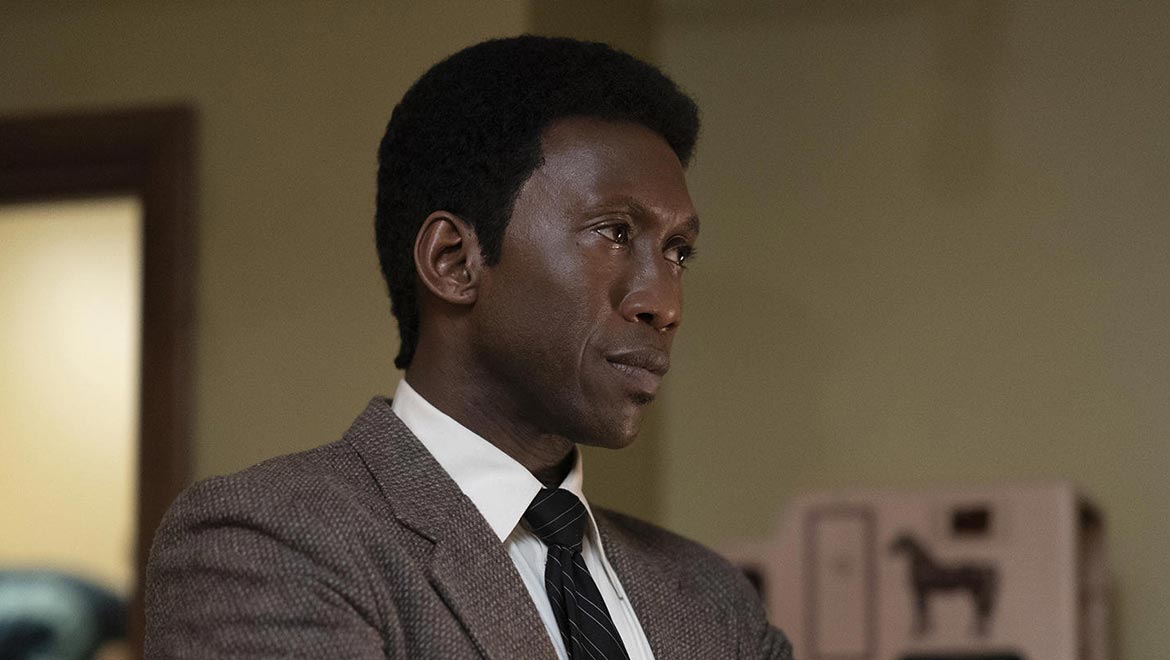 “The show interweaves three different time periods, the 1980's, 1990's and 2015” said Pankaj. “Production design, makeup, hair, props, and wardrobe were carefully designed to create that sense of time and space. Of course, Mahershala Ali, Stephen Dorff and other actors’ stunning performances bring to life the same nuances brilliantly. To take on such rich material in color grading it was vital that we found an approach that was stylistically unique, demarcated the time periods clearly but were not just stand-alone "looks". The visual treatment had to be in sync with the emotional trajectory and lyricism of the storyline.  It was a delightful challenge to find the right balance of tone and color and develop a homogenous and yet a distinctive palette so as the story progresses, you can weave in shots from the 80s, to the 90s, and back to 2015- subliminally experiencing those period transitions while keeping it fluid, like a piece of music.”

Season 3 was shot in Arkansas, where the Ozarks provided a stunning canvas for the filmmakers to place the characters and unfold their story.

“Scott would describe the cold, misty blue landscape of the Ozarks he saw as he drove to the set in the morning,” recalled Pankaj, “and it inspired me in terms of how people would feel living in that location at the beginning of the story.  I used a technique called layer blending, which allows you to manipulate depth, color and contrast through a variety of pixel blending algorithms. This allowed us, from the very start of the show, to create a sense of a cold winter in Arkansas - something lurking in the shadows and the forests, which plays into the mystery of the series.”

As the story evolves from the cool blue tonality of the 80s, into the 90s where the investigation in progress ultimately finds its way to the end of the story, techniques such as subtle use of ENR transforms, True Period Film Emulation, and modern-day Color Film matrix —created by Technicolor color science team of Josh Pines and Chris Kutcka— allowed us to explore imagery in a way that would not have been possible otherwise.”

True Detective was a Technicolor family affair, with Pankaj’s team including Producer Andy Gizzarelli working closely with Technicolor VFX. The VFX team, having already delivered more than 500 shots, anticipate another 400+ additional shots before the season wraps.

The majority of work comprised digital makeup enhancements. Interacting directly with Pankaj and team enabled the Technicolor VFX team to ensure, for example, the consistency of skin tone coloring as they broke out their digital makeup toolkit. A core and supporting team of 10 VFX artists worked on the show, led by Alex Knudsen, Senior VFX Producer and Supervisor, and Eroc Moralls, Lead Senior Compositing Artist.

“Beyond character enhancement to fit the later time period, we also had some opportunities to apply other fun fixes,” said Knudsen. “There’s one scene where Detective Hays’ (Ali) wife says something different than what was filmed, and we were the ones able to fix the movement of her mouth and animate it to match the new dialog!”

The team worked closely with Lori Slomka, Co-producer, and Tristan Mathews, Associate Producer at HBO, who were instrumental to the team effort and great spirit of collaboration that formed among everyone working on the show.

Technicolor’s The Mill and Antibody collaborated with HBO to create the opening title sequence for the new season. Partnering with renowned Main Title creators Patrick Clair and Raoul Marks, the Mill+ team fused elements of the show through animation, compositing, and transitions to construct an evocative look and feel that introduces the audience to the multi-timeline driven narrative, wild atmosphere of the Ozarks, and foggy state of mind of the main character.

Watch the first two episodes of True Detective premiering January 13 on HBO, with the remaining six episodes to air in consecutive following weeks.

Visit HBO for Everything to Know about watching Season 3!