Technicolor’s Mikros MPC teamed up with Dream On for a series of France 3 spots that had audiences forming deep emotional ties with their furry, photo-real stars. 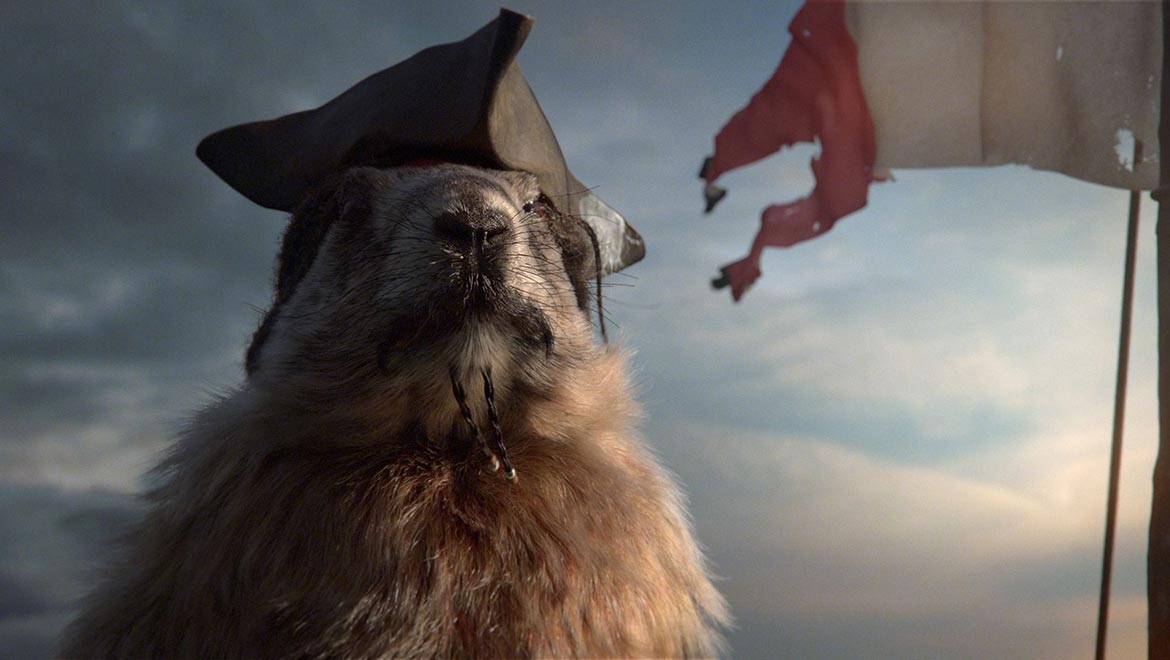 Technicolor loves creatures – and some of our recent favorites are the lovable “Les Marmottes” created for France 3’s TV idents (station identifications). The collaboration between Technicolor’s award-winning studio Mikros MPC and Dream On began on the initial campaign for summertime 2015, when nine films were produced and became instant hits – viewed by 3 million people on Facebook within 15 days and reaching 10 million views by the end of summer. The furry creatures became so popular that it caused a minor uproar when France 3 decided to replace them two years later.

“Les Marmottes” is a great illustration of how audiences and brands can be deeply associated with photo-real, CG characters,” says Benoît Holl, Head of Studio at Mikros MPC, citing strong fan reaction to bring them back.

The first series, Marmots Festival Season 1 (2015) and Season 2 (2016), featured the characters playing in bands in just about every musical genre – from rock to reggae, from jazz to mariachi, from The Beatles to Daft Punk. Set against leisure time backdrops that were entirely filmed, Mikros MPC provided 3-D animated characters and post-production services to integrate the characters into the various scenes. Animation of the marmots was based on the moves of actual musicians filmed special for this project.

“The challenge was to create realistic characters, with a right balance between human and non-human behaviors – as if marmots were bred to play music – and bring them to life in absurd situations,” says Guillaume Ho, Lead 3D, Mikros MPC.

When France 3 realized how beloved the marmots were to their audience, they commissioned Mikros MPC and Dream On for another series, Marmots Make a Scene 1 (2018) and 2 (2019). This time, Mikros MPC created both the characters and background in 3-D, as the marmots spoofed classic French movies and international hits, including Titanic, Pulp Fiction, Flashdance, ET, and Marilyn Monroe’s iconic subway grate scene in The Seven Year Itch. Today, “Les Marmottes” have their own replay section on France.TV, showing once more how characters can be fully part of a brand strategy.

“More than a project, “Les Marmottes” is a unique experience,” says Benoît Holl. “From a creative standpoint, we had the challenge to bring to life these characters, reaching a high level of realism while respecting the intent of Dream On for fictional and funny universes.”

“As we developed the new series,” he continues, “the animation and rendering of the marmots benefited from our own technological and creative advances [that enabled us] to make them more realistic and allowed us to design close-ups. Beyond the artistic and technological process, the real success relies on our close collaboration with Dream On in stirring up emotion and enthusiasm amongst the French viewers year over year.”

For the French premiere of Disney’s The Lion King, the artists of Mikros MPC paid tribute to the comeback of this iconic movie to the big screen with a new spoof created for the occasion. Within a month, “The Marmot King” reached more than 10K views on Facebook.

See more of their amazing creature and character work at Mikros MPC.